Tough relationships, and restorative ones. 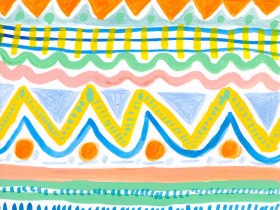 This week has been filled with positive energy.

I went to the beach with my friends. The current made it a little cold so we ended up lying out on the sand together instead of swimming, but it was a great way to savor one of the first hot days of the year. I tend to blame myself for things beyond my control, so I kept apologizing for it being too cold to go in the water as if I control the weather. My friends thought I was being silly and told me to relax.

The very next day I got to hang out with my new friend Karen and her friend Alicia. I had only met Karen once before through social justice work, we bonded as we walked around downtown New York. It’s always nice to talk and befriend other black women in social justice communities because there are so many moments when I feel crazy for thinking a certain thing, or being fed up with something, and then they confirm that they feel the same way and assure me that I’m not crazy. I find comfort in these friendships.

The three of us were all wearing tight dresses and sporting our beautiful afros. We received plenty of compliments, but we were also being harassed on every block we walked on. A man stared at us in a Starbucks and started dancing to impress us, I guess. Another hovered his hands over us and said “I love this, I love ittt.” We joked about how people love to pretend they love black girls with natural hair…as long as they’re “afrocentric.” It’s refreshing to be around people who know what’s going on and understand what we’re up against, but also want to have fun and joke around, too. Those friendships tend to be the most healing.

There are so many people who try to limit my complexity and refuse to see me as a multifaceted, dynamic being because I am a young black girl. They treat me like I’m stupid, and try to police the way I react to being disrespected. Telling me that if I want to avoid being offended I should respond in a nicer way, and, if I don’t I deserve to be met with further disrespect. And because I don’t like wasting my energy trying to explain myself I let them get away with it. Karen could relate and told me I’m right to be at one with my emotions and to not let anyone talk me out of them. I know who I am, and I’m going to own it.

I’m so thankful for the time that I had with Karen. It’s making me look forward to the summer as well as dorming in the city this fall so we can see each. We agreed it’s “gon’ be lit.” ♦