Chris was larger than life, and I struggled in his shadow.

Journey Through the Internet 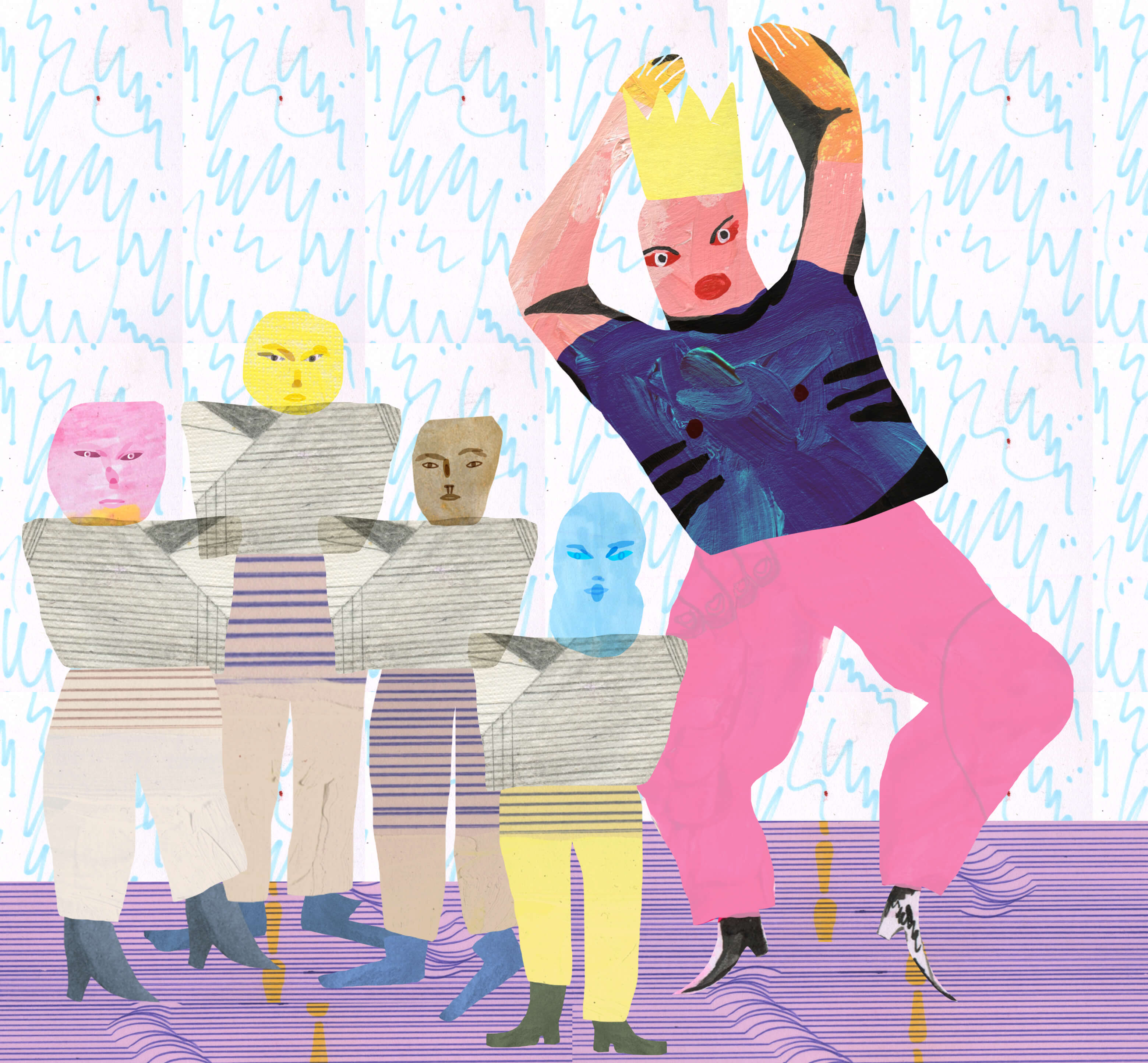 During my final two years of high school, I fell into a friend group that revolved around a guy I’ll call Chris. Tall, lanky, and always full of energy, Chris was a personality type all of his own. Unlike me, he was a classic extrovert, someone who managed to bring himself into every conversation he encountered in a way that was mostly humorous—even if he was the one laughing the hardest. He was an accomplished performer who had directed a student-run show in his junior year, and applied to top-tier colleges, eventually being accepted to one through early decision. Although Chris and I were in theater together, and took a lot of the same classes, I rarely interacted with him directly. He had an up-close-and-personal relationship with my friends, but he never really acted the same way with me. Sensing that I wasn’t very important to Chris—and given his importance to my friends and the general social atmosphere—I adopted a wallflower-type role whenever he was around. He was the sun, and I was a satellite.

One day nearing our midterm exam week, Chris did something not out of the ordinary for him. He made a Quizlet entirely about himself titled “R U a Friend?” and sent it to everyone he knew, insisting: “Everyone better get at least 75 percent.” It contained questions like, “What type of noodle am I?” and “Is it OK to apply deodorant during Spanish class?,” abstract questions that were certainly open to personal interpretation. After seeing the decidedly dismal grades that followed, he sent out another email: “OK, so it’s come to my attention that results aren’t too great. I will be holding a test correction session after school today. This is real. This is serious.”

That afternoon, he and around eight other people—including me, trailing along—hijacked the school’s choir room for two hours after school, and went over the answers for his quiz. Without anyone explicitly saying so, this “test correction session” became a complete improv act. Standing at the front of the room, Chris grabbed the teacher’s microphone that connected through the classroom speaker system, and plugged his computer into the projector for everyone to see. For the next two hours, Chris talked about himself and his life as though he was a professor, telling joke after joke tinged with his signature blunt sarcasm.

The degree to which everyone played along was unreal. My best friend sitting next to me took out her notebook and started diligently taking notes, even using a highlighter. Two other friends argued about the make-believe class’s extra credit assignment options. It was hilarious, even though everyone else took it so seriously that I was the one who most often broke character by bursting into laughter. But when Chris explained his eye-rolling tactic—if he and his friends decided they didn’t like what someone was saying, he would point directly at his eyes, roll them, and walk away—I couldn’t help but dart my eyes around the room, looking for anyone else who felt as weirded out as I did. Finally, Chris broke it off remarking, “You guys. You realize this is probably the most narcissistic thing I’ve ever done.” By this point, he had created a syllabus and class-rank roster, and we left that afternoon with a midterm video project assignment, and a formal name for the class: AP Chris.

Following that afternoon, I began to notice how Chris’s influence affected different parts of my life. He had always been the center of attention no matter where he was, but now some of our mutual friends began to adopt his mannerisms. They would gossip about people, roll their eyes at those they didn’t like, and tunnel their attention toward the select few they wanted to listen to. I wanted to purely hate Chris: He was pompous, he made me uncomfortable, when he was around my self-confidence plummeted, and he appeared to be turning my friends into monsters. Somehow, though, I just couldn’t bring myself to. Sure, I wasn’t crazy about him, but everyone else was. They were all pretty serious about his class! I didn’t know what to think.

The “AP Chris” bit went on for a little while, but lost its humor to me after the first meeting or two. From my perspective, it turned from a group of stressed-out students poking fun at the system of AP courses, public-school education, and college admissions, into one kid talking about himself in front of a bunch of girls (most of the class roster was female). I jokingly remarked to my best friend that it had turned into the Chris Fan Club, which she and a few others who overheard agreed with. I stopped going to “class meetings,” but I still wondered who’s there on Monday afternoons, watching his Prezis about his favorite cakes, or taking notes on his favorite rappers.

AP Chris was, at its core, an unapologetic display of self-confidence. Only someone as bold as Chris could make and execute an entire fake AP course curriculum about himself and expect others to laugh along with him and then voluntarily memorize his favorite albums of 2015. I admire that kind of confidence. I recognize that Chris’s unique power of holding people’s attention is not an ability I have, and I won’t deny that I was a little jealous. Maybe that was part of the reason that I was so turned off by Chris’s in-your-face personality, although at other times, I thought of his antics as an amusing spectacle that was, if nothing else, fun to watch. Still, I wonder if there’s a point where admirable self-confidence turns to grating self-absorption? I suppose the answer depends on whom you ask.

As we got closer to high school graduation, it became easier for me to put things in perspective and care less about making Chris like me. Instead of trying to fit in, I put more of my energy into my own passions, and met new people through that. As I began to let go of my preoccupation with Chris and to work on being friends with myself, our mutual friends also began to notice his not so great tendencies. By graduation, most people had drifted away from his universe. Everyone was calmer. I had my own identity now that I had escaped his shadow—an identity I was proud to graduate with, and can’t wait to take into the world. I have no doubt that Chris is ultimately destined for great things. He’s a born performer and is absolutely unafraid to showcase his talents. While our personalities often didn’t mesh, being around him taught me one thing: The world’s a stage, but sometimes, it’s OK to sit back and watch the players play. ♦