Tech Trek: Pictures of the Future 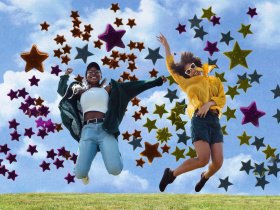 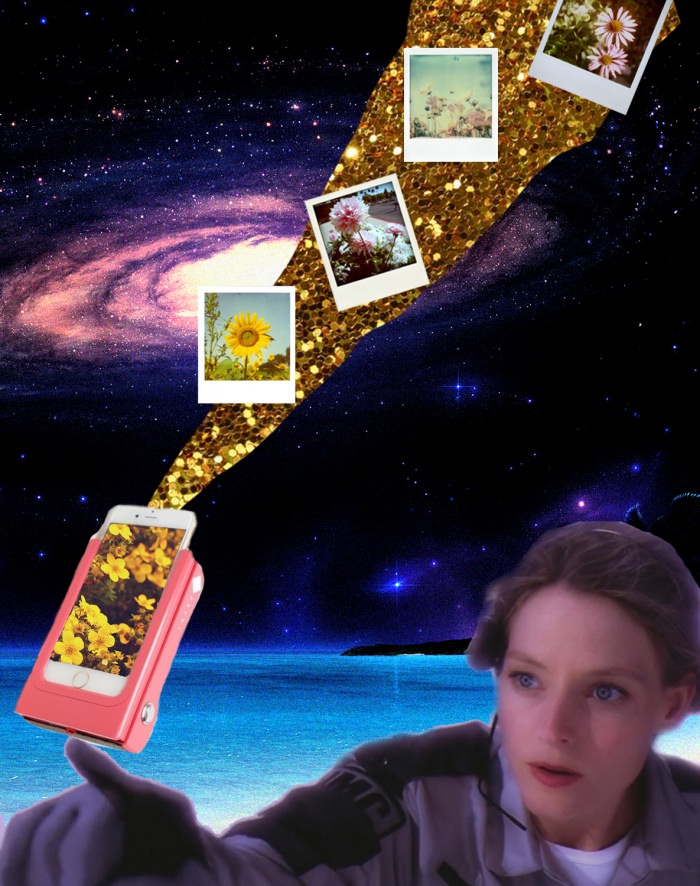 Step right up to this month’s edition of Tech Trek! We have two reviews for this installment. Amber tests out an interesting piece of social technology and Maggie reflects on Contact, her favorite sci-fi movie of all time.

The ’80s era Polaroid camera that I’ve had since elementary school finally kicked the proverbial bucket a couple of months ago. I’d been contemplating getting a new instant camera when I was introduced to the Prynt Case—a portable photo printer that you attach to your smartphone.* Now, I’d call it a photo printer, but it’s actually more than that—the technology that we’re dealing with here is pretty exciting. With the Prynt Case, your photos “come to life”! OK, so what does that mean???

To get started, you download the Prynt app onto your phone. Then you attach your phone to the device, take a photo followed by a short video clip, and print out your photo. Once you have that physical photo, you scan it with the Prynt Case (in the same way that you’d scan a QR code with your phone), which unlocks that video clip that you filmed along with your photo. The result is what Prynt calls “augmented reality”–something that one reviewer compared to the moving portraits from Harry Potter. (Yeah, that’s right, Muggle tech just got a little bit magical.)

Every photo that you take with the Prynt app is stored in the app and the videos are uploaded to Prynt’s cloud database. You have the ability to set the videos that you take to public or private. If you decide to make them private, you’ll be the only one who can scan and unlock the hidden video content. But if you make the videos public, anyone with the Prynt app and the physical Prynt will be able to scan and play the video. 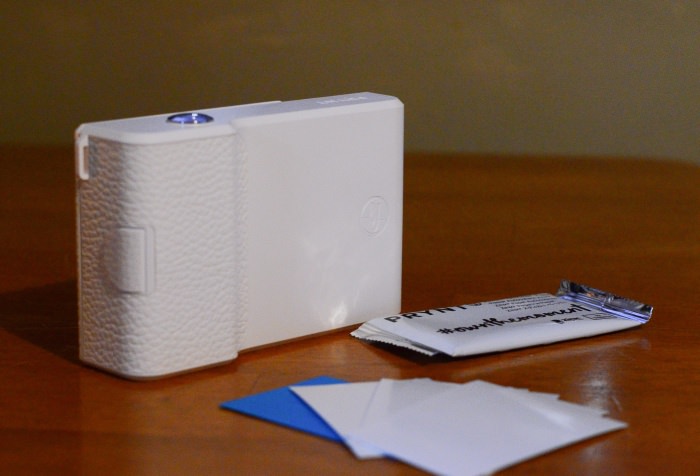 The design looked and even felt a little bit like a retro camera, which I thought was cool. To me, it seemed like a subtle hat tip to photography buffs. However, one of the first things I noticed about the Prynt Case (and what people who saw me using it commented on) is that it’s bulky–you obviously aren’t going to be able to slip this into your back pocket in the same way that you can slip in your phone sans Prynt Case. But it has a photo printer inside of it, so the size is understandable and acceptable. It fit easily into my hobo bag and is relatively lightweight, so it wasn’t a burden to carry. 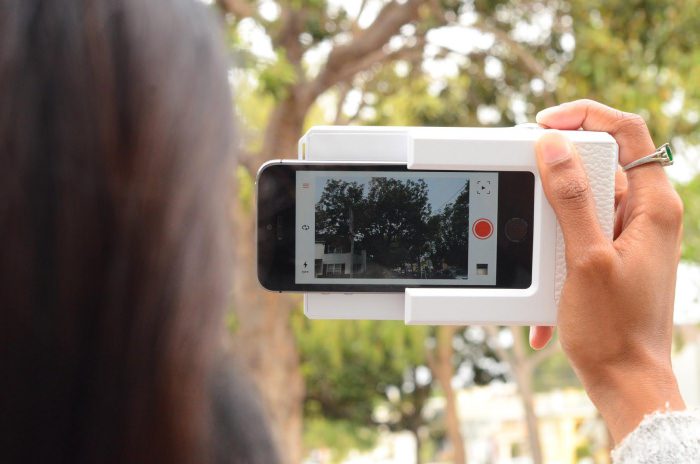 Overall, the Prynt Case and the Prynt app are easy to use and certainly intuitive (I didn’t have to repeatedly consult the instructions to figure out how to operate it). The app interface is very much like your phone’s camera interface. So, if you’ve ever taken a picture with your phone, you’ll be good to go.

When you finally do print, you’ll get a nice, high quality picture (313 x 399 dpi)–there isn’t anything blurry or pixelated about the image. There is a kind of blue tint that reminds me of the Gingham filter on Instagram. But for me that’s a boon–it gives the photos a cool vintage quality that’s similar to what old school Polaroid prints looked like.

The only real problem I had when trying to operate the printer was that on two occasions (when I used it for the first time after the Prynt Case had been powered off for several hours), an error message popped up telling me that there wasn’t any photo paper in the printer when I’d either JUST loaded it with paper or knew that there was paper inside of it. The way I remedied this was by removing some of the paper, thinking that perhaps the printer was actually overloaded. It’s a tried-and-true method that I’m sure most of us have probably attempted at some point when dealing with temperamental computer printers. After this, the photos printed fine.

Fiddling with the paper for a moment wasn’t a huge deal, but one of the coolest parts about having this Prynt Case is standing there with your friends and oohing and ahhing about this newfangled technology. When you have to fumble around with the device for a couple of minutes before everyone can enjoy it, you lose a little of that magic.

But when I say “a little of that magic,” I really do mean a little, because the most awesome part about the Prynt Case is the augmented reality, and the videos always played just fine when I scanned the photos associated with them. One thing that I love about photos, in general, is that there’s a lack of context. I have pictures of my grandfather when he was a young man, and I have no idea what was going on the day the photo was taken, or what his voice sounded like at the time, and all of that’s kind of cool. I can invent and imagine things about him. But I also think it would be pretty amazing to be able to hear him laugh while I’m looking at these photos I have of him, or to see the smile on his face actually form. There’s something beautiful about being able to bring your memories to life in the way that the Prynt Case makes possible. –Amber

Contact is the best sci-fi movie of all time, IMHO. It’s about a radio astronomer, played by Jodie Foster, who discovers a message from aliens inside a radio signal from a neighboring star. It’s based on the book by the real-life astronomer Carl Sagan, and explores the consequences–scientifically, spiritually, politically, and philosophically–of discovering that humans are not alone in the universe.

During his life, Sagan was both fascinated and frustrated by the debate between science versus religion. Sagan didn’t see the two as enemies, and in fact believed that “science is not only compatible with spirituality; it is a profound source of spirituality.” 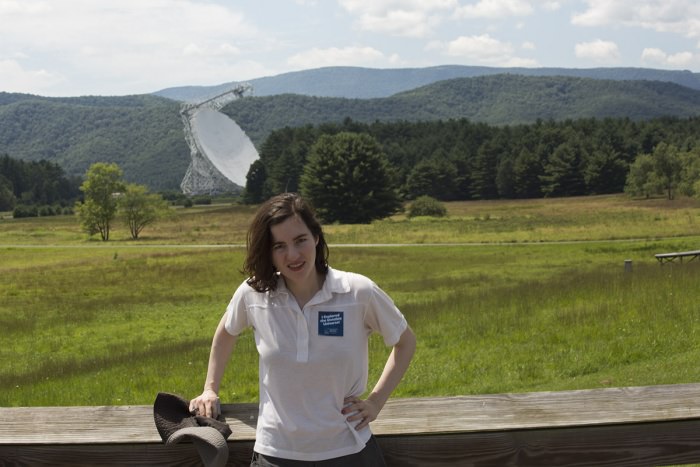 The plot of Contact is grounded in technology that already exists today, specifically radio astronomy. Radio astronomy is the study of radio waves coming off celestial objects. These waves are detected using radio telescopes, which are giant radios pointed toward space. In the movie, Jodie Foster’s character spends a lot of time just sitting with headphones and listening to empty static. But Contact manages to make radio astronomy feel really exciting and relevant.

The galaxy is so vast that it’s unlikely that aliens will just bump into our solar system and come visit us. So radio astronomy may be our greatest hope for discovering other intelligent life. Contact is an exhilarating movie that makes the case for funding radio telescopes so we can keep listening to space! –Maggie ♦

*A Prynt Case was provided by the company for this review.