Reviews of Rookie readers’ pets and other favorite animals. 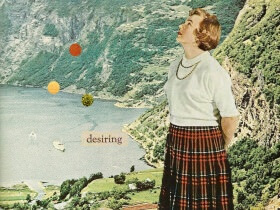 A Review of My Favorite Dogs

My uncle is a hearty New Zealand man. He’s a construction worker who builds the best fences in Auckland. He plays the drums, and he always gives me random gifts. And wherever he walks, he is followed by a parade of two black labradors: Jet and Apollo. Jet walks right behind him; he’s 10 years old, a little slower and stockier, and always on my uncle’s heels. (It reminds me of those photos of dogs that look like their owners, because they both walk like they could wrestle you at any moment. Though, they never would.) Apollo wanders freely, darting between the tail in front of him and all of the smells that he could be exploring. Apollo is only a few months old and was the last puppy bought at a closing pet store, so my uncle is raising him just like he brought up Jet 10 years ago. Overall they are fantastic dogs with an incredibly sweet disposition.

2. Golden Retriever on Top of a Car

I spotted this dog sitting on top of a car in a grocery store parking lot. He seemed very peaceful up there, and was welcome to all petting. Even more interesting than his location were the tiny booties he was wearing. I don’t know why he was sitting on the car, and I don’t know why he was wearing booties, but overall he seemed very confident, baller, and nice. Apparently he is a local celebrity around town, because multiple people have discussed him with me since I posted about him on Instagram. Shine on, you crazy diamond.

Everyone believes that their dog is the best dog, and everyone is right. The case is no different with my dog, Hubble. Hubble is incredibly finicky. After 10 years his best trick is “sit,” he barks at neighbors/mailmen/gardeners with the rage of a thousand suns, and he only eats his dinner if we also put a treat on it first. But he also torpedoes at anyone and everyone he knows with kisses and slobber and love. My favorite thing about Hubble is his relationship with my dad. My dad is an old British man whose closest form of canine affection is patting my dog on the head and calling him “Patrick” (apparently because “he’s fat and stupid”), but every Sunday morning they spend hours together sprawled across my couch watching soccer.

We got Hubble when I was in second grade, and because of this timing it feels like we’ve grown up together. It’s scary to see yourself age, but it’s even weirder to see the people (and pets) around you age, too. In the past few weeks, his hips have worsened to the point where he can no longer climb in my bed at night, and when I get home from school sometimes he just lifts his head in acknowledgement from his bed. (If I were in a young adult novel, this would be a metaphor for my ending youth and whatnot, but I’m at 17 as they come.) I’ve come to enjoy his gentler love; nothing says “I love you and I trust you” more than when a dog lays on his back and shows his belly to you for rubs.

I have two friends who are twins, and in elementary school they bought a pair of hamsters. My friends were notorious for fighting in elementary and middle school, and that behavior seemed to rub off on the hamsters. One day in fourth grade, one hamster ate the face of the other hamster! However, this was discovered by one of our friends, Jessica, who was visiting their house that day, and the twins were too sad to clean it up so Jessica ended up being the discoverer and cleaner of this mauled hamster. The other hamster lived a long and prosperous life. Ten out of five stars because there were two of them. —Zoe L., 17

My friend has this hilarious cat. He is obsessed with string. (What kind of cat isn’t?) One day he ate a big piece of string while my friend was sewing a dress. She didn’t notice until the next day, when he was walking around the house with a piece of the string HANGING OUT OF HIS BUTT. The cat chased the string for an hour and eventually my friend had to go to the vet to get the string removed. I give this cat three stars because it was pretty stupid of him, even though it was hilarious. —Cato A., 14

Pocky is a little toy poodle we adopted when I was still in middle school. He is very kindhearted, and I consider him to be my best friend. He is a cool guy because he likes to put his paws on the steering wheel and pretend to drive when we’re in the car. A lot of times when I look at him, he looks just like he is smiling, and it makes me smile as well. I’d give him five out of five stars! —Speed H., 17

I have never had any pets besides fish, or betta fish to be exact. They are about the size of a goldfish, but far more exciting. My first of these little fishies was when I was around four and it was named Salchicha, the Spanish word for sausage. The name I will credit to my sister, as she is a creative mastermind. Betta fish usually live between two to four years, and Salchicha lasted a good four. He was a very impressive fish and fascinated me so much that I demanded another. We then had two betta fish in the house for a short period of time and I, elegantly, named the second fish Boba.

By the time I was eight, neither Salchicha nor Boba were still alive, and I was fishless for the next eight years. Right around my 16th birthday, my older sister (now 21) came home from college with the gift of another betta fish. My sister is studying environmental science and one of the labs at her school had been doing a behavioral study on these fighting fish. Once the study was over, she took one home. Named after the video game, this reddish-pink pal is called Freddi.

Currently, my mom and I have had Freddi for five months, and he is a wonderful addition to the household. Having never had large pets as a kid, I find it comforting to know that I have a friend swimming around in our kitchen. I’m sure if I’d had a dog, or a cat, or a rabbit when I was younger I would love them, too. But something about the small, knowing presence of these betta fish has provided me with many opportunities to stop and think for a moment when things start to pile up. I also like to think of them as sassy fish because if two are placed in the same tank they will fight each other to the death. —Violet M., 16