The singer’s new video is an homage to playing hooky. 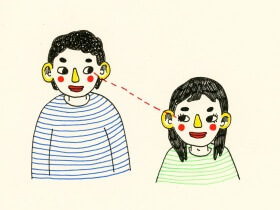 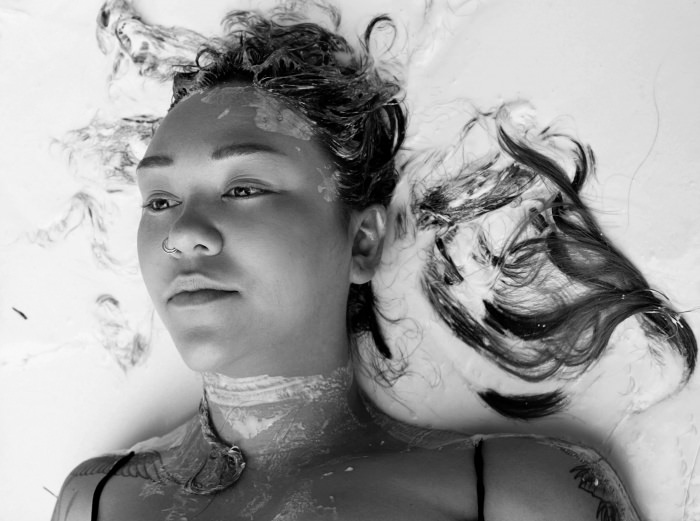 Seattle-based songwriter Nouela made a video for her new single “Nobody” that is a glorious homage to playing hooky. It will very likely make you want to fake a headache or sore throat to stay home, take some time to yourself, and spend an afternoon running around your house, making a mess and eating marshmallows:

I called Nouela last week while she was at class at the University of Washington, where she studies design. We talked about the ongoing process of learning to juggle school and life, all while working to make the art you want to make.

ANNE T. DONAHUE: The video for “Nobody” is wonderful! Was it based on your own experiences growing up or what you wished you’d done growing up?

NOUELA: It was a collaboration based on my experiences and a bunch of friends’ and the director’s experiences. My friend Ian directed the video and surveyed his friends and me and asked us what we liked to do when we were home alone. So we made this list of super-fun things we did as children, like shoving marshmallows in our mouths and things like that.

I love that! I also like that [the girl in the video] appears to have such a healthy relationship with her mom.

The girl in the video is actually my former piano student, and that’s her real mom! [Her mom] was there when we were shooting, and we asked her to act a little bit, and they were both great!

I taught piano for a while, probably around seven years. I’m still teaching one day a week at a music school in West Seattle, but I stopped teaching full time last September when I went back to school.

What did you go back to school for?

I went back for design!

Really! Are you still a student?

Yeah, I’m at the University of Washington as we speak.

So are you hoping to have two careers?

I would love to have two careers! What interested me in design was how open you can be—how you can work contract positions here and there. Design is something I feel passionate about as well. So I’m excited to do two things at the same time. I think your brain functions best when it’s busy and involved in more than one passion anyway.

Especially in the arts. Sometimes the more you do, the better your art will be.

That’s absolutely true. And I’m learning more about the visual aspects of creating music, and that’s something I’ve always been interested in. So it’s been great to dive deeper into it and get into it.

Have you always been an artistic person?

I would say I was an artistic person! In school I remember having to choose between art and music, and music always won, every single time. But I never had an opportunity to learn more about art. Now I’m 30 years old and going back to college and learning about the art world.

You played in bands before going solo. Was there a catalyst in deciding to make your own music?

It seemed fairly natural. I don’t really remember putting my foot on the ground and demanding I go solo or develop a solo career. I always wrote songs in the band I was in—the first band I was in—and I kept writing more and more songs that didn’t make sense in the context of that band. After trying to squeeze them into the band for so long, coupled with us growing up and growing apart, I decided to start recording my own music. And luckily, I met somebody who offered to release my music, so that’s how that started.

What are you hoping to conquer next?

I really like this thing where musicians are releasing one single at a time, as opposed to releasing whole albums. That’s the direction I’m looking at right now: releasing a series of singles coupled with imagery related to that single, and taking it one song at a time. ♦