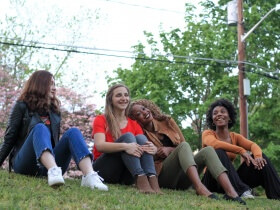 As Long As We're Together 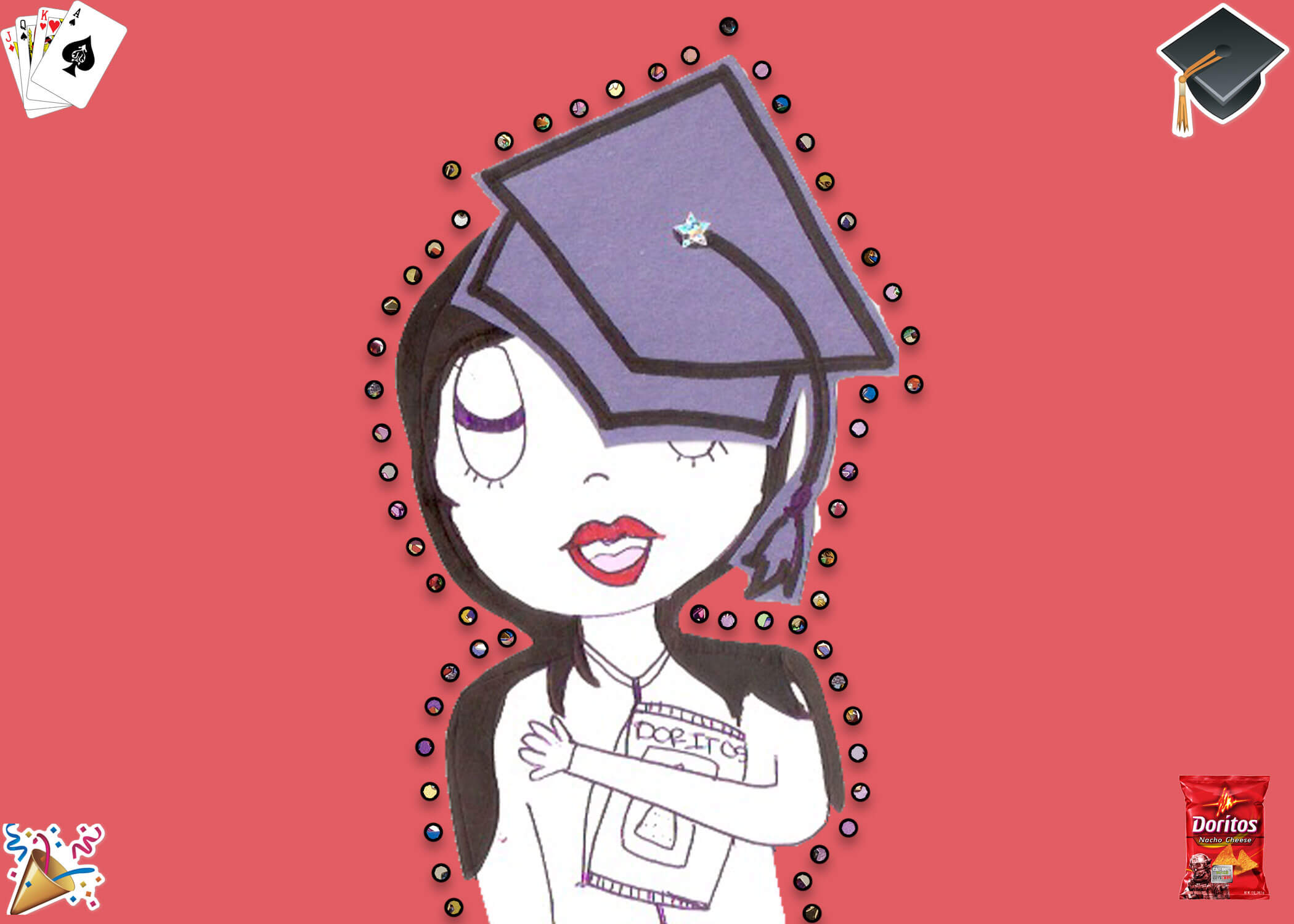 Pop culture contains a million and one examples of the mundanity and horrors of high school, and there are just as many that build up the perfection of prom night. After years of seemingly endless homework, piles of projects, and mind-wringing exams—and the compounding stress and anxiety—I really did start to subscribe to the idea of prom as a reward for enduring the academic trials of the years before. According to the sentimental recollections of alumni and teachers, at its best, prom was this incredible gathering of formerly divided classmates. Together we’d acknowledge the end of high school, and all its irritations, and look toward the future. The way they talked about it, graduation and prom were transcendent, life-changing experiences, and their ardor instilled hope that there still might be a picturesque, one-size-fits-all grad experience in my future.

My official high school graduation ceremony was a full cap-and-gown commencement followed by a fancy banquet dinner and dance hosted at a local conference center. It was hyped up a ton through near-daily school announcements of banquet ticket sales and frenzied discussion about grad dress cuts and colors. But what really had everyone talking was the after-party. Rumors swirled for months about where it would be, who would organize it, how much alcohol everyone could bring, and if there would be adult chaperones. Because unlike the official grad festivities the after-party wasn’t run by school authorities, there was much more potential for WILD TIMEZ than at the tightly-controlled ceremonies held by the school. Two girls from my grade eventually took the initiative to put together the after-party—renting three buses for transportation to and from an undisclosed location to prevent drunken driving by attendees, choosing a venue, determining the rules, and distributing waiver forms to be signed by parents or guardians—and gradually, information began to leak about what would be going on at this secret party that everybody knew about.

The planning of the after-party didn’t come without problems. There was a silent feud between those who desperately wanted the event to happen and those who violently opposed it. When too few students returned their waiver forms by the deadline, some of my classmates made passive-aggressive comments on Facebook about those who refused to attend in an effort to intimidate other students into going. There were other issues, too. The girls organizing the event were part of a particularly notable social group at school, and over time I began to hear whispers about their favoritism. One of my friends texted me a copy of the lists of students assigned to each bus and pointed out that there were clear divisions, with all the so-called popular kids on the first bus with the organizers and everyone else divvied up by their perceived social standing. While my friends and I knew that the organizers were bound to seat themselves with their friends, we weren’t expecting such clear lines to be drawn about where in the social pecking order each attendee stood. There was something off-putting about sticking to these tired classifications when our graduation was meant to be a celebration of and for the entire grade. I was repelled by the idea that the organizers were, first and foremost, planning the after-party for themselves and their friends, and only extending invitations to the rest of the class under the guise of inclusion.

The drama and exclusivity turned me and my friends off this weirdly hierarchical event. Over lunch one day, we decided that after attending our school’s grad banquet, we would eschew the after-party for our own celebration. Set on celebrating the night with our closest friends, we planned to indulge in massive amounts of Doritos, play card games, and take the time to reminisce before our paths diverged. This alternative after-party was a way to come together for one final, official acknowledgement of our shared high school journey. Knowing that we’d each be surrounded by friends, the people who’d been integral to our years of collective growth, made our plan feel particularly special.

In the days leading up to grad, we heard more and more about all the fun that would be going on at the after-party, it was on everyone’s lips: “Are you going to the after-party? Are you going to the after-party?” Constantly hearing about it made me a little concerned that I might be missing out on hanging with my whole class during the most hyped party of the year. The FOMO was almost inescapable, and I worried that my classmates might judge me for electing to separate myself so completely from them when the night was supposed to be about unity. I still wanted to experience that euphoric, ever-elusive acceptance alumni talked about; I wanted finally to overcome the seemingly insurmountable social boundaries between the different groups. Plus, it was decidedly uncool to opt out of a wild night of drinking and bonfires. I thought over my choice over and over before grad night—Does this make me look like a weirdo? Should I just suck it up and go?—until the questions blended into an endless vortex of confusion. My friends reassured me that we were going to have a blast, I just needed to calm down, they said, and a week before graduation, I found myself content with my choice.

After dancing and pigging out at the grad banquet with my friends, we went to a mutual friend’s house where we ate and played card games until a couple hours before dawn. Monopoly Deal games were won and lost, we laughed over the dumb stuff we’d said and done as freshmen, grumbled about the banal homework assignments we’d had to hand in, and recalled the funny and exciting moments of student union events. We relived the fragments of experiences that had made even the worst moments of school bearable—being comforted by friends, venting to people who cared, and adventures at the mall after a long week. Sitting under the dark night sky with my friends, I didn’t regret going against the grain and ditching the post-grad event; we were too busy doing our own thing and cracking up over our own escapades. (It turned out we’d made a pretty good decision, too. According to a friend of mine who went, the other after-party was a bit of a disaster.)

When I left my friend’s house at 3:30 AM, I felt almost frighteningly tranquil. I’d chosen to skip the official after-party in favor of the company of my close friends and a night of comparatively calm games, and I wasn’t worried about the judgment I’d spent so much time thinking about before graduation. That night allowed me to let go of my fear of being perceived as “less cool” by the partying crowd. I don’t think I’d have had a better time trying to force myself to follow someone else’s vision of a great graduation night, and sticking to my guns meant my party was tailored to me. Even if it deviated a little from the expectation of unbridled drinking and dancing until the departure of the final bus, it was my grad, not anybody else’s, and I spent it with people who made the night better than any other party could have been. The simple pleasure of being surrounded by friends I loved, and the memory of laughing until I cried was much more than enough. ♦