I won’t be polite about antiblackness. And I won’t hide my anger. 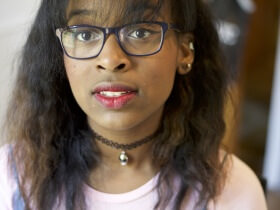 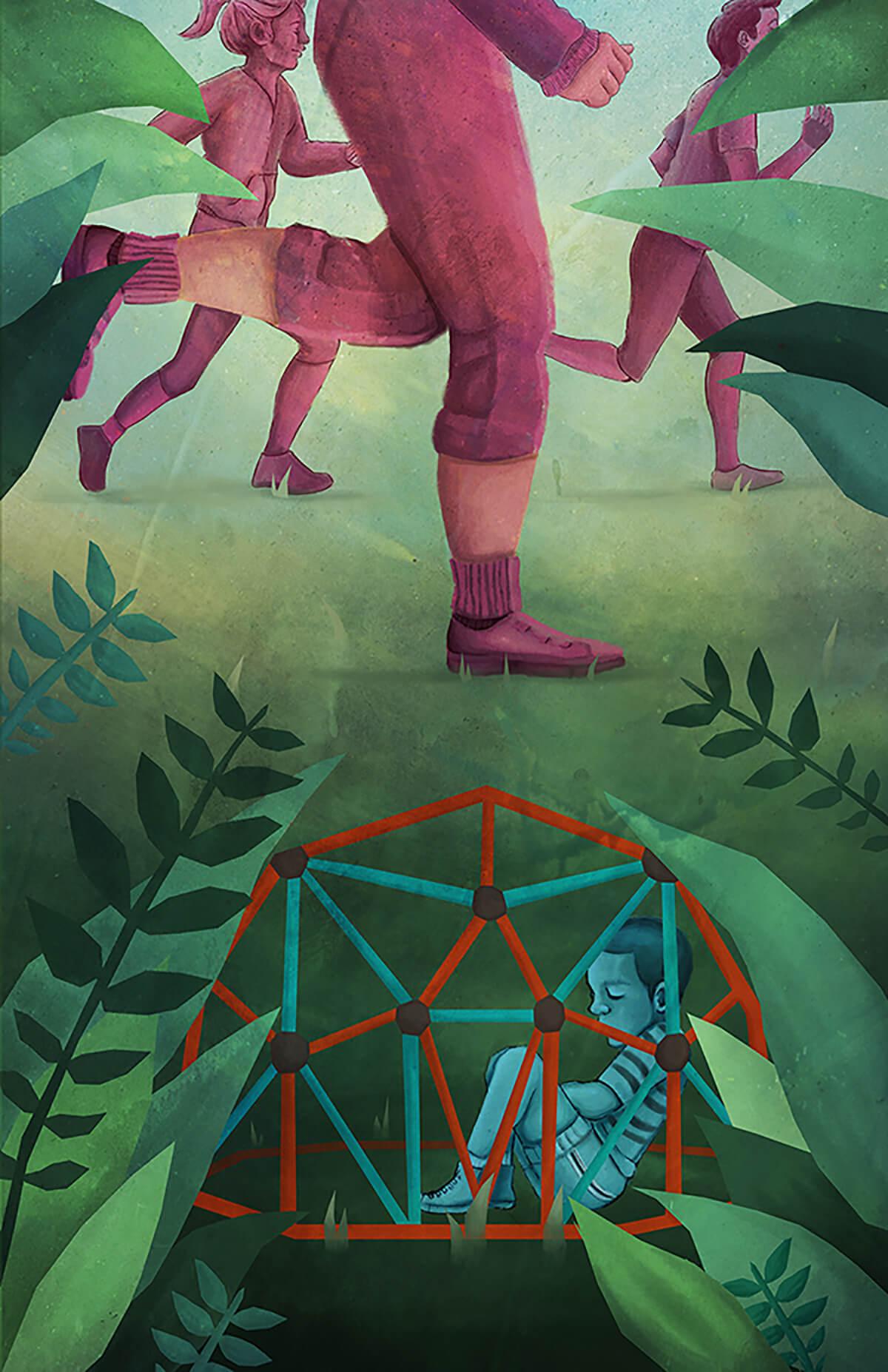 I am known as the feminist of my AP European history class. Every time we read a document, I ask what women would’ve thought. Most “important” things were written by men, and I’m always looking for alternate viewpoints by women. Many of my presentations are about women—the people who were ignored. But when I bring up black women, there’s even deeper silence. My teacher rarely knows what to say, and the majority of my class—white kids—are tired of hearing about it. Even the girls who smile when I make cracks about feminism stare down at their desks when I talk about black women.

Black women are expected to be everything, I think. We’re expected to work hard and keep our families out of prison. We’re supposed to nurture and love and build families. We’re supposed to pull ourselves out of the cycle of poverty, and, in order to achieve success, make white people like us. As the artist Kelela said in her Life Syllabus for Rookie, “As an artist, you can’t get the recognition that you deserve without trying to enter a space where white people are in positions of power.”

The United States was founded by white people for white people. The Declaration of Independence states that “all men were created equal,” yet Thomas Jefferson, one of the founding fathers, was a slaveowner. Many of the suffragettes were concerned about white women alone. Carrie Chapman Catt, founder of the League of Women Voters, used the following as an argument for women’s rights: “White supremacy will be strengthened, not weakened, by women’s suffrage.” Rebecca Ann Latimer Felton, the first woman to serve in the Senate, said, “I do not want to see a negro man walk to the polls and vote on who should handle my tax money, while I myself cannot vote at all.”

Black women are excluded from discussions about feminism as soon we bring up racism. When Beyoncé released “Formation,” a number of white critics accused her of being divisive because her message was directed toward black women. These are the same feminists who previously hailed Beyoncé as a great feminist for talking about social equality between men and women. That message was easy for white women to grasp; it allowed them to pretend that Beyoncé’s blackness did not exist. I guess white women didn’t expect Beyoncé to bring up police brutality, or the way that black people were ignored during Hurricane Katrina, or racism in general.

Black people have been taught that there’s a way to speak around white people: Either don’t bring racism up, or be prepared for a fight—one you’ll lose even if it feels like you’ve won. If you want to publish a book about racism, you have to find a friendly white publisher. If you want to publish a song about black people, make sure white people will still buy it. “Formation” seemed to signal that Beyoncé didn’t care what white feminists thought of her politics, and that’s they got angry.

Women who are hailed as great contemporary feminists focus mainly on issues specific to white women, which would be fine—after all, that’s their experience—but the way that the gender wage gap between “women” and “men” has become the conversation illustrates yet another aspect of white privilege. White women view inequality as not being equal to white men, while black women aren’t equal to black men, white women, or white men—and that goes for what we’re paid, too. Even on issues of race, the mainstream fails to hear what we have to say until a white person agrees. Black people have been talking about white privilege for years, but when Macklemore took up the cause, people paid attention and celebrated him for it.

Maybe it’s selfish, but when I see black artists start to get popular, I want to keep them close. I don’t want them to have to surrender their blackness in order find mainstream acceptance. Still, maybe I’m allowed to be selfish, to indulge my fantasies. Knowing that I could die, that people see me as less-than, that my livelihood will one day depend on white people liking me has damaged me. I know it has. I often wonder what I would be like in a different world—what I might have achieved by now. But looking at women like Beyoncé, Viola Davis, Lupita Nyong’o reminds me that uncompromising blackness is possible in this world.

I’m angry. Whether or not I’m allowed to be angry shouldn’t even be a question. I hate the stereotype that black women are always loud and angry, because most of the time we are taught to shove it back, deep within us so that we don’t bother white people. Grief isn’t pretty, nor is it quiet. It’s the sound of a mother sobbing as she buries her child. It’s the co-founders of Black Lives Matter Toronto camping outside to protest.

I don’t want to sacrifice myself for the sake of white feelings. I don’t want to sacrifice black artists and their creations in order for white people to feel like we live in a post-racial society. I will no longer change my language in order to make white people feel comfortable in a conversation about police brutality. We are not just uncomfortable. We are dying. We are being murdered, and despite our protests, people in power are not putting a stop to it. In this world, in this country, in the year 2016, being polite and saving white people from hurt feelings cannot be more important than black lives.

I won’t code switch or pretend I’m not in pain. I will be loud and clear. I will scream my anger until it is heard. ♦

Camryn Garrett is a teenager who thinks that she’s too awkward to function. When she isn’t ranting about racism or sexism, she blogs at the Huffington Post, MTV, and her personal blog For All the Girls Who Are Half Monster. She has a laptop named Douglas, and you can reach her on Twitter.