I don’t want to be like anybody but myself. 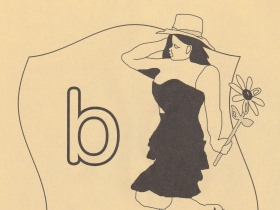 I glared at him over my basket of prawn crackers. “We’re in the woods, you can poop wherever you want. You dig a hole, you poop in it, you fill it in with dirt.”

He smirked at me. “You can’t all poop in the same place, what about sanitation?”

“There will be an elected poop-minder,” I asserted, “who will cordon off an area and the area will change every week.”

“Well, what if the poop-minder becomes lazy and then starts planning to kill select members of the group?”

“Well then we’d have to kill them.”

It became clear that this was something he was thinking about in his dissertation. He and I, although both arts-subject orientated, have different loves. Mine are English lit and art, his history and politics. These days I find myself obsessively highlighting the most minute differences between us. When we lived together full-time these differences didn’t delight me. I’d look over at his eyes, the same precise shade of honey-brown as mine, and feel comforted. I was envious of his fluffy wavy hair and tried to curl my straight black curtain into the same shape.

At 14, I idolized my brother and his social circle. I had a hormone-fueled obsession with the idea of his friend, a photographer whom I saw rarely enough to keep the fixation alive. I would interrupt their telephone conversations with flimsy excuses, and shiver with delight when I heard “Oh no, that was just my sister” as I audibly snapped the door shut. There was planning weeks in advance for encounters: I gleaned information about dates and times pseudo-casually at meals, and would pose for ages in my room with a book I considered intellectually stimulating on the off chance they would come in.

Time has passed, and in the midst of my rapidly forming identity crisis I have begun to see things more as they truly are. At my brother’s 21st birthday party, surrounded by his university friends, I felt myself growing gradually more disillusioned. They sat about debating topics littered with inside jokes with an air of vague snobbery. These people, these boys who had occupied a throne in my psyche were being overthrown. It was like finally gaining the right to open an ornately wrapped parcel and discovering a wet fish. They were just people, boys with irritating mannerisms and nerdy pastimes. I found I didn’t want to be like them, or even necessarily liked by them. I had built this image of who I wanted my brother to be and who I thought he was in my mind: protective, inclusive, and understanding. Without proper friends of my own I had invested too much in his, creating, as I so often do, imaginary versions of people. These people exist within illusions I invent in my mind; they satisfy all of my expectations. Perhaps not speaking about my brother with my psychologist was my way of keeping this dream alive. In fact, he is an imperfect being like everyone else—like me.

“You just want to know if you’re cool and liked.”

“No, I don’t,” I lied, “you might still be obsessed with your image but it doesn’t mean I am.”

He crunched his way through a spring roll. “You and I aren’t as different as you like to think. Sure, you’re the arty, sensitive one but we have the same parents, we had the same upbringing. My friends don’t think we’re different.”

“No, you’re my sister,” he replied, as if this was obvious.

Just as I invent illusions of others, maybe I treat myself the same way. This inclination toward adding drops of water to people as if they are blots of ink comes back to haunt me. As it drips the illusion thins and spreads until they are entirely other with just the color running through. Smashing the facades of other people is unnerving; watching my carefully constructed self crack hurts.

My desire to distance myself from my brother and to begin to build an idea of myself is rooted within this struggle. Away from school and the judgment of peers I am slowly realizing, terrified, that I don’t think I know who I am, but I know I want to be an individual. I have started hacking away at the rope that connects me to my family with metaphorical scissors. My dad mused one hot day last summer that, “Siblings often try to define themselves as different even when they are good at the same things. It stops them pursuing similar things for fear of being considered the same.” This is true. And while I don’t know if my brother and I are fundamentally different people, I am aware that I hope that we are, and I wonder whether this will trip me up in some way. What if I end up assigning some of my better qualities to him, qualities that I can’t touch because he is busy encapsulating them? Then I would be in competition with him—I experienced enough of that at school. All I know is that I have a sudden urge to run away as fast as I can, to not be defined by the people who regularly surround me, and this aching fear that I will become them, regardless.

I wonder why it stings when my brother compares us. Perhaps because I want to assert my difference to him and be seen as my own person, or perhaps it’s bigger than that. Being a teenager stumbles around this line between wanting to be normal and wanting to be special, different. As if somehow between these polarities we will discover that our lives aren’t meaningless, that we are the lucky ones who have been hand-picked for immortality. The impossibility of this notion sinks in before we can ignore it with mundane tasks and outlandish fashion choices. Life is temporary, and there is nothing that can relieve this ache. Except perhaps loving someone else. Despite his teasing and regular physical reminders of my mortality my brother is all right. He’s the closest thing I have to a genetic twin and, though I have a urge to run as fast as possible, I also just want to sit with him and eat noodles. ♦