On maybe needing “2 Phones.” And the parts of prom that hurt. 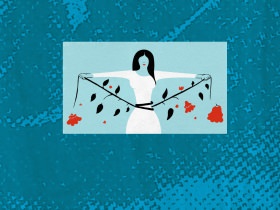 I’m in such an awkward position right now!! I have two crushes, and it’s not awkward for them but it is weird for me. One crush is completely driven by lust; I don’t really know anything about this person. I’ve had a huge crush on the other person for a really long time. But I always seem to pick someone else over my longtime crush, which sucks because she’s really cool. And every time I pick someone else they end up being really bad people, and I don’t end up getting with them anyway.

When will I finally just stop choosing people instead of her, because I like her a lot. And it’s super possible that she likes me back, but I still feel myself gravitating toward this other crush. It’s really just because I’m trying to “lose my virginity” before I turn 18, and this other crush could probably do that for me. (Plus, they’re a Scorpio, and Scorpio + Pisces = The Best Thing Ever, possibly?) I know I only want them for a sexual thing, but I still wouldn’t mind having an actual relationship with them. I don’t know.

I’ve also been cautious because Mercury was in retrograde. Now that it’s not, though, I kinda don’t have any excuse not to initiate anything with them. School is ending soon, too, which means I have maybe two weeks to make a decent connection with them both, so that everything doesn’t go bust this summer. ♦