How to Not Check Out on Final Exams

Fun ways to get down to work. 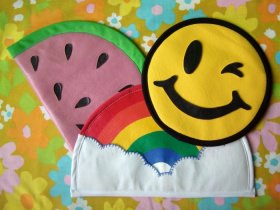 How to Make a Novelty Purse 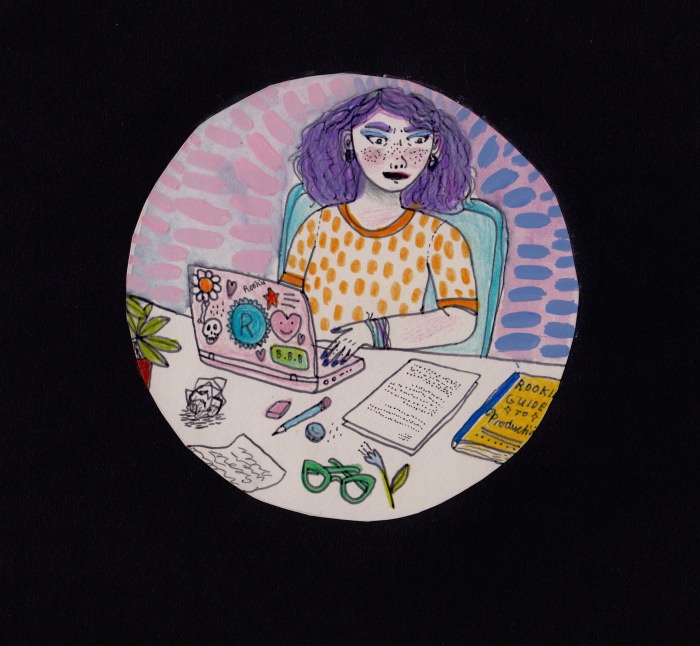 Although not a lazy or poorly performing student, I suffer from Alvy Singer syndrome. I put off assignments, forgo studying for tests, and ignore deadlines, simply because I don’t see the point. I’ve been this way for quite some time, though luckily, genuine interest in my courses and a competitive spirit have guided me through high school with decent grades. But now it is spring of my junior year, a time for standardized testing, final exams, and the beginning of the college application process. Whether you’re in a similar position, or simply suffer from apathy and procrastination on more general terms, I have some tips on how to handle the pressure and not get cooked.

Before you choose to follow any of these steps, it helps to come to terms with the nature of our world. For some—including me—it’s very hard to admit that, to some degree, grades and scores matter. I know the universe is expanding and one day it will break apart and we will all be dead and this will have meant nothing. But for now, we are fine. And it is important to make the most of our existence. For many, this entails getting an adequate and fulfilling education. Here are some ways to fake it until you make it:

Designate a space to do work and clear it. 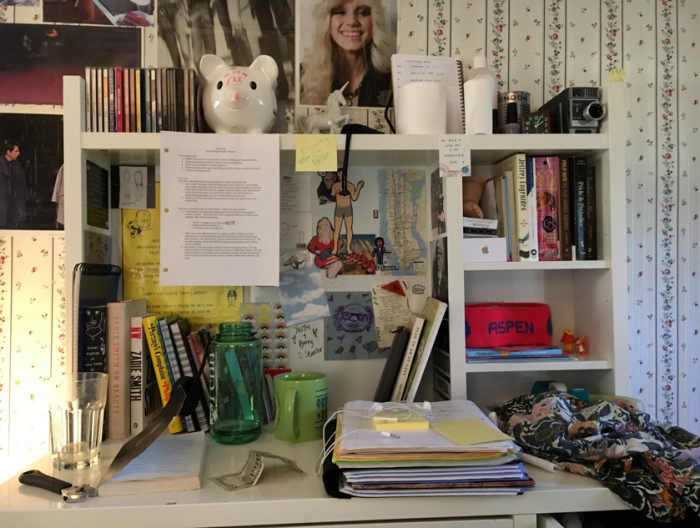 This is what my desk looks like right now. Will I be able to do anything productive in this setting? No! In order to get anything productive done, you need a clear space, with all the necessary tools readily available. Whether this means clearing off your desk before you start homework, or finding a new place to do work altogether, it is of great importance. 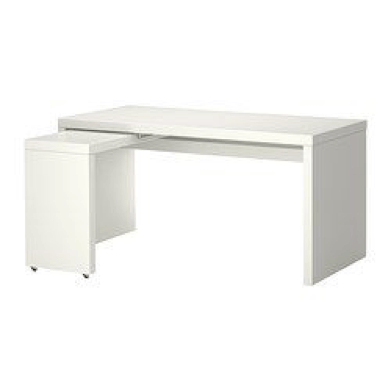 Whoever is sitting at this desk will get a LOT of work done.

Aside from your physical setting, there are a million other stimuli (especially in the digital age) that prevent work from getting done. Personally, YouTube is my Achilles’ heel. I am devoted to matching faces to my favorite Moth stories, and Rolling Stones karaoke. Thus, I was as dismayed as I was grateful to find out that Google Chrome has an app that blocks websites! What’s magical about the app is that you can set the block for a specific amount of time, leaving you with a window of opportunity to #get #shit #done.

I know it sounds cliché, but it works. Some say the satisfaction of crossing something off a to-do list is akin to peeing after a really long car ride, or biting into an apple after five years with braces. Additionally, this helps with organization, making sure that you never forget an assignment or project.

Aid your concentration, if need be.

Some swear by candles, others like chewing gum. Personally, I’ve found that Enya, the Theory of Everything score, and Jersey club music are particularly effective in the arena of concentration. Whatever you do, especially if it’s later in the evening, avoid positions in which you can comfortably fall asleep. (Trust me, you will fall asleep.)

Create a feasible schedule and abide by it.

Like ketchup, some things are better in small portions. If you’re completing a particularly large-scale project, or studying for a massive test, it’s better to divide your efforts. To do so, allocate a realistic amount of time to the task each day. Write down your schedule and post it in a highly visible location. Maybe even make it your computer wallpaper. For the first few days, go out of your way to abide by the schedule precisely, and boldly mark the days of work you’ve completed. The more often you see this schedule with checks and Xs, the more prone you are to follow it.

Make use of outside pressure forces.

If you’re a procrastinator, it might be difficult to follow the five previously mentioned steps without some form of instant gratification offered to you. Aside from placing pieces of candy in your textbook, or promising yourself ice cream if you get an A, you can make use of outside pressure forces. (This is a concept I was introduced to in chemistry, a class I’m currently failing.) If you are spending too much time being social, tell your friends not to hang out with you unless you’ve finished all of your work. If your phone distracts you while you’re working, give it to a member of your household until you can prove to them you’ve finished your work. Materialism motivates, too! You can ask your parents for concert tickets or a new piercing/item of clothing if you meet a certain academic goal. If, by god, you have the self-control to make and keep these promises to yourself, do it! This strategy is often very effective, just remember to not be too hard on yourself.

The final step of this journey; B.B.B. is my acronym for Bite the Bullet, Bitch. I developed it after a long night of work I’d put off. It was 3 AM, and I’d gotten absolutely nothing done. With three essays due the next day, as if it were fate, a TED talk about procrastination showed up on my Facebook timeline. Finally, at 3:18 AM, I’d finished the video, but I was really pissed off. Instead of offering some secret household food item that would instill within its consumer a stronger work ethic, Tim Urban said everyone was a procrastinator to some degree, and the key to getting work done was just to do it. I was angry and upset for a minute, and then, at 3:20 AM, I decided to test his hypothesis. I sat down at my desk (it was much cleaner at the time), and just did my work. By 5:30 AM I had somehow banged out the three essays, and well at that. Aside from my one hour of sleep, the experience was a model of the most effective way to overcome procrastination. In most all cases, procrastination is a mindset. How do you change the mindset? Don’t put off work. Start it as soon as you can. While doing work, know that breaks are important, but sometimes they can be distracting and lead to tangents. After all, sometimes you gotta B.B.B.

There is a hidden side effect to following all of this advice. Because it can be rare for an indifferent, distracted student to have their shit together, when they finally do, it feels MAGICAL. Overwhelming excitement and motivation can come over a person, keeping them in line with their school work and studying schedules. Yes, this may eventually wear off, but by the time it does for you, it will be summer. ♦