How to Deal With Awkward Questions About Being Trans

You don’t have to respond at all. But if you want to: You are in control of the answers. 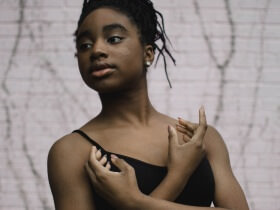 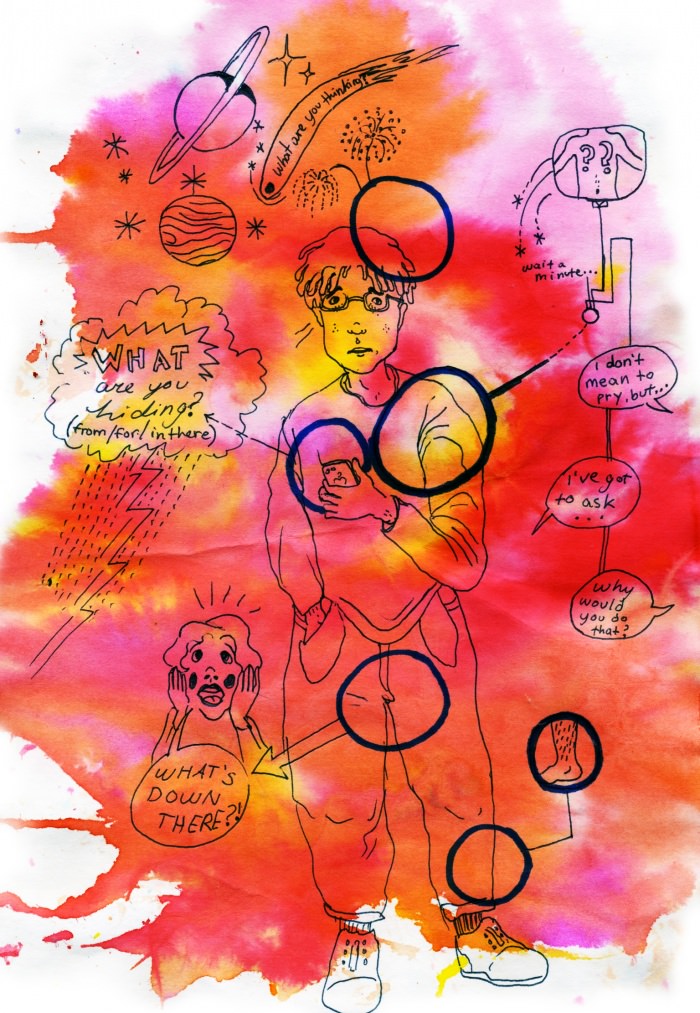 When I came out as transmasculine, I assumed that people might have insensitive remarks or unwanted opinions. Some of that has been true, but I had a positive coming out experience. What I did not anticipate, however, were the questions. So. Many. Questions.

Coming out hasn’t been a one-time thing; I constantly have to come out, to people like TSA agents and teachers who misgender me. So…the questions aren’t about to stop any time soon, either. As I was first coming out, I didn’t see any articles with advice on how to handle common questions from other people. If I’d had a guide, or at least some simple suggestions, I could’ve avoided some awkward moments.

If you are planning to come out soon, or you’ve just come out: yay, you! I hope you can use this article as a reference point for some of the questions that come rolling in. Here are a few questions that I’ve gotten time and time again, and my advice on how to answer them:

I’ve been surprised by how many people have asked me this point-blank. I normally just say yes. I’ve gotten to the point where I’m open about it. I live in a liberal city, and a lot of the people I come in contact with also live in a bubble where pronouns are respected and birth names are not mentioned. I’m incredibly fortunate that this is the situation. And the vast majority of the time, I’m asked about my queerness by other queer kids around my age, so I feel comfortable with them knowing. This may not be the case for everyone, though; Krista Burton has advice on keeping yourself safe when coming out is potentially dangerous for you.

If someone asks you if you’re trans and you don’t feel comfortable saying yes, you could say something like, “That’s a bit direct, and whether I’m trans or not isn’t important right now.” The next time they encounter a maybe-trans person, they might reconsider asking because they know it’s not an important question. It’s good to let the person know that they made you uncomfortable by asking right off the bat.

Even if I’m totally OK with a specific person knowing I’m trans, I still want to be in control of coming out to them. I’ve been outed before, and it’s the worst feeling. I’ve had people who I don’t know say: “Oh yeah, you’re trans, right? [Other person] told me when I asked.” A person shouldn’t answer a question like this for another person. (This is something we all should keep in mind!)

A lot of people will ask me this when they want to know my birth name. There’s that scene in The Fault in Our Stars, where Augustus asks Hazel her full name, and she’s just like, What? That’s how I feel when someone asks my birth name. Phrasing the question by referring to a person’s birth name as their “real” name invalidates their chosen name.

I didn’t make the connection between “real name” and “birth name” for a little while. People would ask my real name, and when I didn’t get what they were asking, they’d say, “I mean, what’s your birth name?” After I finally caught on, I would answer promptly, “My name is Lennon.” If they caught on that I wasn’t talking about my birth name and pressed for more information, I’d have a response ready.

There are so many sarcastic replies you could give, if you feel comfortable. I have a few favorites: “I forgot…,” “My parents didn’t name me,” and, “Why do you care?” This is not a situation where you have to be polite. Be straightforward, be sassy, and be brave. I say that, of course, knowing that half the time I am incapable of being straightforward.

You could also say: “My real name is [the name you go by],” or, “I’m sorry, but that’s not something I’m willing to talk about.”

“Don’t you think it’ll be hard to find someone to marry? What about kids?”

This is a creepy question for anyone to ask a teenager. If an adult who wasn’t related to me asked this, I would run in the opposite direction too quickly for them to even know what had happened. But if you want to broach the subject, there are a couple ways to go:

1. Tell it like it is. If you feel comfortable, you can look the person dead in the eye, smirk, and say, “I’m literally [age],” in the most deadpan voice that you can. Then move on. I’ve found this approach to work best for me, since there’s a 99.99% chance that I will not get married in the next 10 years.

2. Politely tell it like it is. You could also say something like: “I’m [age], so marriage and children aren’t even on my radar right now. I’m not worried about finding someone to marry because my gender has no correlation with whether I am lovable. As for children, there are so many ways to have a family without carrying a child.”

“Which bathroom do you use?”

I’ve only ever gotten this question from people younger than me; if an adult asked me about what bathroom I use, I’d be quite uncomfortable. My response to this question is to just let them know that they are being nosy: “That’s personal, and I don’t feel comfortable answering that question.”

“My friend is trans. Do you know them?”

Hahaha, I LOVE this question. It is so blatantly ridiculous. But really, most people are asking this out of ignorance. Or they just really want to let you know that they have a queer friend. I like to explain using a comparison, such as: “Would you assume that your Jewish friend would know me just because we have the same religion?”

Instead of something like religion, which could be too personal, you could also offer up a sport you play or your favorite school subject. For example: “I don’t know your friend. Think of it this way: Just because I play soccer doesn’t mean that I know everyone else who plays soccer.”

This person is very likely trying to relate, so (usually) the important thing here is to be kind. They may not have realized that they were asking a silly question. And if you actually know the person they’re talking about, you could just say yes and move on.

“Are you going to have *the surgery*?”

Most people, in my experience, ask this question and don’t realize that they may be offending someone. They might be only operating off of what they know from TV or pop culture. I’ve spoken to people who have truly thought that there’s one surgery and you have the operation and POOF! you have different genitals and a new chest. This question also assumes that a person wants to have surgery. In my situation, I’ve found that two things work best: You could tell them that *the surgery* is not actually a thing, and then let them know that what they were asking was inappropriate.

You could say: “Actually, ‘the surgery’ is a myth. There isn’t one complete surgery that transforms a person’s entire body. While many trans folks do choose to have surgery, a lot of people cannot afford to or don’t want to. Also, this question is inappropriate and personal.”

“Are you going to take hormones?”

I think this comes from a place of genuine curiosity. People hear about celebrities transitioning (more on that in a minute) and they want to associate you to that. Asking about medical plans often is a simple way to link together what they know.

Though it’s not your responsibility to educate other people, I’ve also found that steering the question away from myself and more toward trans folks and medical transitions in general has helped a lot. I’ll say that trans-related hormones and surgeries are now covered by many insurances, because most people aren’t aware of that. I’ll explain how many people are unable to medically transition; that even with insurance coverage for a surgery, for example, there can still be thousands of dollars of extra costs, such as anesthesia, recovery in a hospital, and travel; and that many people can’t take off school or work for doctor’s appointments or surgeries.

If you’re comfortable talking to a friend or anyone else about your plans for transitioning…go for it!

“How do you feel about [trans celebrity]?”

Caitlyn Jenner and I came out at almost the same time. In the days and weeks after that, at least a dozen people asked me what I thought of her. Any well-known trans person could be substituted here (Laverne Cox, Janet Mock, et cetera), but I’ll refer to Caitlyn Jenner because she was who I was asked about.

I made sure to say (and this is something you could say in a similar situation, too): “Caitlyn Jenner was brave to come out in such a public way. It’s important to remember that she is only one trans woman. Also, she is unlikely to be subjected to what many trans women deal with because of her socioeconomic privilege.”

Whether you came out yesterday or five years ago, you don’t ever have to answer any questions. You can always say that you don’t feel comfortable responding, and leave it at that. End of conversation. And it may seem silly, but standing in front of a mirror and practicing answers helps! No matter what, I want you to go into the world knowing that you are in control of alllll the answers. ♦