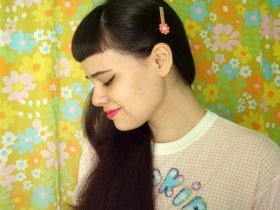 I left on a Wednesday morning, at 10-something AM. I woke up at 8 AM (a cool habit I developed during that dreadful summer, waking up at ungodly hours) and texted my then-girlfriend. She was preparing for a road trip to Virginia; she wanted to spend a month at her childhood home. She asked, jokingly I think, if I wanted to come. I replied, “Yes.” I didn’t pack anything. My ma was still working the final hours of her overnight shift. Impulse is a funny thing, it speaks directly to what you want, even those things you are afraid of.

Hours later, I sat in the passenger seat while the girl I loved drove down Route 301. I stuck my hand out the window, trying to feel something, nothing, everything. Uncertainty, fear, and guilt met me—that guilt that my friends and I call Immigrant Guilt. Here I was, running away while my ma was still at her overnight shift. Who was I to run from the hand I’d been dealt? I had seen lots of people run out on me and my mother and other people I loved, and I was doing the same. Here, next to someone I loved and already miles from home, I wanted nothing more than to sit at my kitchen table and cry. I’d hoped for a sense, even the tiniest bit, of relief. But it wasn’t there. The further we got from home, the heavier I felt.

I spent two weeks lying on my girlfriend’s father’s porch and trying to melt into the wood. I spoke to my ma once. I told her that I’d just left for a little vacation and I’d be back. She didn’t argue with me, although I wanted her to. I needed help and guidance and reassurance, to be told what to do and what steps to take next, the way teachers in high school had. After two weeks in Virginia, I took the Amtrak home. Nothing had changed. I was still afraid to sleep, money was still tight, and I was still jobless. Time was running out on me, court orders for unpaid rent started to appear on our door. I kept waiting, sending out job applications, and trying to keep our sorrows contained. I cooked a lot, trying out recipes I from old episodes of The Barefoot Contessa. I needed to become an adult immediately but it just wasn’t happening.

In mid-August. I got two jobs in a home health aide agency that my aunt had referred me to. I worked two shifts: one from 9 AM to 5 PM and another from 7 PM to 11 at night. I was so grateful to be employed. When I got my first check, I couldn’t stop thinking about what my check combined with my ma’s could pay for; I could finally send something back home to my siblings in Cameroon. I was so grateful, but my anger wouldn’t shift. I envied those kids who didn’t have to work in order to eat, who still got to be kids selfishly. I was angry that because I worked long hours, I didn’t have time to make art, or write, or to be a person outside of working. The more I worked, the less I knew about myself. I’d hoped that with money coming in, I would catch a break, but I still didn’t have the time I desperately craved. I wanted time to grow, to see if I could muster an answer for that question my principal had asked three months ago. I was lost, perhaps even more so than I had been when I stuck that blank Post-it to my book.

I continued to work, and during the months that followed, I realized that before anything, I am a daughter. I can’t run away from that and I can’t run away from my circumstances. I don’t blame god, or my mother, or myself for my lack of time and space. My mother is not just the woman who worked hard so I wouldn’t have to, but she too is learning how to balance her own losses with her duties. At night, I still have to hold down my torso to keep my yearning at bay, to keep from wondering who else I could be right now, and to keep from leaving. But I like to think that eventually, I’ll get my time and space. ♦

Fabiola Ching is a writer, college dropout, and editor in chief of The Coalition Zine.