Tech Trek: Create Your Own Font 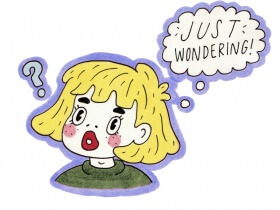 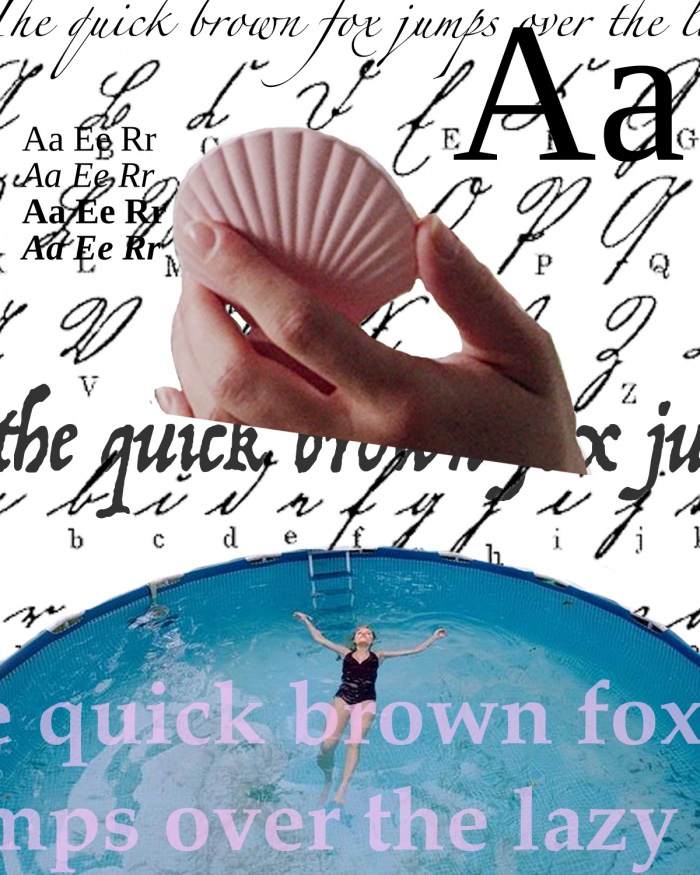 Greetings! Welcome to the latest edition of Tech Trek. This month, Maggie brings some flair to the web by converting handwriting into a font and Amber profiles a very cool e-reader that can be found only in a film.

Are you aware of the secret of life called “fake it till you make it”? It basically means doing everything you can to seem legit until one day you wake up in self-actualized splendor to find you have become legit. It’s often about the little things like having a business card, a slick website, professional threads, or perhaps a badass personal font. I have a font of my handwriting that I’ve used in my book, my website, and pretty much everywhere. I swear, having your own font is the most legit-feeling thing in the world. And this feeling can be yours in just a few simple steps:

The first step is creating and printing out your template. There are a number of free font generators online, so it’s up to you which one you’d like to choose. After trying out many of them, my favorite is PaintFont.com. It has support for various languages, and lets you customize which characters you want in your font. This tutorial will be based on that program.

Next, fill out the template with your handwriting. I suggest using a thin-tip permanent marker (I used a Sharpie). Make sure to carefully center your letters in the boxes. After filling it out, scan your pages back into the computer at 600 dpi. If you don’t have a scanner, check out your local library or your school!

Upload your scanned-in pages back onto PaintFont.com. Make sure to add in a name for your font before clicking “upload.” The site will show you a preview. If it looks OK, click the “download” button!

To use your new font on your computer, you’ll first have to install it. On Mac, you can just double-click the file to install it. On Windows, you go to the Control Panel->Fonts to install. Then open any program (Word, Photoshop, etc.) to test it out.

To use it on your website, you first have to generate the various web fonts (woff, eot, svg) that the different browsers use. Font Squirrel provides a free web font generator that works well. Just go to the site, upload your font from Step Three, click the box indicating you own it legally, and click “download your kit.” It will then generate the web fonts (that you upload to your website), as well as the CSS that you can copy and paste into your code to get the font working on your website! Email [email protected] if you’d like to show us your new font! —Maggie

Fantasy Tech Review: The Clamshell E-reader from It Follows

The 2014 movie It Follows is menacing, creepy, and gets under your skin. In my case, it gave me such a raging case of the heebie-jeebies that I had to watch three hours of Everybody Loves Raymond afterward just to stabilize my endorphin levels. It’s a horror movie about a sexually transmitted curse and when I finished watching it, it haunted me, so to speak, for a couple of reasons. First, as I’ve mentioned, it’s eerie as hell. The second reason—which I’m sure is 100 percent obvious to anyone who has seen the film—is that it features an exciting piece of anachronistic technology that absolutely needs to exist but somehow doesn’t. I’m, of course, talking about the clamshell e-reader. 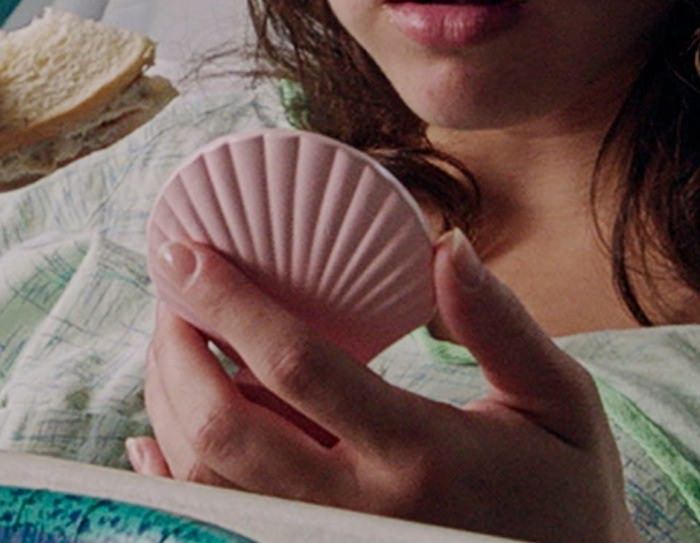 Without giving too much away, Jay (Maika Monroe), the college-age protagonist of the movie, is forced to contend with a mysterious entity that—as the title suggests—follows her. Her friends and sister help her deal with this supernatural phenomenon, as any good buddy would do (that’s just Friendship 101). Yara (Olivia Luccardi), is the quirkiest member of Jay’s crew. She is almost always shown staring into what looks like a ’60s era, pastel-pink clamshell compact. The compact is very cute. Even if it were simply a handheld mirror, it would be something that anyone would be happy to own. However, Yara periodically reads passages from Fyodor Dostoyevsky’s The Idiot aloud from it and we discover that it’s an e-reader. Quite possibly, the most amazing e-reader ever.

One of the best things about tablets, like the Nook or Kindle, is how small—and therefore mobile—they are. But Yara’s clamshell is even smaller than those devices and could fit comfortably in the front pocket of your jeans. It would be so easy to just whip out your clamshell whenever you got the urge to read a little Dostoyevsky at a bus stop, or during those precious moments of downtime after you’ve managed to evade an otherworldly predator. On top of that, it obviously has more personality than those standard, rectangular tablets. Nooks and Kindles may be waterproof, come with 16 GB of memory, and have free cloud storage, but do any of them look like a clamshell? Um, no, they don’t. How cool and fitting would it be to finish all of your summer reading while lying on a beach, holding a clamshell?

Within the context of the film, Yara’s clamshell is an incredibly compelling and clever device. So many of the most fascinating fictional gadgets and tools that we find in our favorite movies or TV shows, things like hoverboards and transporters, exist in these ultra high-tech, sci-fi visions of the future. But It Follows isn’t set in the future. In fact, it isn’t explicitly set in the present or past either. Instead, the characters who inhabit this world exist in a temporal amalgam—there are elements in the costume and set design that could exist in a story set 25 years ago, right now, or five years into the future. Jay lives in a house that has a TV set with dials and a muted color palette that would fit easily into an ’80s horror movie. But the clothes that Jay and her friends wear are contemporary. The clamshell e-reader, however, is the one element in the movie that suggests that story is set in a very near future.

David Robert Mitchell, the writer and director of It Follows, purposely employed these anachronisms to disorient the viewer. In an A.V. Club interview he said, “That e-reader cell phone—or ‘shell phone’—you’re talking about is not a real device. It’s a ’60s shell compact that we turned into a cell phone e-reader. So I wanted modern things, but if you show a specific smartphone now, it dates it. It’s too real for the movie. It would bother me anyway. So we made one up. And all of that is really just to create the effect of a dream—to place it outside of time, and to make people wonder about where they are.”

One thing you’ve probably noted about Mitchell’s description of the device is that the clamshell is ALSO a phone, which just makes it an even more spectacular invention. Assuming that Yara has the capability to load as many books onto the device as you can on the e-readers that actually exist, I’m positive that there would be a huge market for this product. The number of clamshells bought by Little Mermaid fanatics alone would be staggering. While real hoverboards may not be possible anytime soon, the idea of a shell phone e-reader doesn’t seem too far-fetched. So engineers, product designers—let’s get cracking on this one. —Amber ♦