Too Busy to Think 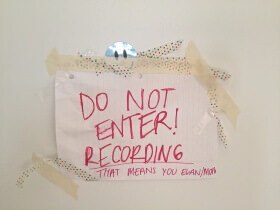 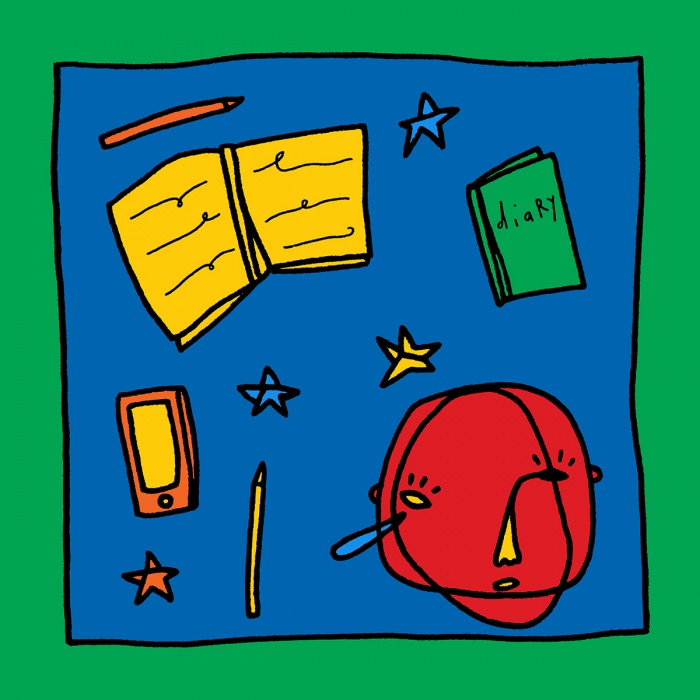 I think I was around 18 when I realized that if I were so busy—something-to-do-every-hour-of-the-day busy—there would be no time for me to feel sad. It seemed so simple that I couldn’t believe I hadn’t figured it out earlier. It was around the time I was having trouble sleeping and feeling good about myself. Filling my life with an enormous amount of responsibilities solved both of those problems: If I took classes and worked a job and volunteered somewhere and did some extra-curricular activities, I could fall into bed every night, completely exhausted, too braindead to reflect, and slip right into sleep with a satisfied feeling. A wonderfully terrible schedule that I could keep for three, four months tops before completely crashing and crawling away into bed where I would lie motionless for a few days recovering. And then, after a week of recuperating, I would start all over again.

I’ve been cycling through this kind of routine for almost four years now. At some point last year I thought I needed to stop, slow down; schedule less to prevent the inevitable week-long crash and burn. So one semester I scheduled fewer classes and took on less work, hoping it would preempt seven days of lying in bed crying that I can’t do it all. But trying to slow down means I slip into an empty laziness, letting myself be OK with doing less and less until I’m skipping responsibilities all together. Everything seems to lead into depression; either way I end up spending a few motionless days in bed. I want to take on less, be satisfied with moving slowly, or not knowing what I’m supposed to do next. But ever since I started busying myself, I developed these ideas about productivity and a day well spent, and began to shame myself anytime I did fewer than 10 things a day. This leaves me in the worst kind of bind: either I do too much that I collapse from exhaustion and stress, lying on my living room floor emitting Tina Belcher-like groans, or I cut back my schedule, take on less, get depressed, stop showering and sleeping, and end up lying on my living room floor emitting the same Tina-like groans, except with a bit more hair grease.

My desperate drive to be productive combined with a fear of making room for feelings has been such a large part of my life for so long that I’m already tired of trying to solve it. I don’t know how, or if, I can do anything about this need to fill up the day until all feelings of hurt, fear, and anxiety are expelled—the need to preoccupy myself with deadlines and to-do lists until I crash. Does it matter? Should I stop? Who says there is a right way to do things anyways, or some ultimate way to live your life? Besides, I’m tired of trying to fit into binaries (such as productive/unproductive), and also tired of the idea that there is some middle ground. Thinking about this unsolvable problem of productivity and depression is so stressful that I almost want to sign up for another class or take on another job so I don’t have time to think about how busy I am and how bad it makes me feel (kidding) (sort of).

On the days when I’ve piled on too much and lie in bed feeling like total shit—both because I have time for feelings and because I haven’t done the things I intended to do—I remember the boy from the first few scenes of Say Anything shouting about wanting to get hurt. I think getting hurt is more than just telling the girl you like her and risking rejection. It’s walking away from an interaction thinking, “Why did I say that thing I said?” the whole way home. It’s sitting down at the kitchen table while you wait for the water to boil and suddenly wondering if you are a good writer, or a good friend, if your family knows that you love them, if you know that your family loves you, if your roommate even likes you. It’s standing in the shower wondering if you will be alone in 10 years, it’s standing in front of the mirror staring at yourself and wondering if you’ll ever feel at home in the body that houses you, if the scars on your thighs will ever fade, if you will stop remembering all the things that you give you nightmares anytime you have a spare moment—that’s what hurt is like.

I don’t wanna get hurt. I want to walk home from an interaction and wonder what I’ll research for my essay the whole way home. I want to sit and check my email while the water boils and then make a few phone calls while I sweep the floor and think about my homework while I eat my dinner. In the shower I’d rather make grocery lists and when I look in the mirror the last thing I want to be thinking about is my body and the various ways it has been marked; I’d rather think about scheduling and paying off my bills and the library books I have to return.

I’ve been thinking a lot about what it means to be productive this week, coming off of one of the busiest semesters of my time in university. Toward the middle of the semester, I called my best friend feeling totally defeated, realizing that—for the first time—I might have taken on more than just “enough to keep my insanely busy,” but rather signed up for more than I could possibly finish. She listened sympathetically as I whirled through a panic swirl of stress, and then told me, very gently, that I didn’t leave myself any time to be human: time to waste time, to make something extra difficult for dinner or get lost in conversation after bumping into an old friend on the street. Time to have sex and get to bed late because the new episode of your favorite show came out and time to fight with your roommate and empty the fridge of spoiled fruit. It reminded me of something my father told me when he was teaching me how to drive: he said be careful not to get too close to the bumper of the car in front of you because you never know when they will suddenly stop short, and then you’ll hit them. I’m smiling ruefully as I slip into this metaphor because I’ve always been a terrible driver, and I’ve gotten into more than a few accidents for the very slip my father cautioned me against.

Finding the perfect balance of productivity might just be an unsolvable problem, or at least a problem I haven’t figured out the answer to yet. But I think there are other angles to approach it with, ways to think about the cycle of crash and burn without thinking about happy mediums or slowing down, especially if you can’t just quit your job or drop your classes. I’ve been thinking—as I trudge through this horrible semester—that it might be possible to fill up the day with 10 or 15 things without falling into an inevitable depression, just by broadening the definition of what productivity can be.

When did “productive” get limited to assignments and jobs and responsibilities? What if I considered “leaving time to be human,” just as productive as researching for an essay or cleaning my room? What if I treated showering and having breakfast with friends and staying on the phone with my sister for too long the same way I treat studying at the library and putting in hours at work? What if there were ways to avoid getting hurt without squashing out your personhood all together, like busying yourself with the things that are enjoyable about the day, or other people? Maybe it’s stupid to try and avoid getting hurt, especially since avoiding the big punch of sadness invites other kinds of hurt, too.

Today was the first day this year I woke up late and did not panic. I put the kettle on the stove and while the water boiled I realized I didn’t have to think about anything. ♦