Literally the Best Thing Ever: Autocorrect

The software function is a fickle forever-friend. 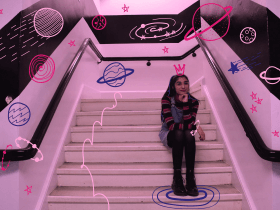 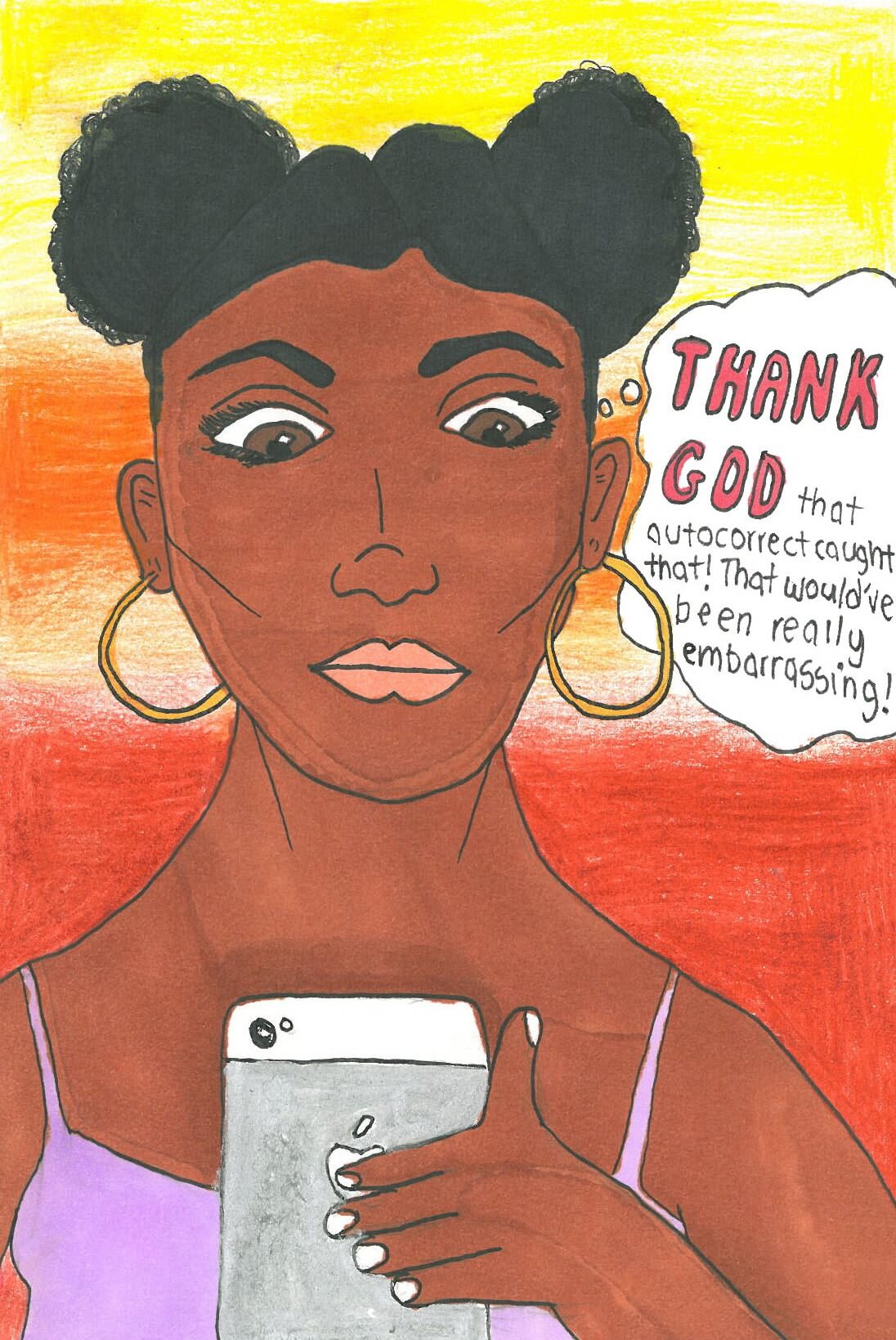 I can’t decide if autocorrect is the best or the worst thing ever to happen to text-based communication. A lot of the time the bad seems to totally outweigh the good, and I’m definitely not alone in that opinion. Autocorrect has entire websites devoted to its shenanigans and is blamed for all sorts of grievous misunderstandings—it gets a super bad rap, but sometimes I wonder if it’s really all that terrible.

I mean, don’t get me wrong—autocorrect has screwed me over too many times for me to count, so it’s not like I think it’s flawless. I was once texting this guy I kinda-sorta had a crush on in eighth grade, and I didn’t want to think for too long about what I was going to say before replying in case I psyched myself out. The conversation was going pretty well—or at least as well as a text chat between two people who barely know each other can go—and then it happened. He said something about how he hated math, and I tapped out my reply. Send. And what, pray tell, did I end up sending to this boy who I really, really wanted to have an engaging conversation with? Well, wonder no more. Here’s a reenactment of possibly the most cringeworthy moment of my textual life: 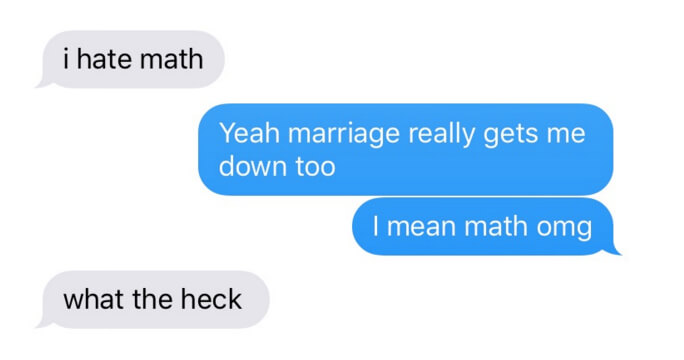 FFFFFFFFFFFFFFFFFFF MY LIFE. I wanted the world to implode in that moment, and I didn’t recover too gracefully from my mistake, either. It took so much to psych myself up enough to text this guy in the first place, carefully crafting each message, that this little slip-up made me lose all my nerve. I sent back a half-hearted “Haha jk” and heard silence back in return. (I never texted the dude again, but if this ever happens to you I fully encourage you to just brush it off, ’cause it’s really no big deal—I was just really shy and nervous at the time, and for some reason I felt as if this autocorrect fail was THE END.)

And that was not the first nor the last time autocorrect f’ed me over. It happens so often that I live in constant fear that I’ll be typing something to someone important—my mom or the parents of the kid I’m babysitting for the night, for instance—and have this godforsaken program screw me over. Frankly, I’m lucky I haven’t accidentally texted my dad something obscene by now.

Autocorrect has complicated how we e-communicate. My parents like to say that the times when they grew up were simpler, and that mentality applies to autocorrect, too—I’m not sure people who’ve lived without the golden handcuffs of autocorrect know how blessed they are. Autocorrect is a modern plague: It wasn’t as though you had to deal with it when you were writing telegrams, and not even typing on a computer seems as fraught with danger as working with an autocorrect-enabled phone. I admire old-fashioned typists who could use their lightning-fast fingers to write with crazy 1025 percent accuracy at 200 words a minute without relying on, or being hindered by autocompletion programs. They are freakin’ heroes. I wonder what one of them would say if I showed them the destructive power of a correction-happy program on a clumsily composed sentence.

I swear sometimes it seems that autocorrect is out to get me, but I do need give credit where it’s due. Autocorrect has saved me just about as many times as it’s screwed me, and sometimes it’s been a real lifesaver. How many times have I text-walked or thumb-composed a message when I’m supposed to be paying attention to something else and relied on autocorrect to translate my harried “omw” into “On my way!” or “ill br thetr sopn” to “I’ll be there soon”? As much as I claim to hate autocorrect, the truth is that I know how bad my texts could be without it. Instead of out-of-context words plucked from thin air and inserted into my text lexicon (or texticon, if you will), everything I typed would be straight-up unreadable. At least autocorrect can be funny—check out this guy’s Adventures in Google Autocomplete:

And sure, maybe I could stop all this mayhem entirely just by, I dunno, taking a couple extra seconds to check over my spelling or hitting the spacebar before hitting “Send.” But damn it, I don’t want to. Who am I texting, the President? Does my mystery subject deserve those added seconds necessary to receive a mistake-free message?

Maybe. (Probably, to be honest.) Most of the time, it just comes down to convenience. My wrestle with autocorrect is one of those problems I could definitely easily resolve on my own, but the speed and efficiency of typing and sending right away without running every text through my mental spellcheck often seems to outweigh the embarrassment of sending “I like eating crates” in response to a message asking if I like to partake in the casual consumption of delicious, fluffy cakes. I’m stuck in this limbo of feeling uncomfortable with the fact that my phone could betray me at any moment and believing it’s too much effort to fix without looking like I overthink all of my messages.

Typos and choosing whether or not to fix them means something different to each person. One of my closest friends, for instance, doesn’t care if she makes an autocorrect error or mistypes a word; she sends off her messages super fast no matter what. “It’s just a text,” she says when I ask her why she wouldn’t spell check. “It’s not important enough to have every word written out perfectly.” Another of my friends accused me of putting too much thought into the texting process: “Don’t you have better things to be doing? Who has time to sit there and spell check every damn text?” Maybe she’s right. Maybe being unafraid to embrace autocorrect fails signals something about us—an easy, carefree kind of attitude. Maybe a willingness to just go with the autocorrected flow shows that we’re busy, real people who sometimes make mistakes, and we’re OK with that. Mistakes are natural, and we’ll recover from them. I’ve spent upward of seven years dodging autocorrect minefields and living in the wake of tripped traps—I’m confident I can tackle it for many more to come.

No matter who you are or what you’re typing, autocorrect attacks and rescues indiscriminately. It takes no prisoners, but that’s OK—countless others have endured awkward text exchanges before us, and countless more shall live through it after us. Bask in the unifying experience of our generation, and type away. ♦