There is so much more to become. 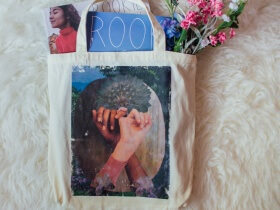 How to Make a Collaged Tote Bag 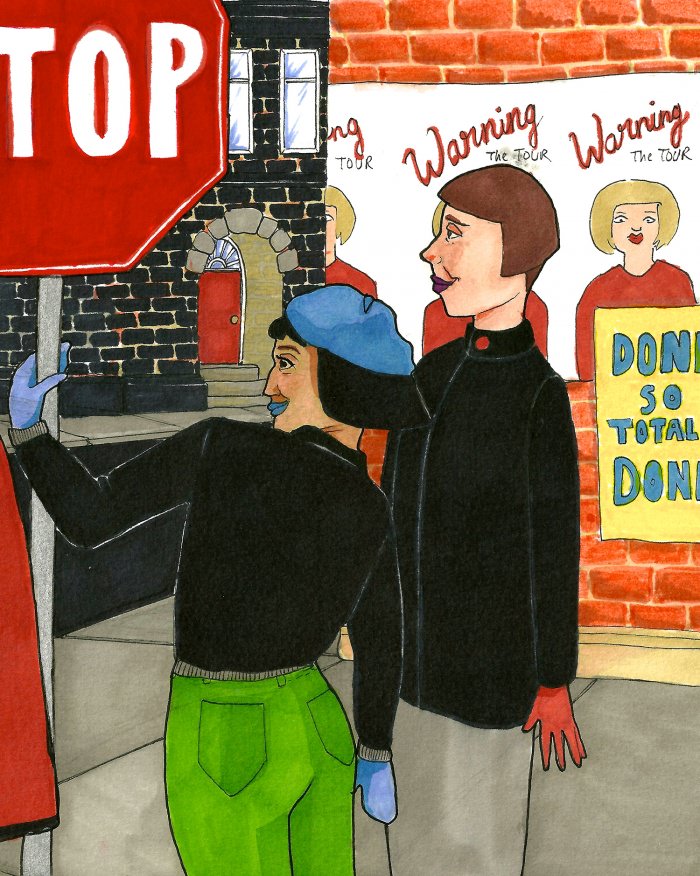 The sky was the bluest I’ve seen it the day I turned 19. It seemed like the world was filled, to the brim, with an uncontrollable happiness that it can’t help but revert the joy back out in the open. I went to the beach alone, sipped orange juice out of an one-liter bottle, lathered sunscreen on my already brown skin, and contemplated the many shades of blue in the sea. Come evening, grandma and I had dinner at a restaurant which had comfortable cushioned seats, gold ornaments used to hold light bulbs in place hung from the ceiling, and candles on the table to commemorate my being a “fancy teen.” Or at least that was how it seemed: I’m no longer a gross teenager who smells like a rained-on cloth; I’m no longer a “whiny, self-centered” creature who only cares about zits and appearances. The world was telling me that I was legit—a true soldier of the world “to be.”

Seventy-six days later (and counting), I’ve started to feel fear creep up on me. Not the kind of fear that tugs with a known familiarity, but a fear unlike any I’ve experienced before. Present moments seem dislodged in time. Recently, I looked straight into a friend’s eyes and just stared, as if I was a child completely taken aback by the human iris. Nostalgic bursts and emotional reminiscences constantly rally my thoughts. I look back at my high school years and emerge remorseful—now more than ever. My anxieties have begun birthing other anxieties. The “what ifs” and “could’ve beens” nag me from day to night. This visceral experience of fear is stifling, as if I and the fear itself are teaming up to try to get at what was lost—to go back to the start and do it all differently.

I’m afraid of losing youth, which seems outrageous, as if youth is a piece of pastry that could crumble at any given moment. I’m certain I’ll miss the times I sneezed in public and failed to heed the advice of my fourth grade teacher to cover my mouth, because I’m a young gun ready to take the world one virus at a time. I’m certain I’ll look back with regret on my high school failures; times I should have stepped up and spoken up, but didn’t, and how I gave the wrong person the permission to speak up instead. I know I’ll shake my fists, raging at the times I should’ve said I love you to my high school pals, and meant it.

A month after my 19th birthday, I asked my friend C, who is a few months older than me and is on the 19-going-on-20 stage, if she was afraid of not being considered young anymore, of shedding the “teenager skin/persona.” She told me she is, “of course, very afraid,” and I told her I am, too. She reassured me by saying that I shouldn’t stress about it right now, since I’m only a month into The 19-er’s World. She, on the other hand, would turn 20 in a few months and that is the most rational timeframe to TREMBLE WITH FEAR.

Though C is “19 and Afraid,” she manages to get through it by letting life happen. I don’t let life happen. Once the fear settles in, I rush into Mount Hideaway and tuck myself in its crevices and stay there. The people of the future will find me, frozen and not breathing. I’ll be preserved as a kind of relic in a museum with a label that reads: “Here we see the preserved body of a millennial from the 21st Century found tucked in a mountain’s crevice. Cause of death: fear of growing up.” Being afraid of what’s to come is normal. Being afraid and then letting the fear get in the way is toxic, dangerous, and has to be STOPPED.

When I was in high school, I found a Taylor Swift song called “Never Grow Up” which I listened to more times than I’m willing to admit. It seemed ridiculous to me, the not growing up part, because what else are we supposed to do? Besides, when I was in my early teens, I thought being a teenager sucked because you couldn’t get into the flame of life and enjoy its niceties. Adults forbid you to go out at night because cookie monsters and cooties and whatnots may GET AT YER LI’L BRAINS. I’m being silly—that’s not really it. But adults put restrictions and warning labels on EVERYTHING that seemed fun to me as a teen, not to mention their constant policing of the gendered etiquette and attitudes kids are told to aspire to. I just couldn’t wait to get out of the prison cell that is youth, and be free. Now that I’m serving the last days of my parole in this so-called jail, resistance seeps through me. I don’t ever want to leave.

Youth is a safe space for me, albeit a rather sweaty, breathy, insecure, angsty one. Tavi once said in an email, “In this CAPITALIST WORLD WE LIVE IN, you are a valuable person, you are the person that companies are devoted to figuring out.” Large corporations are amassing billions on their hyper-manipulation of teendom and youth culture. Us being awkward, WiLd, and unpredictable beguiles them. I may have romanticized the idea of being a teenager—having a gold heart, but a cold pair of hands, to borrow Halsey’s words—but there were times when I took comfort in it. In heartbreak, I chanted, “There’s more to life than this pain caused by that stupid skinny jeans wearing potential skater boi.” In social situations where I had to make myself likeable despite the awkwardness and the zit sitting atop my nose, I’d have to remind myself that “nothing matters.” Being young made me feel in control and powerful, but also hyper aware.

More than feeling the fear of losing youth, I am always trying to get to the why of this fear. The more I dig deep, the more complicated the question becomes: Am I afraid of not being a teen anymore, or am I afraid of being an adult? Jenny Zhang, a person who makes me grateful for the internet writes: “When I was a teenager, every little moment called for poetry.  I mean, I’m still this way, except at my age it’s considered inappropriate and embarrassing, if not downright creepy.” That’s it. I’m afraid my actions won’t “match” what being an adult is actually like. Maybe heartbeats will seem too dull, adrenaline won’t come as often, and adventures in the night will be perpetuated with a desire to run away instead of just basking in the beauty of momentary freedom. Maybe feelings amplified and in Technicolor will dissipate and be replaced by insipid exasperation, and quoting Shakespeare (or any piece of literature) in the dead of night during a munchies-run will be corny. Screaming at yourself in the mirror will seem silly, laughter will be expensive, as will tears, and maybe dreaming won’t be as wonderful. Theodore, from the 2013 film, Her, resonates when he says, “Sometimes I think I have felt everything I’m ever gonna feel. And from here on out, I’m not gonna feel anything new. Just lesser versions of what I’ve already felt.”

Breakthroughs come in little flashes. These epiphanies often come from the internet and from conversations. Morrissey, in an interview with Amy Rose, saying that he is still his teenage self and that “if you think we all step through a door marked Adult, or that we sign a Grown-Up Document, you’re quite wrong” gets me through every day of being a paranoid 19-er. This advice from Dylan—whose diaries I pored over in my early teens—felt like a particular callout from the universe: “Being a teen was Kool as Heck—and you can still be that Hecking Kool Dude, even MORE so than you ever thought, even when you grow out of that age designation. You won’t die inside, and you can still eat grilled cheeses and wear scrunchies as much as you want.” And, as universal and automatic as ever, Lorde’s Pure Heroine. Teendom is forever, and there is so much more to become.

When everything was bursting like an open fire hydrant, I transcribed, in all caps, Morrissey’s last line from the aforementioned interview, which also reflects my hypothesis as a paranoid 19-er: “We remain as we always were, and that, alas, is one of life’s many nasty tricks.” I know something is keeping me here, but I can’t ascertain what, yet. My dreams, maybe? I hope it’s not the promise of longevity, or youth, or a great adult life—but the systemic experience of getting into life itself. To not live in fear of losing something, or of something ending, or of something beginning, growing, blooming. To welcome growth. To not worry about losing or acquiring. Getting into life itself, as a counter to fear itself. ♦