The premiere of a video that is a minimalistic dream. 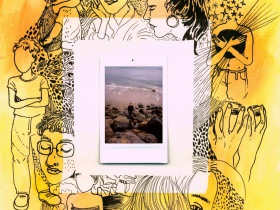 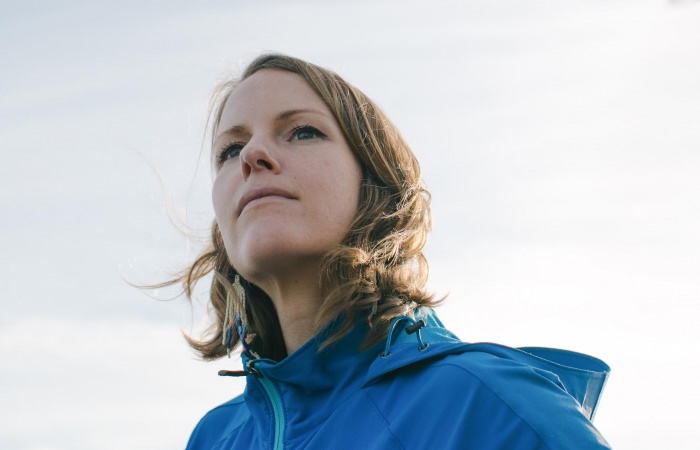 The video for Kaitlyn Aurelia Smith’s song “Arthropoda” is a minimalistic dream. Directed by Melanie Lane and featuring some seriously awe-inspiring dance moves, it gives listeners enough breathing room to take in the sounds without feeling bombarded by imagery:

I talked to Kaitlyn over the phone this week about dance, how she thinks of music as color, and why she’d encourage people to listen to music in the dark.

ANNE T. DONAHUE: This video is very minimalistic. It forces you to listen to the music instead of focusing so much on what you see. Did you have a say in the choreography?

KAITLYN AURELIA SMITH: Mel reached out to me [about making the video] and sent over some videos of her dance style, which I fell in love with. And really, I left it up to her. The only information I gave her was that I wanted the movement to be punctual, not flow-y, and kind of silly. We sent videos back and forth to each other of dances we’re interested in, and pretty quickly we figured out we’re into similar styles. She sent me a video by Phoenix Lil’Mini, who is so rad. So we sent these videos back and forth, and she wrote a treatment. I really trusted her. I loved her movement and felt confident about her style.

The whole aesthetic of the video made me happy. It incites this feeling of peacefulness and comfort and new beginnings.

Oh, that’s so interesting to hear! I just love hearing about what vibe people are picking up. The other day somebody asked me why I made the song so “scary.” It’s fascinating to hear both “calm” and “scary.”

I’ve read that you want people to listen to your music in the dark. Why is that?

My intention with it is to paint with sound. If you hinder your sight, you can really let your imagination take over, and then it can take you on that sonic journey that I want it to.

Have you always been able to compartmentalize visuals and sounds, or was it something you developed as you began to make your music?

It’s definitely been connected. It started [writing music] with colors, and that’s usually how it begins—just a color palette and figuring out what my hue is that I’m working with. And then I expand from there, and shapes start to take form.

Yeah, that always happens, no matter what. Sometimes if I’m in a writer’s rut, I’ll look at something and think, “I’m going to compose to that image or color,” which is really nice. I rarely feel creatively stifled because there’s always something to start from.

How did you find your creative outlet?

I started music when I was 16, but I was always searching for a creative outlet, whether it was writing plays or drawing or just a lot of make-believe and pretending. I’ve always had a manifesting mind, where my brain wants to create something and wants to figure out a way to materialize what it’s thinking about.

That’s so cool! Every kid has a wicked imagination, and then there’s a shift where, for some kids, it’s not so present anymore.

I agree. I remember somebody telling me when I was younger that their belief about imagination is that it’s just constantly combining things that your brain has already seen. And their point of view was that there is no innovation, and that your brain is just combining [old] things and making new combos. I don’t know if I totally agree with that, but I do remember being really excited by it. It was an opening experience, like, “I can combine this, and this, and this, and it will make something new.” ♦