A BIG list of some of our most-favorite books of late. 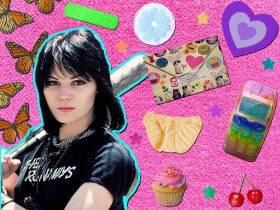 White Girls
Hilton Als
2013, McSweeney’s
Almost everything in my life begins and ends with Chaka Khan. I’d long heard of Hilton Als, who’s considered one of the greatest essayists ever. What made me decide to read Hilton’s essays was his Life Soundtrack, where he wrote about the “incomparable Chaka Khan” deep album cut and Rotary Connection cover, “Love Has Fallen on Me.” From there, I set out to the Strand bookstore where I picked up my copy of White Girls.

The book is teeming with brilliant essays, looking glasses to worlds I’ve yet to enter—one of my favorite being on Michael Jackson, who’s been the subject of many essays seeking to unravel the layers and pin down the mystique. I loved what was offered up in this particular essay: The idea of Michael Jackson’s “Ben” as a metaphor for queer longing, the idea of Diana Ross as his beard, the artistry in his music dying after Dangerous, as well as his own death, an eternal death that occurred long before June 25, 2009.

Through Hilton Als’s profile of the former Vogue editor André Leon Talley, I’ve gotten a newfound approach to my own college dilemmas: “Andre could never just go to his room and study. He had to exclaim, ‘They’ve sent me to this prison! Now I have to go to my chambers and have a moment.'” The essay does an excellent job at capturing ALT’s language and the intimate “moments” where he must exist between worlds, not be threatening, and literally laugh in the presence of racism. —Tayler Montague

Regarding the Pain of Others
Susan Sontag
2003, Penguin
A few months ago I was assigned Susan Sontag’s Regarding the Pain of Others for class, and it has affected my thought process for the better, in a way that I am not particularly shocked by. Despite criticisms here and there, Sontag was undoubtedly a genius and true observer. Regarding the Pain of Others not only summarizes many of the thoughts I’ve had on how “right” a piece of artwork is or how we often appropriate other people’s misery for our own gain, even if it is artistic and therefore “noble.” Even if you aren’t particularly interested in art or reading about it, Sontag’s take on humanity and how we view ourselves as well as each other-especially in the name of creation-is enough of an incentive. —Britney Franco

Gingerbread
Rachel Cohn
2003, Simon & Schuster Books for Young Readers
You may know Rachel Cohn as the co-author (with David Levithan) of the book-turned-movie Nick and Norah’s Infinite Playlist. But before she laid the groundwork for a cinematic indie masterpiece that made me want to roam New York with a random boy, she was writing a fiction series about a rebellious punk named Cyd Charisse. Cyd makes her debut in Gingerbread, as a teenager with a serious wild streak who may love coffee just as much as she loves her surfer boyfriend, Shrimp. When it turns out that grounding her isn’t enough to calm her rowdy behavior, Cyd’s parents send her to New York to spend the summer with the biological dad she hasn’t seen since she was toddler. She was totally down to kick it in the Big Apple, thinking she’d be in her grunge element, but without Shrimp and her tolerant parents, she learns the city isn’t as welcoming and kind as she expected—and neither is her bio dad’s side of the family. This book was my punk wakeup call when I was 13. If you can remember a time when you were majorly pissing your parents off, but then a year or two later you looked back and mentally thanked them for not letting you get away with your shenanigans, this book will make you smile with bittersweet nostalgia. —Thahabu

CRUSH: Writers Reflect on Love, Longing and the Power of Their First Celebrity Crush
Cathy Alter and Dave Singleton
2016, William Morrow
As someone who never had boyfriends in her teens, I had plenty of fake ones in the form of celebrity crushes: Joseph Gordon-Levitt, Zac Hanson, Vincent Kartheiser, River Phoenix, Julian Casablancas, LEO DICAPRIO, to name a few. What felt so safe about having multiple famous loves was that they became my secret space for exploring who I was as a budding sexual person—since interactions with IRL boys were often blah and nerve-racking. And it’s that very concept of the first celebrity crush that co-editors Cathy Alter and Dave Singleton set out to explore in their new anthology CRUSH. There’s an assortment of candid essays from contributors like Roxane Gay, James Franco, Hanna Rosin, and Stephen King, all dishing on who their first celebrity crush was, and the deeper meaning of why that person had such an everlasting effect on them. If, you too, are inexplicably obsessed with a famous person and don’t know how to channel that sexual frustration, join the club and pick up this book. —Jinnie Lee

So Sad Today
Melissa Broder
2016, Grand Central Publishing
The longtime anonymous Twitter account @sosadtoday transcends the confines of gender, the details of everyday life, and ego, and is instead a space for reveling in emotion. Now, a year after poet Melissa Broder announced that she is behind the account, So Sad Today the book has been released. While @sosadtoday is known for its brief musings on an ever-present feeling, the book goes much deeper. Prior to reading the book, I was worried that the essays would reignite mental health issues that I’ve managed to get somewhat of a handle on over the past few months. It wasn’t until actually reading the book that I realized what a relief it was to encounter someone so honestly and eloquently writing about similar emotions. So Sad Today is astonishingly refreshing. —Rachel Davies