Feeling my way through drug dependence and grief. 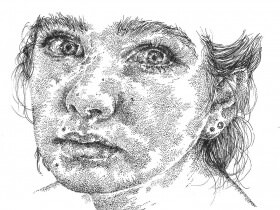 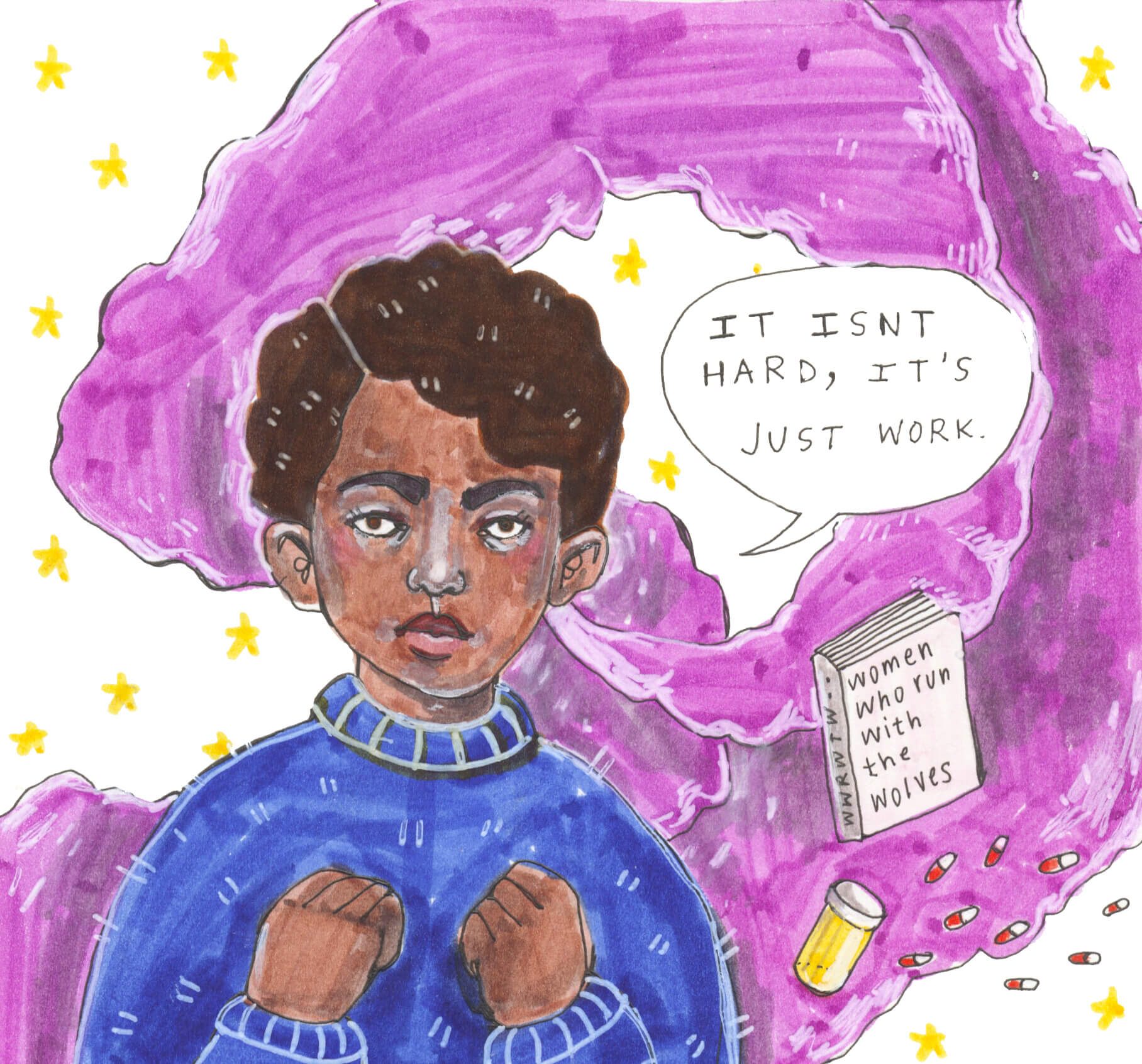 The first of my two stays in inpatient care happened because of an alprazolam overdose in my school’s fifth floor bathroom. It was unintentional; my idea of fun has never included taking enough benzos to make my principal think that I am on heroin, or ending up sedated in an ambulance. They asked me why, they all did. The teachers, the doctors, the patients, the twin in my mirror. I said: I didn’t mean to. It was supposed to be fun. I was supposed to relax. I wanted to sneak a peek at God in between reading Jane Eyre for lit class and dissecting equations like a picky child refusing their food. I started with a small amount and for some reason, everything left me. It was over from then on. It is a terror to lose the Russian roulette guidebook right as the gun hits your palm.

A few months earlier, in November 2014, my mother passed away three months after her cancer diagnosis. The father I thought had died, until she did, arose from his grave. But he lived in the South, and I couldn’t give her and the city up—not then or anytime. It would be a hangman’s task. Either way, I was alone. Absolutely and so irrevocably that at times I would literally run around like a chicken with a snapped neck on my mother’s childhood farm, muttering, “I can’t believe this, I can’t believe this, I have to wake up now, I can’t believe this, she wouldn’t ever let this happen…she wouldn’t, she wouldn’t…” It was not only the nightmarish grief that I had seen played out so many times in movies and books, but overwhelming shame and anger that I hadn’t been a better daughter, a better healer, a better soul that could have so easily been my mother’s raft.

I smoked weed before my mother’s passing, but infrequently enough that it was an occasion, and chastened enough by her scoffing at drug use to keep that small amount in check. It was the one drug I had done, besides an acid trip freshman year. The smoking didn’t increase right away, but it began gradually creeping up a few months later in March, when I took Xanax for the first time. As always, it was for fun. Tenth grade was a gray, flat square that I was determined to trample at least a bit, to keep myself alive. I didn’t question why I needed this kind of wild survival, because the daily panic attacks, constant days off from school, and anxiety that made me shake until I couldn’t type properly were the answer. I so desperately wanted to pretend that these weren’t my problems, that I was just some effigy of myself so none of this could really be affecting me. But my drug use wasn’t just about managing these symptoms: My consumption, like the panic attacks, was a side effect of grief. Results of untracked depression that, when I started therapy that same March, I’d been made to believe would be censored by Prozac and brief weekly check-ins. It was almost as if my body had made me forget my mother’s death as the source of this abjection, and was now frantically searching for some cause to remedy, finding nothing.

After the hottest NYC summer on record ended, I stopped doing benzos and any kind of pill or prescribed medication. I only smoke pot now, but even “only” has its consequences. It would be foolish to lie to myself, or to anyone else, by saying that I do not smoke every day. I don’t smoke copious amounts, but that does not change the dependence. In ninth grade health and in Mind Over Matter group, the slide that received the most scoffs was always the one saying that while you cannot be physically addicted to weed, you can be psychologically addicted. Your mind can crave it: “I should smoke right now” grows into a mass that can ache until release. It can be an annoyance. It can be a hellscape. And then there is the “why” to face. Whether it needs to be painfully coaxed out from its crawlspace, or it smacks you in the face, in any form, it’s there. The cause of dependence, made up of a single path or many, is easier to neglect, to tuck away and cloak, than anyone teaching any of this will ever be able to convey. The attraction to drugs and substances is tinged with an underlying danger that I didn’t really believe in: It is controllable, it is weaker than me, it is not a brute that forces its way into my room, breaking down the front door in an unceremonious announcement of invasion. This thinking makes it tame. This makes it friendly. And it is so much easier to live this way. Especially at first.

I do not realize my issue until my DBT therapist, in a fit of frustration, lays out everything that I’ve been unwilling to look at: I am grieving. I lost my best friend, my literal soulmate, and I have not been taking the adequate amount of time to confront all of my issues, especially this one. I prettify them. I smoke and they still exist but in another realm, even if it’s for a few hours. I covet the slight disconnect. She is the one therapist that feels like a mirror image of myself. The resemblance presents itself as one of those scenes where a character must confront an exact copy of itself and figure out their own weaknesses in order to prevail. I enjoy this, even though I don’t say so, because it is how I would treat myself if I could leave my body and confront myself. This is why I trust her. This is why I realize.