Ella on the Run: Undone

The singer premieres her new EP. 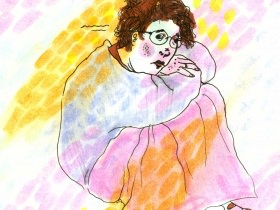 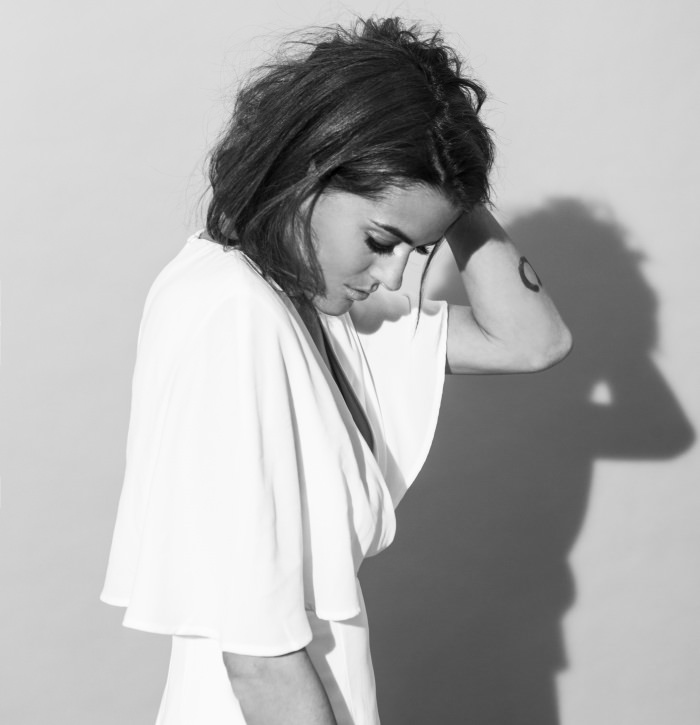 Photo courtesy of Ella on the Run.

Stephanie Gautier, the woman behind the electro-pop sounds of Ella on the Run, can’t remember exactly when she started singing. As I spoke with her, though, it was clear that she doesn’t have any intentions of stopping soon. Today, we are super stoked to premiere her stellar new EP, Undone, right here for you all!

How’s your day been so far?

It’s been good. I had a really long road trip of about six hours. [Laughs]

Oh wow! Where were you headed?

I was in Switzerland, visiting my family, and now I’m heading back to London via Paris, so I’m in Paris right now!

I have two older brothers; one lives in New York with his wife and kids, and the other one lives in London. My parents both live in Switzerland, and they’re very cool! Quite standard, no musicians or anything.

I was reading a little bit about you—you’re based in London now, but you’ve lived all over the place.

I did! I’m a bit of a nomad. I grew up in Switzerland until I was 18, and then I came to Paris to work. I didn’t want to study immediately so I took a gap year to work, and then I went to the States to study. After that I ended up in London.

What has it been like to move around so often?

Well, things were kind of steady up until I moved when I was 18. Switzerland is a beautiful place, but I wanted to go and explore the world, experience more exciting things and bigger places. Switzerland is quite small! It’s like a small town, basically. Everyone knows each other.

Have the location changes affected your music?

Definitely. I think, especially writing-wise, it depends on where I am. I write a lot of my stuff out in L.A., because that’s where all my school friends are. I keep in touch with them when I go out to L.A. They are super creative. And London as well, but only if I’m at the studio. I kind of need to get out of my apartment, and get away from mundane stuff like dishwashing, laundry, the bills…that can get kind of distracting. But I think it would be like that anywhere I live. I just need to get out of the house in order to be creative. In terms of cities, I would say L.A. is my favorite one to write in; there’s such a creative energy there.

Just from my experience in doing art, it can be really scary to reconcile what I want to do with the idea that I might not ever be able to support myself with that. Did you ever have those fears? How did you overcome them in order to do what you do?

Definitely! It took a while before I got the courage to pursue a career of my own. I worked in the music industry for a while, and the whole time I had the nagging feeling that I wanted to be doing something else. I was doing gigs on the side, but I wasn’t really doing it professionally, or full time, because I still needed money and London is an expensive place to live. Eventually I got frustrated with doing so much for other artists and not myself. I worked in band booking, promotion, publishing, and at a label for a while, so I did a bit of everything. But all along, I had an education as a musician myself. I was a passionate singer but had never sat down or gone to the studio to work on writing songs. I eventually hit the limit and realized I had to do it, or at least try to do it. I didn’t want to look back one day and think, If only I had tried. It’s not like I have the most successful career or anything, but I think I can look back at what I’ve done one day and be proud of myself, because I’ve done what I set out to do. I did my recordings, I like my songs, I’m proud of them, they’re available on all different platforms, and I’ve done really cool shows. Whatever I do, from here on out, is a bonus. I try and make it work, but it is still incredibly difficult to make a living as an artist, but it is possible!

How old were you when you figured out you wanted to be doing this?

Music in general? I think I was like five years old. Apparently I was running around the house, singing and annoying everybody all day long! To give me an outlet for that energy, my mom stuck me in this children’s choir, and I loved it! One thing kind of led to another, and when it came time for university, I really didn’t want to do anything else but music. I did music business management as well, because I did like it and it did interest me, but also because my parents were like, “OK, it’s music and it’s business, so it’s not all bad!”

How do you think approaching music first from the business side has helped you in the creative field?

Other artists who are friends of mine do sometimes come to me for advice. Things change so rapidly in the music industry. I have this “Ella on the Run” persona, which is all the creative parts of me, but I do also look at that persona as a brand that I’m trying to sell. Unfortunately, it’s not just about the music; it’s also about the artwork, and you have to really hustle online, which is why I have such a good management team. I think a lot of artists forget that. If you want to get out there, you kind of have to roll up your sleeves and do it yourself. I think I have that as an advantage because I know this, and I’ve worked in marketing and press, so I can sometimes step back and think about what the audience wants to see, and how can I make my art more relatable.

What kind of music did you listen to while growing up?

Oh wow! I think the first music I can remember was neo soul and R&B stuff, like Erykah Badu, Aaliyah, TLC…stuff like that. Then I went through a pop phase, which is why I did that Ace of Base cover of “All That She Wants,” because I used to really love that song. Then I listened to a lot of jazz while I was [in college], which was a whole new experience for me. It was a whole new level of music and singing. Then I really got into electronic music, which I am still very into now. I like minimal, experimental stuff, which isn’t very reflected in my music, but I do love it a lot. I love to listen to people like Caribou. He does insane stuff with homemade instruments and stuff. I’m really out there with my tastes!

What kind of music have you been listening to this week?

You’ll laugh about this one, but I was listening to Zayn Malik’s new album.

Yeah! I really love the production on it. Because I do a lot of electronic pop music, I think it’s good to listen to a lot of that. Also Top 40 music, even though some of it is rubbish, some of it is also really well produced. We did that really long road trip, and my boyfriend had a really great playlist of classic French and Italian songs, which worked perfectly. That was really cool!

I really like the way you write your songs—the lyrics are really emotional, but also really strong, without letting the two compromise each other. What things are you most drawn to when you’re writing?

Well, I think most of my songs revolve around…they’re always quite dark, and I don’t know why I often get pulled to a darker point, but I write a lot about the difficulties in relationships between humans. It doesn’t always have to be within a couple scenario, it can also be between siblings, or friends. Most people assume it’s always about romantic relationships, but it’s not always about that. I’m actually a really happy person, actually—I have a good relationship with my parents and with my boyfriend, and even my ex-boyfriend. I find it easier to explore the darker subjects, I don’t really know why…no, I do know why, because they have more depth to pull from! I want to do it at a level where it is my experience, but people can still relate to it. I would listen to Alanis Morissette and think, like, Wow, she totally gets what I just went through! I’d like to achieve that as well. I want that depth, but not make it too personal, so that everybody can relate.

What kind of advice would you give to someone navigating conflict in a relationship?

That’s a tough question! That’s the answer I wish I had. Honestly, I have this recurring theme in my songs, which is trying to make it work. It’s always about that end of relationship, where it’s not over yet, but it’s coming to a close, and everybody is holding onto these strings that might not even be there anymore. You can feel comfortable there, or feel scared to be alone, or scared to let go. Sometimes it’s just easier to let go. You might be happier, you might both be happier, and if you aren’t better off you’ll probably find a way back to each other. I want to believe that, at least. I’ve been through all kinds of relationships, and some have worked out and some haven’t, but I think the bad ones are the ones that linger for too long. Both parties are too scared to let go and move on. I have that in my new song, “Undone,” where things linger for too long and you end up wasting all this time being unhappy. Don’t waste your time—get out! Life is much too short to be unhappy. You should be incredibly happy with someone or not be with them at all. But it’s easier said than done, and I’ve made those mistakes. I’m not here to lecture anybody.

But I mean, you also have to make those mistakes sometimes.

Of course, and every relationship brings a new experience. Hopefully, with the next one, you might not know what you want, but at least you’ll know what you don’t want, and you can figure out things from there. ♦