The multimedia artist on her obsession with fast food signs, and what it means to “search for more than flesh.” 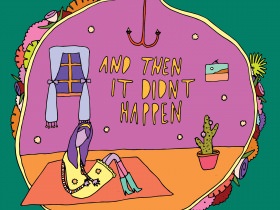 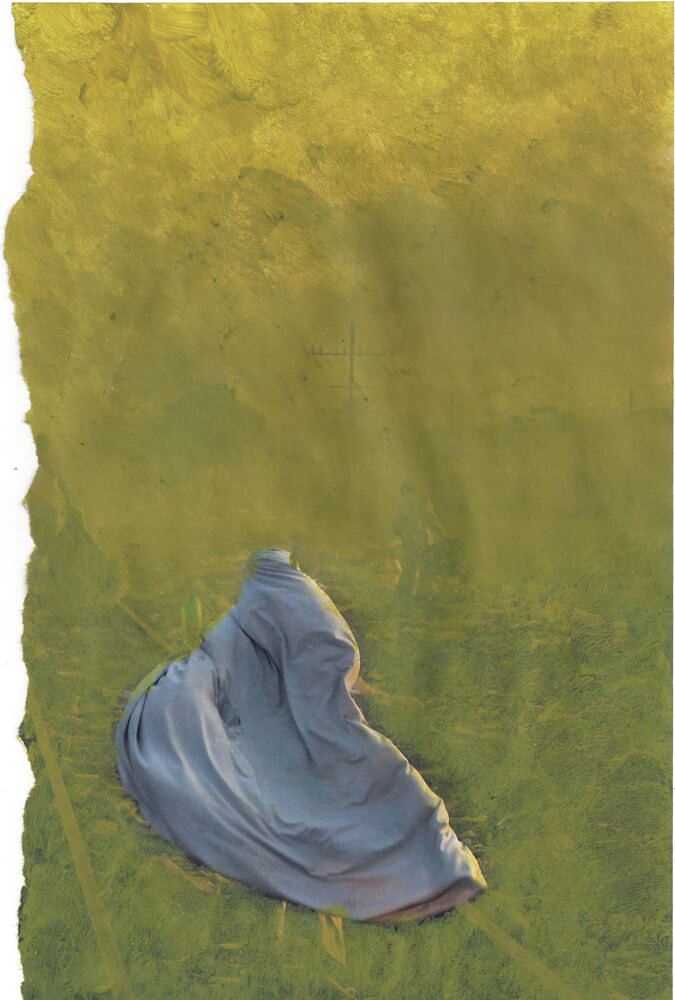 The 20-year-old Australian artist Chelsea Arnott is currently in the third year of a visual arts degree. Her work is rough, immediate, and intuitive because she uses it as a way of processing her emotions. She finds solace in mantra-like phrases, found imagery, and in being a “jack of all trades, master of none.”

I spoke to Chelsea about her latest endeavors as an exhibiting artist, her sobering text works, and her dog Daisy.

MINNA GILLIGAN: Your Tumblr header reads “flesh searching for more than flesh,” which I believe is a reference to Charles Bukowski’s poem “Alone With Everybody”? Could you tell me a bit about why this line is important to you?

CHELSEA ARNOTT: That is indeed a Bukowski quote. To be honest, it’s been my header probably since I started my art blog back in high school—I found the quote in a book I purchased from an awesome poetry bookstore, probably four or five years ago now. Even though I rarely read his stuff anymore, the quote is a nice reminder of me trying to find myself. The quote, in itself, is a reminder to keep on searching and digging deep to find more than just what’s on the surface.

From what I’ve seen of your art, you seem to work between a number of mediums, including words, markers, fabric, paper, canvas, and photography—feel free to chime in if I missed any! Are you partial to any specific medium, or do you enjoy the challenge of working across different ones? I think each different medium offers an artist a different advantage.

I think you’ve got most of them! I’m also pretty partial to found image collage, and I’ve been thinking loads about making some ceramic plaques lately. I’ve always kinda gone along with that saying “jack of all trades, master of none.” I wouldn’t say I’m technically good at any of these mediums, but I have always managed to use them to my benefit. I like to think I work best when using a combination of mediums.

Where do you make most of your artwork? Could you describe the sounds, smells, and rhythms of this space for me?

I make my work everywhere, but it usually starts in my journal. I like to romanticize that I journal best on trains and in cafes, but generally speaking I am usually drawing in lectures at university or hunched over sitting on my bed late at night. It’s pretty quiet—my dog Daisy is usually sitting at the foot of the bed all sprawled out and snoring, while I’m furiously scribbling down ideas or painting without trying to spill it, or just staring at a wall trying to figure out what I’m doing. I spend a lot of time in my own head when I’m making work.

Your drawings have a journalistic, diary-esque quality to them. How much of yourself is visible in your artwork?

I’m pretty self-absorbed, so all of my work is to some extent about me. A lot of the time I use my practice as a coping mechanism for my emotions and I think that tension and raw emotion really comes through in the work. Most of my work is made or at least started in my journal, which makes each piece intensely personal from the get-go.

Your text works are laced with naïvety, but at the same time they are serious and somber. Some of them—for example “It’s Eeeasy to Luv U” and “Good Morning and Good Luck”—sound like excerpts from pop songs or love poems in teen diaries. Where do these phrases come from and what do they mean to you?

The phrases come from everywhere. Many of them I think of and write myself, but others come from wherever. I remember one phrase I saw stuck on the counter of a Lord of the Fries fast food store, it said something along the lines of “please do not hold onto me, I will fall onto you,” and I just thought about it a lot until it became almost a mantra and I took a kind of ownership of the phrase. I do tend to latch onto the phrases and obsess over them once I find them.

Your work was recently in an exhibition titled “Queer Country.” Could you describe the work you exhibited and what compelled you to make it?

The exhibition “Queer Country” was held in Melbourne as part of Midsumma Festival 2016. The work I made was called “Muddy Colours.” They were two big color fields printed onto cotton, one depicting a pretty serious car wreckage, and the other a tiny diver surrounded by blue ocean. I made the work in the aftermath of a pretty traumatic experience, and I was trying to use found images to explore my emotional state, to find images that were in some way comparable to the depressive emotions I was feeling.

Do you have any other exhibitions coming up in the future?

I have a second showing of “Queer Country” in Bendigo, Victoria, [Australia], throughout April. Other than that, I’m mostly just hoping to focus on my final year of university and exhibit more next year.

Currently I’m hugely inspired by Hannah Wilke, an artist who took self-portraits up until her death. I’m really inspired by the Intra-Venus series, which was taken throughout the course of her cancer treatment. I also just saw the Grayson Perry show up at Museum of Contemporary Art in Sydney and I can’t stop thinking about it!

What are your aims for your art practice and yourself in the future?

I just want to keep working creatively. Whether that means maintaining my practice, making clothing, writing a book, working in some archives somewhere—as long as it’s stimulating I’m keen. I also aim to delve into some postgraduate studies for sure.

What are three words that describe your artwork?