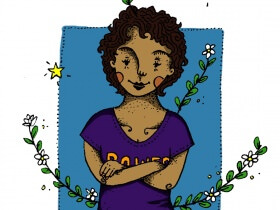 The Stuff of Legend: A Manifesto 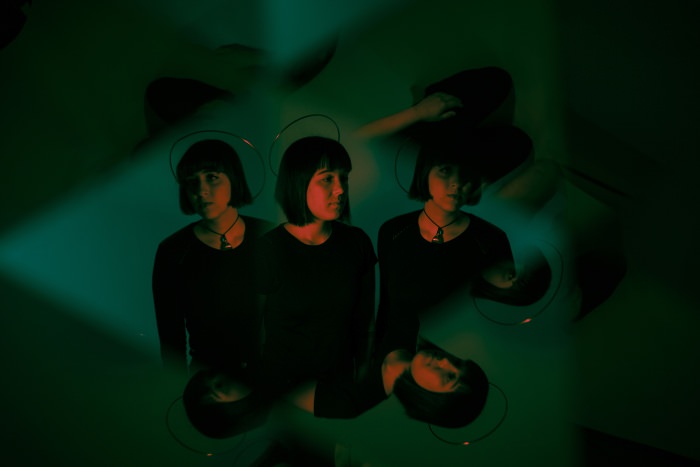 Crater was formed two years ago in Seattle. The two-piece consists of friends Kessiah Gordon and Ceci Gomez, who have known each other for close to a decade. As collaborators, they honor this question when it is asked: “Can I drive for a second?” (Cool idea, right?)

This month, Rookie’s theme was Cult of Personality. For its theme song, we enlisted Kessiah and Ceci to cover Alanis Morissette’s “Uninvited,” a torcher of a song about kicking a dangerously charismatic person to the curb:

I recently talked to Kessiah and Ceci about creative partnership, as well as how they established the “personality” of Crater.

ANNE T. DONAHUE: What drew you to covering this song? The high notes are so real!

KESSIAH GORDON: We were working within the boundaries of Rookie’s theme [Cult of Personality], and this song embodies that idea so well. We knew instantly that Alanis was the artist we wanted to cover. There were a few other songs under consideration, but in my mind “Uninvited” is so unbelievably badass and empowering, and also in complete alignment with the kind of attitude we want to deliver in our own music.

CECI GOMEZ: I performed “Uninvited” at a talent show in middle school, so I have a deep-rooted affinity with it. When Kessiah brought up Alanis as an artist to cover, I immediately knew it had to be this song.

How did you meet and decide to start making music together as Crater?

KESSIAH: We formed two years ago, even though Ceci and I have known each other for nearly nine years. We met in college, but were both invested in other musical projects, so it wasn’t until after graduation that we even considered each other as musical partners. It worked out in the end.

Has collaboration always come easily to you?

KESSIAH: Working with other people was slightly easier when I was in a rock band, but mostly because of the plug-and-play aspect of that genre. Producing electronic-based music is challenging because you’re tethered to a computer, and that doesn’t always lend itself to an organic songwriting process. But Ceci and I have locked in a pretty good collaborative system—one that took a lot of patience and fine-tuning. “Can I drive for a second?” is the kind of language that is often used in our creative space.

Thinking about “Cult of Personality,” how do you check your personalities when you have the urge to take over?

KESSIAH: A lot of talking.

CECI: Both Kessiah and I are strong and “spunky” individuals, and I wouldn’t want to have a musical partner who was any other way. We keep ourselves in check, generally, but we do have our fair share of days when we bicker like an old couple.

Your band has such a natural-seeming, distinct presence. Did you deliberately create its personality?

CECI: Crater is the amalgamation of Kessiah’s brain and my own, and the music is what ensues. Our music samples an array of sounds that are then warped in Ableton. That is what makes our band’s personality. There is an alien aspect to our music, and we really try to create pop songs that don’t quite fit into prototypical popdom.

KESSIAH: Our aesthetic is grounded in a fairly disorganized process of absorbing hundreds of images and sounds that inspire us, but then curating them in a way that suits our own personalities and attitude in a given moment. Ceci talks about Crater being the amalgamation of our collective brains, but I think that’s mostly Ceci’s brain, and that I’m wandering through it.

Which musical personalities do you admire most?