Ideas for getting off the internet and into the world. 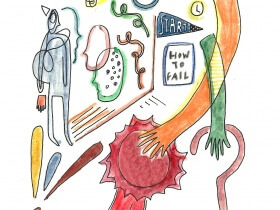 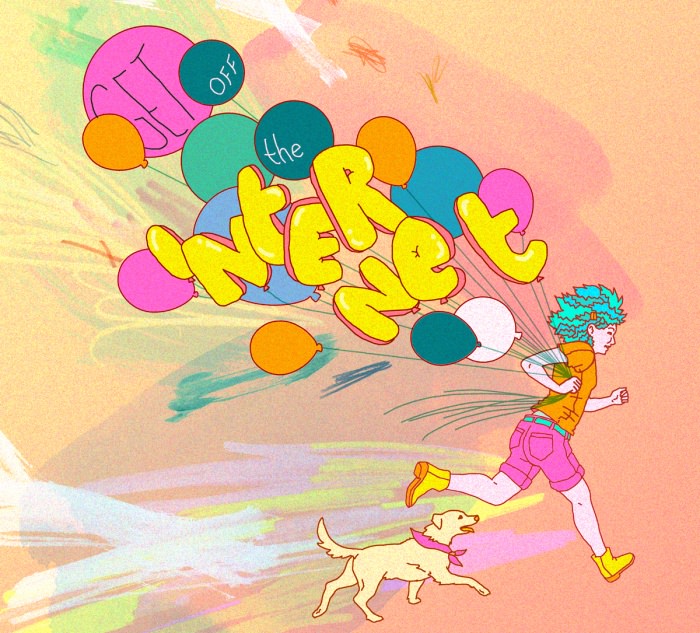 Spring is here, I promise you. I swear. Every year I forget that spring comes again. And every year I forget that I can go outside again. This column is a shoutout to everyone who got into a Wikipedia spiral before even getting out of bed. And it’s for my homies who went through every Instagram photo of someone they’ve never met (before even saying hello to a real person). Ditch the device! Ditch the device! Here are my favorite things to do, unplugged:

Write a play. I mean, why not?! Write a short, one-act play about something that makes you happy. And the best part of it all? You have a play on hand that you can put on with your friends. When I was in high school, I wrote a play called Edna, the tale of a matchmaker who was trying to find love. I thought it would never see the light of day, but my school put on a play festival, and we got to bring Edna to life.

Recreate a famous photo. What’s better than a photo of someone you admire? The same photo, except you or your friends are in it! Jk, the original is king, but an homage is a close second. Find an iconic portrait, one that moves you, and find a way to make it your own. I recently photographed Amy Rose in a re-creation of a Truman Capote photo. It didn’t come out exact, but we gave it our own flair!

Find an open mic and talk into that mic! This one takes some guts, but can feel so rewarding. Open mics abound in cities, but can be a little harder to find in small towns, so ask around! A lot of coffee shops host them for people to share their work. Tell an interesting or funny story, sing a song you wrote, read a poem, tell jokes, or just say whatever you want! Performing can be scary, but getting a reaction from another human being based on something you said or did feels reaffirming, like, Yes! Something I did has affected someone else! I exist!

Read a biography of someone who interests you. For my Wikipedia-heads out there: Wikipedia can be great, but biographies are where it’s at for detail and, most important, truth. Get an in-depth look at one person’s entire life, their work, their impact, the things they said, the people they loved, all woven together with one author’s particular way of telling a story. Dedicate time to learn about the people you admire—they dedicated time to be an inspiration! I recently finished a book about Theodore Roosevelt, who isn’t someone that I particularly adored, but I was so intrigued by the way he bulldozed politics and didn’t seem to care. And now I know everything there ever is about him and if someone says something wrong, I can correct them snobbishly. Check please!!!

Collect old, thrifted photos of strangers. At many thrift stores, there’s a giant tub of old photos that were brought in from estates when people passed away. They are usually family photos, but they really tell a story about people you never knew and never will know. Invent stories around the photos, or find ones that you think are unique. This is one of my favorite things to do. I have an entire collection of photos that I’ve bought from thrift stores, ones that were probably just family photos that no one thought much about, but I find fascinatingly beautiful. Photos of children that have long since grown up, lovers that probably broke up, groups of friends smiling and waving, photos with scribbles on the back: “Benny’s first walk,” or “Me and the fellas.” They feel so personal to me, like they are my memories, even though, of course, they are not.

Make an old piece of clothing new to you! Bored with an old T-shirt? Have a piece of clothing you love but it has a stain? Use your old wardrobe to create a new one! Sew things together, put patches on, or even paint directly on them! I used to love to “destroy” pairs of jeans that already had holes in them. I would bleach them, draw on the pockets with a Sharpie, sew up the holes with bright embroidery thread, and sew little patches on them. One of my favorite projects was making a skirt out of five T-shirts that I loved but all had stains or rips. I didn’t want to get rid of them, so I cut out my favorite parts, sewed them together, and wore them all at once as a skirt. It was a little ill-fitting, but I never cared. I still have it and wear it! ♦