I strengthened my girlhood while curating it in a world that questioned it. 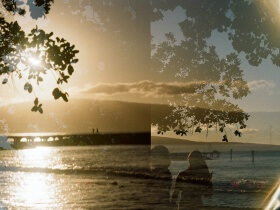 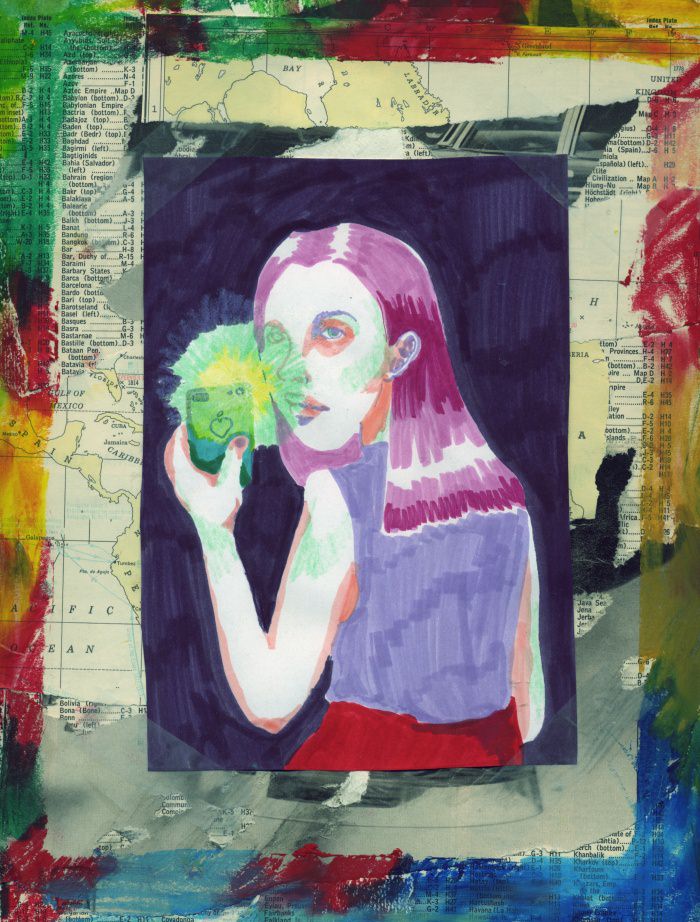 In the morning, it begins with my hands. I observe them as they wash my face and dress my body. These hands have prepared meals to nourish the body they are attached to, as well as the bodies of people I love. Still, I interrogate them, as the world outside my bedroom would. I avoid wearing rings and bracelets. Although my hands have performed well for 23 years, they often tell a story I am not ready to tell strangers. The size of my hands could communicate to the public that I am transgender, so I often attempt to make them look smaller. Femininity became a survival skill that sheltered me from public scrutiny as a trans woman. Finding the masculinity that hormone replacement therapy (HRT) couldn’t erase is the tough love I give myself.

The evolution of HRT came in waves. When my medical transition began, the femininity from within showed itself slowly. The first sign was softer skin, followed by a rounder face shape. I was extracting the girlhood I never thought possible, and the physical changes helped me construct who I could be. The world didn’t welcome me as I reintroduced myself to it. So I sought out shelter online, as the support system I needed could be found there.

At 10 AM, the sun positioned itself in the perfect spot to pour light into every room of my apartment. That morning felt different. The usual self-criticisms inflicted on my body had evaporated. The lifelong resentment between us had been lifted. In the hopes of not scaring it away, I didn’t question this change in mood. A moment like this was worthy of being a checkpoint on the timeline of my life. I watched my hands hold my iPhone camera above me. It’s always the same formula: Hold the camera slightly above the head, chin pointed down. Look down slightly to show the handiwork of my eyeliner. After 20 attempts, I found the image that will serve as a time capsule. In the selfie, I placed my hands near my face. Instead of recoiling them away, they were in plain sight. My red nail polish demanded to be seen. I exerted control over the way my hands could be perceived, for the future 2 AM self that will feel abandoned by this fleeting union of body and spirit. I posted this selfie onto the string of other moments just like this one. I slowly built my case against the world (and myself) that trans girls can experience emotions other than shame for their bodies.

At 2 AM, on my laptop’s webcam, I attempted to capture the magic of my unraveling girlhood. I unearthed small physical changes from the estrogen settling itself into my DNA. The subtle feminine alterations felt like little greetings from the inside of my body that were letting me know that everything was going according to plan. I stared at this image that managed to look like an old friend as well as someone who looked nothing like me. My eyes and lips were still the same ones I had inherited from my parents; they were simply placed onto a more feminine version of myself. The familiarity of this slightly new face stemmed from a lifelong string of dreams. There I was, immortalized and ready to fly into cyberspace. There I would find girls just like me, also documenting their midnight ascensions.

I strengthened my delayed girlhood while curating it in a world that questioned it. In part, it was a stand against the identity I was given by the doctor in the delivery room I was born in, before I had the words to give consent. The boyhood I didn’t sign up for was the biggest lie told about me. Selfies were practice of the redemption I gained in my adulthood. As those selfies landed onto the computer screens of other trans girls, shared revelations began to take place. For some girls that were still in the midst of constructing their identities, this could have been a look into their future, or a call to arms against the words placed onto their bodies. A portrait of what life could look like was being painted, even if this portrait didn’t mirror their own. My self-representation was placed alongside others, to reveal all of the variations of girlhood that could exist. We watched each other from our own corners of femininity, and we took on roles that had been denied to us. Through the act of listening to each other’s stories that had no platform in the physical world, we became something between mothers and sisters for one another. We nurtured one another with the promise that the care was reciprocal. Clicking ‘like’ on a selfie wasn’t just a courtesy, but a push forward. We saw each other, we were engaged, and we urged each other to keep going.

This community became a talisman that I could carry into the world. My iPhone was my way back to my sister-moms, who knew the perfect formula of humor and wisdom to soothe the burns left on my skin from unwanted stares. We sent messages of support to each other, with memes added in as a way to lighten up the tone. I carried them close by as I was seen without the blanket of camera filters and angles. In the jarring light of day, I could not crop the parts of my body that made my transness visible. I enviously looked around at all of the people walking alongside me this morning. I watched the ease in their bodies that could only come from assembling oneself from the inside out. My trans girlhood was an external construction zone; everyone could see the areas that still needed my attention. My body was political, even when I didn’t ask for it to be. I caught the width of my shoulders at an angle I didn’t pre-approve of on the reflection of a building, and the magic of my morning selfie session was extinguished. Here, I lost the power of adjusting the lens to the parts of me that didn’t disclose my history. Looking for a quick escape, to control the way my femininity was physically unraveling, I rushed to buy coffee I didn’t need just so I could take my testosterone-blocking medication. I pulled out my iPhone as the little pink pill traveled down my throat.

As I checked my phone throughout the day, I witnessed my trans comrades running through the motions of their day via selfies and 140-character thoughts. Our daily triumphs were cumulative, and they were displaying trans lives in motion. We were not just hashtags and think pieces. With renewed strength, I walked the remaining five blocks to my destination. When I arrived at my friendly gathering for lunch, I was relieved to be around friends I could touch. Some of the women were of trans experience, and some were not. Although the love I received from them wasn’t more important than my online communities, the immediacy of their hugs and touch soothed me. We listened to each other speak across the spectrum of girlhood. We sighed and laughed right on cue. All of these women had stories of being told they weren’t ‘woman’ enough. We took the weight of misogyny off of each other’s shoulders and carried it together. Our experiences were different but the source of it all was the same.

Instantly I remembered the way I scrutinized my hands, and I felt remorse. My hands weren’t the pinnacles of traditional femininity, but they were hands attached to a feminine woman. There wasn’t anything else for them to be but feminine. With the feeling that this was a lunch date to remember, we ended it the only way we knew how. Standing close enough to smell and compliment each other’s perfume, we smiled for a group selfie.

On my way home, I scrolled through my timeline of self-portraits. I started 53 weeks back, and scrolled my way up to the future. I saw a beautiful girl, who should try more smiling and less pouting. I saw parts of myself that I didn’t want others to miss, with filters and lighting to amplify them. For a girl who was told she couldn’t exist, I saw her using her audacity to foster her growth—an audacity to exist and thrive publicly. I looked at my reflection for a chance to see her in the flesh. This version wasn’t quite as poised as the virtual image, but I knew it was her. Despite the texture created from existing in the world, everything I loved about the girl online was there. The girl online was in control of her image, and the girl offline was at the mercy of her environment. Neither of these women could’ve existed without the efforts of the other. The curated online image was sustained by the lived experience. I could no longer see where she ended and I began. I am her, and she is me. ♦