Notes From an Accidental Activist

(A) Use the block button. (B) You’re strong enough to take a stand. 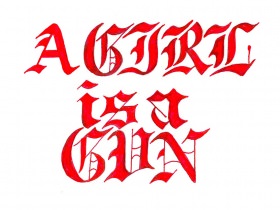 A Girl Is a Gun 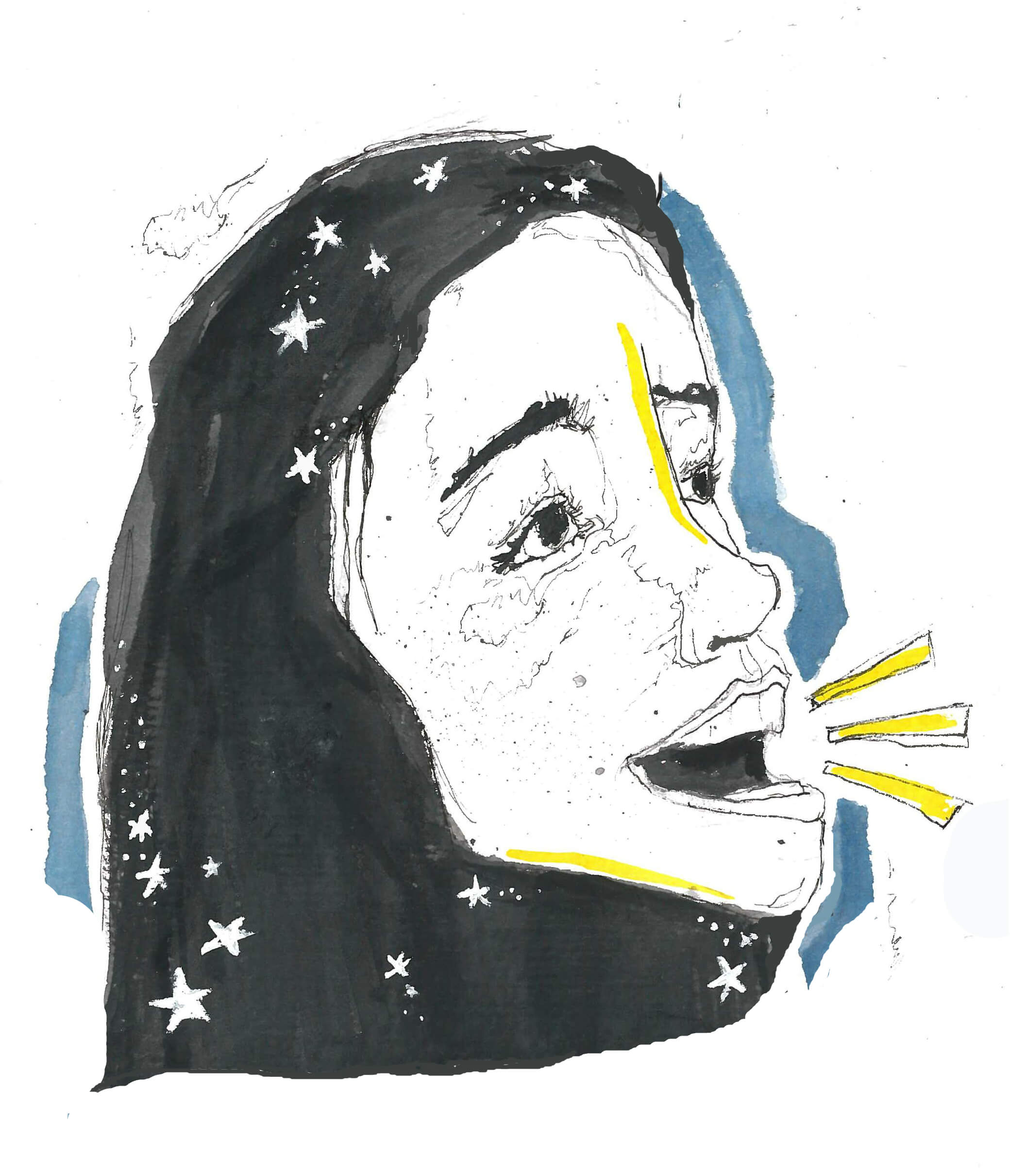 At first glance, it seemed like what I had just read on my Facebook timeline must have been written in error. I couldn’t stop thinking about it. Iranian dual citizens (as well as Iraqis, Sudanese, and Syrians) were going to be subject to travel restrictions if a bill called H.R. 158 made it through the House and Senate.

By the time I found out about H.R. 158, or the Visa Waiver Program Improvement and Terrorist Travel Prevention Act of 2015 (aka the “Terrorist Travel Prevention Act”), it had already passed in the House with an overwhelming majority. If this bill went on to pass, my life could potentially change. One immediate implication is that I’d probably have to start getting visas when I travel—not impossible, but a restriction on my travel that other Americans didn’t have to worry about. And if something like this can happen to Middle Eastern people like me, what’s stopping the government from passing even more frightening legislation? Spoiler Alert: The bill passed, and dual citizens of these countries have already faced the negative effects of travel restrictions.

I’m not one to trust everything I see on the internet, even if it’s written out in an intelligent and comprehensive way, like the post I saw was. So I downloaded the text of the bill (which was surprisingly difficult to find, since the House of Representatives had already voted and passed it) and got to work teaching myself basic legal terminology by frantically googling various terms in the bill using a slew of government websites, so that I could understand what the bill actually meant.

Basically, there’s this thing called the Visa Waiver Program that allows countries that participate to travel freely (for 90 days), without obtaining a visa prior to traveling. That’s why Americans can go straight into Germany without a visa, for example. Lots of countries participate in the program—mainly European countries. H.R. 158 states that if you are also a citizen of Iraq, Iran, Sudan, or Syria, your right to travel using the Visa Waiver Program no longer exists. Someone who is German-Iranian has to obtain a visa before coming into the United States. I won’t bore you with the nitty gritty, but what it boiled down to was incendiary language that discriminated against those with dual citizenship from a select few countries.

The bill specifically restricts travel for dual citizens of countries that are labeled “sponsors of terrorism,” a government list that Iran has been on since 1984 despite not having committed a terrorist act on American soil. Members of the House of Representatives, including some who had already voted in favor of H.R. 158, wrote a letter urging Congress to change the language, citing discriminatory terminology. While the effort was a nice gesture, it was ultimately too little, too late. The House had already passed the bill and the Senate vote was nearing. Long story short, I was pretty heated.

This bill felt like a betrayal of my humanity. How could someone write a bill like this? How could people vote for it? How could this happen without everybody finding out about it? My job involves reading and watching the news constantly, yet somehow, I couldn’t find anyone on the news talking about it. Not knowing about something that related both to my personal life and my job alarmed me. I felt like I was screaming only to myself—did people just not care or did they just not know? Soon after I starting to speak out, I realized that it was the latter.

I knew that I had to say something and it couldn’t just be on my Facebook wall anymore, because, while my wonderful circle of friends was sympathetic, there was a whole community of people who might care enough to help that probably just had no idea of what was going on. My friend Hayley offered to help me make a video where I could explain what was happening to me, and I took her up on the offer.

The idea of speaking up and making myself vulnerable made me sick. I was shaking when Hayley and I shared the video, because I knew it opened me up to strangers who could say terrible things about me. And while that did happen (a lot of negative feedback either focused on my looks or racial/ethnic stereotypes), the overwhelming majority of responses were supportive. If you speak out about something that is directly hurting you or the people you care about (in my case, both!), people will respond.

My friends stepped up in a big way, sharing the post and signing petitions and calling their Congresspeople and sending literally thousands of emails on my behalf, all because of one little thing: I asked them to. The video was shared hundreds of times and I ended up getting a write up in Business Insider for my efforts. People saw, and people cared. None of it would have happened if I didn’t respond to the pain I felt when I read that initial post. Action is scary, but a world in which I didn’t take action sounded scarier.

So here it is, my unsolicited advice for the scared, new, or reluctant activist:

1. How do you feel? If it makes you feel sick when you think about it, if it keeps you up at night, if you feel like the issues you talking about the issues you care about—take action.

2. Figure out the action that works best for you. For me, it was making a video, because I had the resources available to do so. In the grand scheme of the Big Scary Government, it’s easy to feel small and powerless, but even if it’s just a post on Facebook or signing a petition, your voice might echo a lot louder than you’d expect—I know mine did. Taking the initiative to educate myself and speak out showed the people around me how seriously I took H.R. 158—and in return, they trusted me enough to take the bill seriously as well. Your voice is powerful when you decide to use it effectively. You may regret silencing yourself if you don’t speak out in some way.

3. Do your research! A knee-jerk reaction does not do anyone any good. You’ll feel more confident if you know what you’re talking about. Don’t just quote the latest think piece—dive in and really know the details if you’re trying to persuade others and make a real change. I was horrified by what I read in the Facebook post that inspired me to take action, but as we’ve all heard a million times, you can’t trust everything you see on the internet. That being said, use the anger and the horror that you feel as fuel. Let them power your search for answers. Once you find those answers, be as angry as you want to be.

People asked me a bunch of follow up questions: People weren’t about to sign a petition or call Congress just because I asked them to, so I had to be ready to answer highly specific questions about the Visa Waiver Program or other policy questions related to the bill. Sometimes, someone would ask a question and I’d have to say, “I don’t know,” then frantically scramble for an answer. That’s OK! No one is expecting you to know every single thing, but part of caring is going the extra mile to learn as much as you can.

4. Go easy. Whether your activism involves speaking, writing, making posters, petitions, or memes, you don’t have to eliminate emotion, but swearing a bunch and name-calling could alienate people who might otherwise listen to you with an open mind. Start with the facts and then let your own experience frame those facts.

6. USE THE BLOCK BUTTON. People might be mean to you, especially if you are a young woman who dares to speak up about injustice, but do your best to ignore bullying. I can say from personal experience that this isn’t easy. Initially, my impulse was to respond to people who said ugly things to me. I did so a couple of times: It felt good for about 30 seconds, and then I just had an ugly comment on the internet. It doesn’t teach them anything about your perspective and it muddles the point you’re trying to make on a broader scale.

So, let me say right off the bat that YOU CAN BLOCK ANYONE. You do not have to engage. If someone calls you a slur or tries to demean you in any way, you reserve the right to keep them from contacting you. Do not hesitate to do that—you’re not backing down, you’re just not giving intolerance a platform. I’ll say it again—block ’em. Who needs that? You’re a busy woman.

Try to remind yourself that online bullying is small, petty, and often perpetrated by people who are very unhappy. You are fighting for what you believe in, and naturally people are going to disagree with you. Other people are allowed to think differently, but if they attack you for believing in something, kick them to the curb.

7. You won’t persuade everyone. If you are called upon to respond to criticism—which is different than an attack on your character or appearance—do so understanding that some people just won’t be convinced, but others will. I was pleasantly surprised by how many people initially disagreed with me but were willing to hear me out.

Ultimately, the bill passed, which is a huge bummer. I am still working to get the language changed, because I fear that it’s going to make it harder for my family, and families like ours, to see each other and to travel freely. I think often about the implications of this bill’s passage. It’s especially worrying in our current political climate: Fear-mongering is standard practice, and we learn not to trust entire regions of the world because talking heads on the news scream about terrorists without considering the consequences of using loaded words to describe people they know little about. Innocent people have already been affected by H.R. 158, and if the EU makes good on its promise to retaliate, even more people will have their ability to travel restricted by this bill.

It’s scary to live in a world where you know that you and your family are on the receiving end of discrimination. Often, I feel like there’s nothing I can do about it, but I have to push forward with trying to make my voice heard. While the bill’s passage broke my heart, I got a lot of satisfaction from campaigning against because of all of the people who took time out of their day to help me stand up for my beliefs and fight this form of discrimination. I hope that if the time comes for you, you can do the same. I promise, no matter how scary it is, you are strong enough to take a stand. ♦

Mitra Jouhari is a comedian and writer living in New York City. She works at Full Frontal With Samantha Bee and performs with the Three Busy Debras and the Holy Fuck Comedy Hour. Find her on Twitter and Instagram.