What Prettiness Does Not Equal

I thought looking good would mean freedom from anxiety and depression. 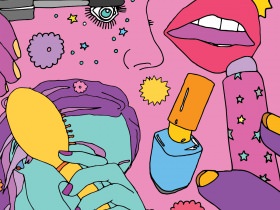 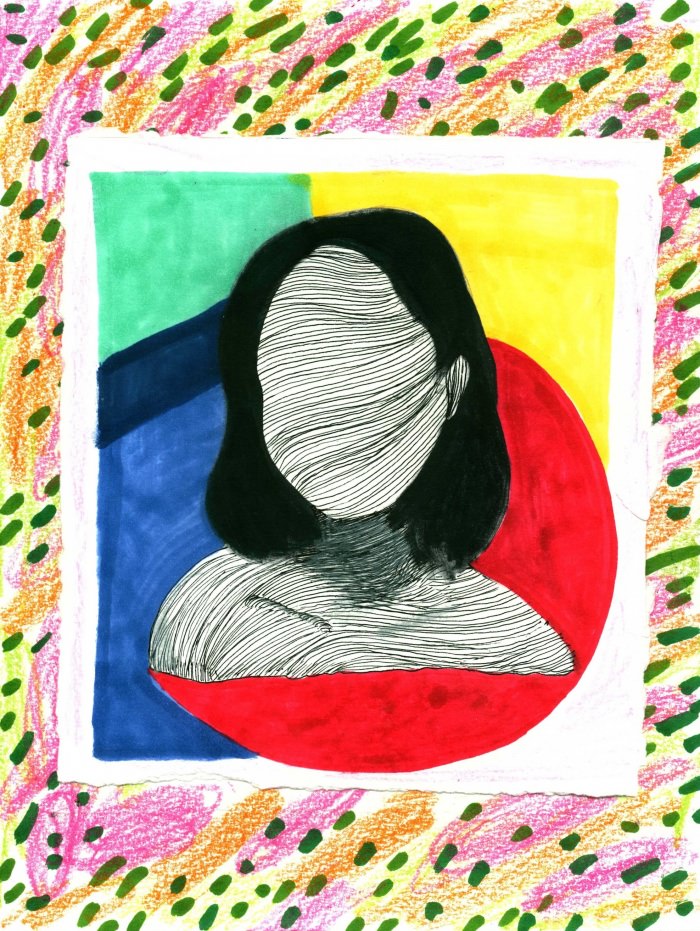 The first time someone commented on my looks, I was nine years old and walking down the wide, grand staircase of a house belonging to a girl in my class. I was intimidated by the girl in question: she was the youngest of three sisters with long, golden hair and the kind of natural confidence, beauty, and talent that won popularity and sports competitions alike. As a generally insecure child I wanted to be her desperately, especially since she was the fixation of the boy that I liked. As I reached the bottom of the stairs, one of her sisters turned around, looked me up and down and remarked, “You’re going to be pretty when you’re older.” I was surprised and a little confused. I had paid very little attention to my appearance up to that point, unless it was to try and fail to replicate hairstyles and fashion choices of my friends. I was aware that “pretty” was a good thing so I felt mollified, validated that this alluring older girl thought I had potential.

Even at 12, the last thing on my mind was my looks. I was suffering from an anxiety disorder: I didn’t bother to brush my hair, and I’d turn up to class—on the occasions I could attend—with dark rings under my eyes and acid in my stomach that caused me to throw up. As I entered adolescence, though, insecurities that had never even occurred to me became heavier and heavier until I felt as if I was hauling around a backpack as impenetrable and dense as rock. Around 14, I began to register in my classmates’ eyeline; it was as if I was a new student there to be commented upon and questioned. I was acutely aware of the fact they noticed that I didn’t go on school trips, didn’t take part in games lessons, and always had to be sitting in the chair nearest to the door. If I wasn’t being asked why I had special treatment, there were comments on my appearance—whether my hair colour was natural? What products I used in it? How tall was I? Did I wear makeup? I would just shrug, not knowing what to say. I became a millipede rushing about for a safe, dark spot to hide as they grabbed at me with their monstrous hands and magnifying glasses.

I had grown up with an older brother and no sisters, and my mother was exposed to the strain of ’70s feminism which adhered to the doctrine that a girl couldn’t be intellectual and vain. I had catching up to do when it came to taking care of my appearance. I began watching tutorials on YouTube on how to style my hair, how to apply makeup. The more I looked in the mirror the more the image became distorted, undesirable. I would realize a flaw in my face and examine it obsessively, horrified that I had been walking around that whole time entirely oblivious to it. My eyes were too small, I was spotty, my hair was too thin. A girl at school pointed out to me that my nose was too big. We were a group of unbearably insecure teens basing our worth on our looks and judging others on theirs. We felt like we were less than we should have been. I stopped complimenting other girls I knew for fear they would become more secure and happier than I was. Yet people complimented me. They would say I looked like a little china doll. I felt like a china doll: Fragile, frozen, and easily broken.

I was making myself up to meet standards I felt others expected of me, and that I had come to expect of myself—and it worked. An older boy wanted to take pictures of me. I found that if I wore tight miniskirts and curled my hair then family friends would coo and excitedly nudge my mother, congratulating her for producing such a specimen. Looking “pretty” meant that people would forget to ask how I was doing, and I wouldn’t have to reveal that I was too scared to leave the house by myself. That, by last year when I was 16, I was friendless, creeping through corridors between lessons like a ghost, and berating my concealer slathered reflection in the bathroom mirror. Nobody seemed to notice or expect what happened. Least of all me. When the occasional person did ask if anything was wrong, my throat would inextricably swell up. I’d choke out a “no, I’m fine,” before collecting my books from my locker, unexpected tears slipping down my cheeks that I would wipe away in shock. It didn’t make any sense. I was fine.

Perhaps I knew something was very wrong, but I chose to ignore it. I had exams to prepare for and a façade to keep up. A numbness crept into my stomach, and then I awoke one morning more exhausted than I had ever felt. It was as if my body had been slathered in super glue and pressed to my mattress. I forced myself into school later that day and heaved myself up the stairs using the handrail, feeling as if I was going to pass out any second. Oddly, the excess anxious adrenaline that had haunted the edges of my existence for so long had disappeared, but I couldn’t find the energy to care. In my English lesson, the teacher had to call my name several times before I realized my head was not facing the board, it was pressed to the folder on the desk in front of me. Moving my eyes about the room and opening my mouth took an immense amount of effort. I went to see my long-term psychologist that afternoon and I was immediately diagnosed as depressed.

After a week spent in my bed at home, my parents and I decided this was no short rest and I dropped out of school. Over the next few months I lost my appetite and refused to eat. I felt desperately weak and insubstantial. I slept for 14 hours a day, each hour subjected to dreams of massacres and hangings and scenes where everything I touched died. They didn’t bother me particularly. I couldn’t feel anything except the symmetrical aches in my ankles or my arms that my doctor assured me were psychosomatic. I couldn’t read, the words didn’t make sense in my head. I failed to understand why no one would just let me die already. Over time my feelings diminished until I could feel nothing at all. The illness convinced me I didn’t want to get better, that I had reached a point of truth and everyone else was delusional for wanting to live so badly, so I didn’t try. It disgusted me that my body was working, that even as I slept my heart kept beating and my brain kept thinking. I had desperate urges to shut it off, to pull the plug.