Disappearing into the darkness. 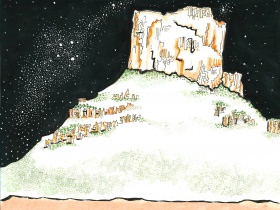 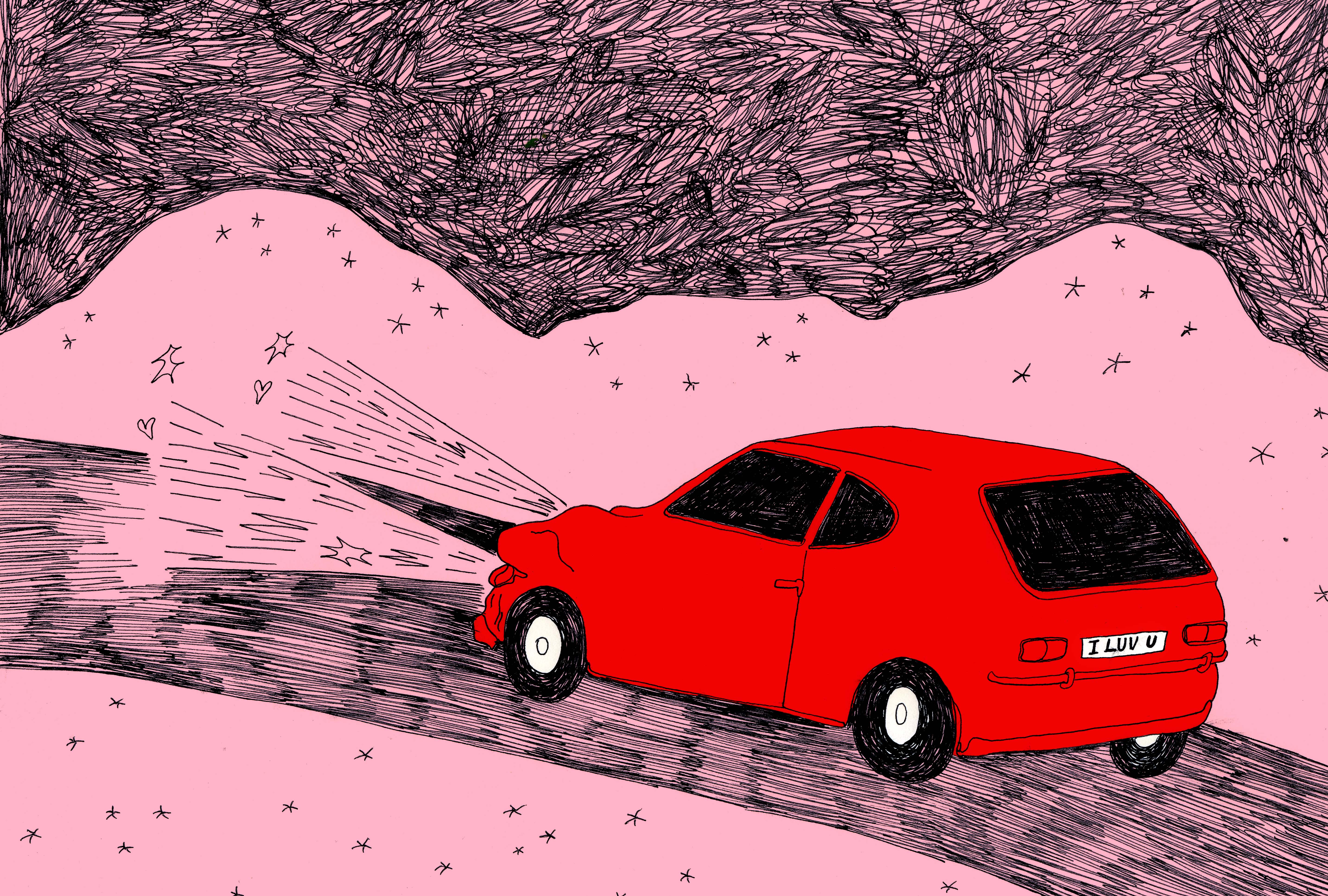 It is three in the morning and we’re on the highway, driving home in his dad’s BMW convertible. The front bumper is smashed. Led Zeppelin is playing loudly. I’m glad it is because we haven’t spoken, and I don’t know what to say, how to be comforting. I’ve never seen him upset, even though we’ve been friends for seven years, and in seven years I’ve never seen him anything but stubbornly unserious despite my frequent prodding and baiting. But now it’s a white-knuckle grip on the wheel, and it’s too cold to have the top down, too much wind, no longer summer. I can’t say anything, because even though the car is all we talked about on the ride into the city, now we’re pretending it doesn’t exist and I can’t bring it up. For a split second, I think I should say something about it just to break the silence, and before I can stop myself, I am saying, “I got down the guy’s plate number at least. I’ll send it to you.”

He doesn’t look at me. He doesn’t look at anything. His head is facing forward but I’m not sure he’s actually watching the road. I wonder if I should say something about this but I figure I shouldn’t push; he’s not responding. I don’t want to be saying it, but I do: “You have to tell your dad. I wouldn’t wake him up. It can wait until morning. But you’ll have to tell him before he sees it.” I see him clench his teeth and we both wish I would shut up.

“You think I don’t fucking know that?” he says quietly. I can hardly hear it above the wind rushing around me. I’m not sure if he meant for me to hear, but I do.

An hour ago, I was covering my eyes at cheesy ’80s gore, watching Alien in an otherwise empty theater, and he kept grabbing my hands, forcing me to watch it, both of us laughing, commenting loudly on the plot holes, throwing popcorn at the screen, at each other. Finally, he gave up, let me cover my eyes, and narrated the rest of the movie.

“OK, now Sigourney Weaver is inexplicably in her underwear. I bet the Alien is on this ship now. She’s really sweaty, and yep, there’s the Alien in the corner,” I laughed and realized that was how I wanted everything to be, letting him tell me what he saw, hiding from it all, his face close to mine, his words only for me.

But now I’m playing the mom, reminding him of his responsibilities, and I wish I could shut up. I want to tell him he should watch his speed, sometimes cops are out this late on the highway. I want to point out how cool the skyline looks in the rearview mirror. I want to ask him if we should stop for gas. I want to cover his eyes and narrate the road in front of him. I can’t do any of that, but I have to say something and so I tell him, because I can’t shut the fuck up for a second, because I wonder if he would try to laugh this off if he was with his other friends or some other girl, because I wonder if that means something, because I wonder if I’ve made it further than other people, because the Beatles are playing now, I say, “I love you.”

“I know. Love you too.” He doesn’t look at me, keeps his face forward, so we listen to George sing, “Something in the way she shows me, I don’t want to leave her now,” and I feel sorry.

“You know I’m leaving in a few days.”

We’re pulling into my driveway, and he turns the headlights off so they don’t shine into my sister’s bedroom. He does it to be nice, even though he doesn’t want to be, but now I just want to be mad at him. It would make things easier.

Caroline Berg is a college student in Oakland, California. She enjoys getting into political arguments and reading Flannery O’Connor.