The actor and playwright on what motivates her to write. 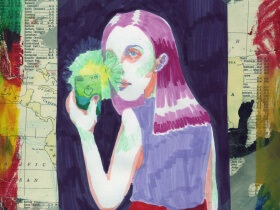 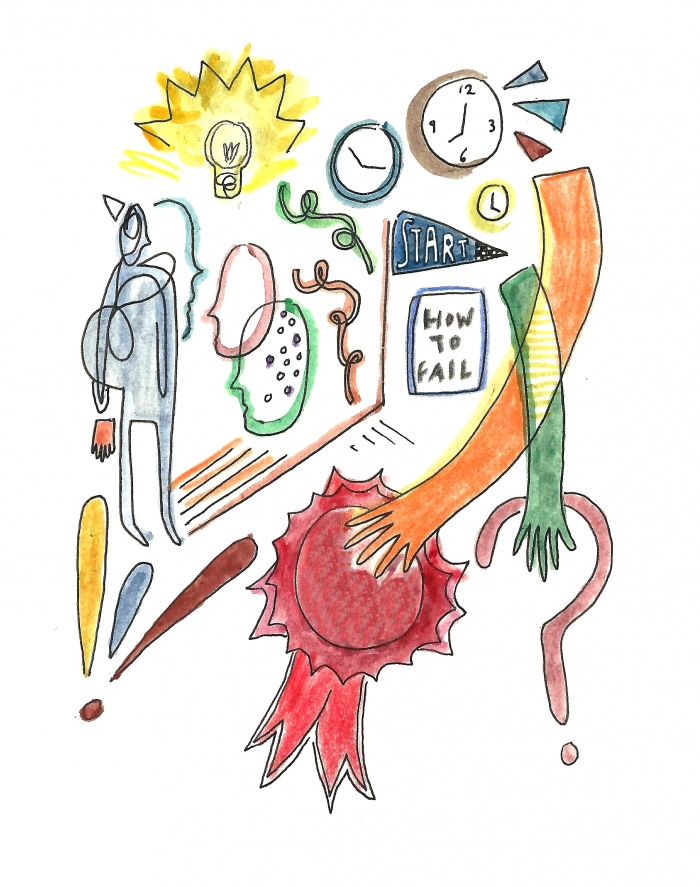 Danai Gurira is a Zimbabwean-American actress, playwright, and force of nature. Fans of AMC’s The Walking Dead will know her as Michonne, but writing-wise, she’s currently dominating New York theatre with her plays Eclipsed and Familiar.

The first-ever Broadway show written, directed, and performed by all women, Eclipsed made me regret ever previously describing anything with hyperbole. It was so funny, so devastating, and designed to be ruled by five actresses in a way that hardly anything is, ever. Every character is given an arena in which to shine, break down, and everything in-between; every actress in the production has mined every layer of Gurira’s text. Though it centers on a character named in the program as just “the Girl” (played by Lupita Nyong’o!), every performance was so full that it would be inaccurate to say that the show tells the story of just one of them. (Familiar is playing off-Broadway and I hear it’s totally different from Eclipsed and also amazing, which makes me excited about everything else Gurira will continue to create.)

The conceit of First Drafts is to learn from writers about facing your cringey work and seeing even the dinkiest of mistakes as stepping stones. But Gurira seems to lack that cringey gene of discouragement, or rather, have no time to entertain it. I was greatly inspired by the ease with which she spoke about constantly editing her plays, and what motivated her to write them in the first place. 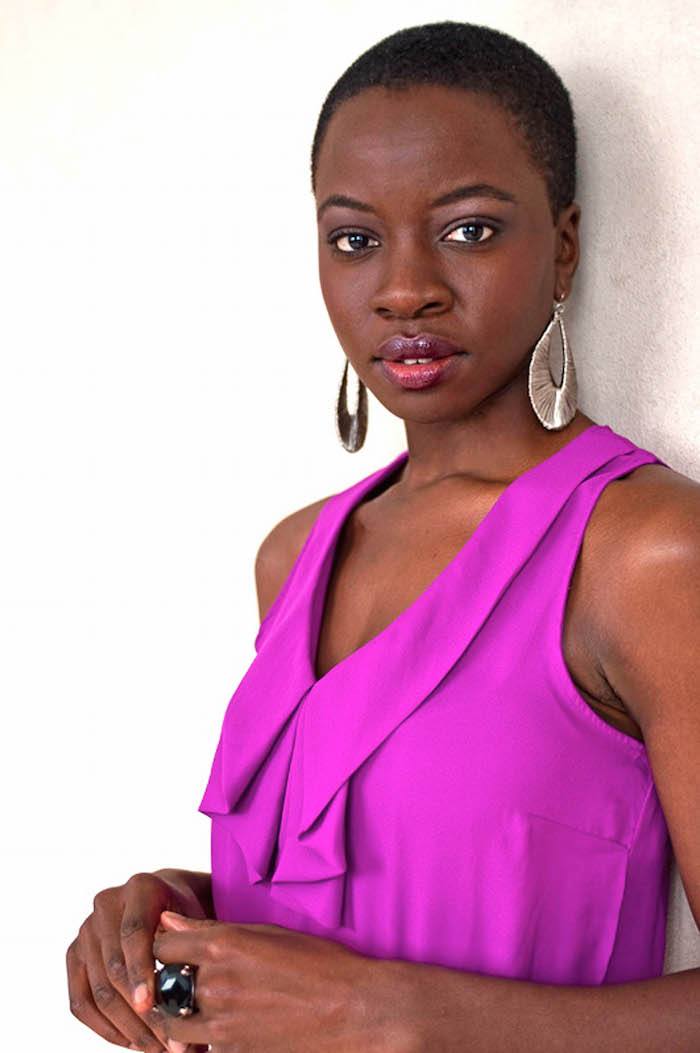 TAVI GEVINSON: What was the first thing you wrote outside of school?

What were they each about?

I was raised by my parents in Zimbabwe, but I was born in the U.S., so I had this American experience, which really affects how I write. I wanted African voices to be heard in the West in a more complex, humane, dimensional way. Both pieces were about an African woman dealing with a situation in a bad time period for HIV issues in Southern Africa. When I was in the West, all I saw was [HIV] statistics. I was like, “There are a lot of amazing people who are affected by this issue, and they deserve to be looked at as something other than statistics.” I wanted to take an audience through a woman’s experience of having a life, having aspirations, and being sidelined by that [HIV] diagnosis.

Is there anything from that experience that you have found has made its way into your newer work?

I still have a passion for telling stories from the African female perspective. The next play I created was Eclipsed, which is about women in war in Liberia. That first play was my big hypothesis and experiment: “Can I put a story that is truly authentic to an African female voice in front of a Western audience and engage them and have it ‘work’?” I believed I could, and the hypothesis was proven to be true. Now, it’s a constant hypothesis. Trying to give complex and subjective and very authentic portrayals of African women in a Western arena is a theme [in my work], and it started with that first piece.

What was your relationship to writing like before you set out to write your first monologue and play? Did you write a lot on your own when you were a teenager? Did you do other kinds of writing besides playwriting?

I loved creative writing. I was good at it in school—at creating prose and stories. I also loved to read. I was always engaged in storytelling in some way, shape, or form before I realized that my medium was going to be dramatic storytelling.

Do you see any parallels between stuff you did then to the plays you started writing? Or do you even look back at it, really?

In my early teens, I was part of an organization called Children’s Performing Arts Workshop in Zimbabwe. That engine of being a storyteller was always nurtured in me. We were very much encouraged to create narratives and play them out. You sort of realize, “We created this thing, and it works! We’re putting it out there and it feels good.” That experience is like a muscle. So is the experience of how utterly frightening it is to be that vulnerable, to put your voice out there and put your work out there, and to perform and perform and perform. Whenever I hit send on a draft now, it’s relieving and it’s frightening! Because you’re revealing what you’ve created to others, and you have to do that—it’s part of the process. You share and build it in a communal setting. It’s always going to be frightening.

Some writers have a lot of difficulty looking back at their old work and reading it. I’m curious about whether, as a playwright, you see stuff that you worked on a long time ago up on its feet and find yourself wanting to make changes.

Absolutely. I wrote Eclipsed in 2008, performed it in 2009, and made tweaks to the version that was off-Broadway. There are probably some tweaks we’ll make before it opens on Broadway. I just watched the final three performances or so, and there were things that I [saw and] was like, Yeah, I think I might tighten that. Not major things—the story has been birthed, but there are things I think I could tweak a little bit here and there, and I probably will. For the re-write, I fixed the format of the play and structured it differently—made it two scenes instead of one—and that was great because it was needed. I probably wouldn’t have known to do that or how to do that six years ago, but I could see it clearly and more objectively now. There is a distance that you can get over time, and you can see, “[This was the writer I was then,] and this is the writer I am today.” I like what I created back then, I genuinely do, but that doesn’t mean it can’t always be a little tighter and stronger.

When something doesn’t work, and you end up omitting it, do you save it somewhere? Do you have some kind of reservoir of, like, darlings that had to be killed or are you moving on constantly?

No, no. I do keep things. Often, I’ll look back at them and go, “Oh, that’s just never gonna be used, though.” I’ll look back at moments and say, “That really wasn’t that hot,” but at the time it was. I really don’t get rid of anything—maybe because my mother is an archivist, both in the literal form and how she thinks. She has an archivist’s mind, cataloguing everything. I’m doing a rewrite right now of […] my newest play [Familiar]. There are things I wrote into the play that we took out in the first production, and now I realize that the scene has been weakened, so I want to go back to the old draft and put that thing back in. So I never delete anything forever because you just never know where it’ll reveal its necessity again.

How do you move past your old work and forgive yourself for errors and learn from them?

Quite easily, actually. The only thing to do, the best thing to do, is to know you pushed yourself to the end of where you could push yourself at that time. [That way,] you know that you didn’t just put it down and tell, in my case, your director, “Just work with what I wrote.” I’m always open to making something better. Knowing that an idea could come, a realization could come that could fix the problem of a play, and fast: I’m always ready for that to happen. There’s really no time to really condemn myself for the past, as long as I know I did my absolute best with the time I had. ♦