Dana Falconberry & Medicine Bow: From the Forest Came the Fire

“There’s beauty and importance in subtlety.” 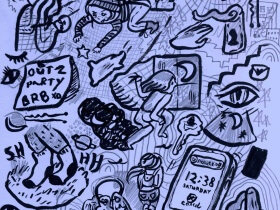 How to Sneak Out 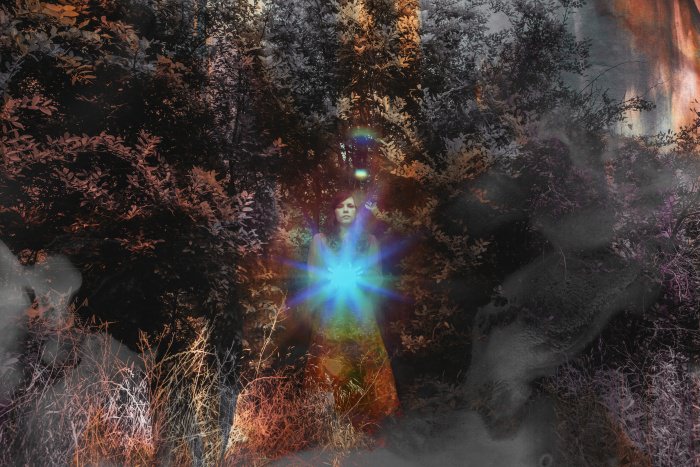 This week, songwriter and performer Dana Falconberry and her band Medicine Bow celebrate the release of their record, From the Forest Came the Fire, and we are psyched to have scored an exclusive preview before it drops on April 1:

Even more exciting was the chance to catch up with Dana (she’s paid a visit to Rookland once before). We talked her appreciation of nature, overcoming the all-too-familiar fear of failure, and embracing the unknown.

ANNE T. DONAHUE: Dana! Congratulations on your new album. What part of it makes you most proud?

DANA FALCONBERRY: Thanks! The music on the record is what makes me the most proud, actually. This record has been so long in the making because of many logistical and business hurdles. Even now when I hear it, I’m 100 percent happy with the music we created. There’s no bowing to trends or fear of failure in it. Every member of the band poured their whole, pure hearts into these songs. I think that comes through.

How did you conquer your fear of failure?

I definitely wouldn’t say that I’ve conquered it! I just care about the quality of music over everything else. In the end, that always trumps whatever fear is holding me back. Plus, it helps to have a really supportive band backing me up.

You write a lot about nature. Has it ever been difficult to tap into what you see around you and spin it into songs?

I have struggled with songs for years before finding their path, and as a band we have wrestled with some of these songs to figure out how to best perform them. Some of them come easy, but some of them take lots of wrangling. I think of the songs as beings in their own rights. They have their own personalities that, as a songwriter and musician, I have to learn to understand. “Leona,” for example, took us a long time to figure out, and even still throws us for a loop at shows sometimes!

Why did “Leona” in particular throw you for a loop?

She has a wild mind of her own. She took forever to write, and then another forever to arrange with the band. We moved verses around, took stuff out, and all that until she seemed to make a little sense. These days, she’s still the one we have most trouble with, especially if we haven’t played her in a while. Things can derail easily, there are so many different parts to the song. Also, the song is partly about how much I detest my uterus and want it out of my body, so by nature she’s kind of a trainwreck.

How do you stay connected to nature, especially when you’re touring?

Well, one way is to tour in National Parks, which we will be doing this summer! Otherwise, on more conventional tours, we always find beautiful places to explore during any down time. We are pretty committed to finding beauty and magic as a band, so it usually works out.

How has your perception of natural beauty and nature-based beauty evolved since you began recording?

I used to see natural beauty more for its face value, and now I’m more interested in the mystery [of] the unseen. I like to imagine stories about the trees and rivers and mountains, using those natural elements more as characters instead of settings.

What have you learned about yourself while making music?

Wow, so much. Having a band is like being married to five people at once, and I’ve certainly learned a lot about myself that way! And through songwriting, I have learned a lot as well. It would be hard to dive deep into the darkness of your soul to extract some lyrics and not learn a thing or two about yourself in the process! But maybe the most relevant thing I’ve learned recently is through the business of trying to release this album. I’ve had to really evaluate my purpose for doing this sort of thing, and it always comes back to servicing and honoring the song. It’s a humbling process!

What are you hoping to teach others through this record?

Hmmm, maybe that there’s beauty and importance in subtlety. We are in danger of losing that notion as a society, and if I can offer anything through this album, I hope it’s that.

How did you learn there’s beauty through subtlety?

By spending time in nature! It’s so quiet sometimes, and there are hidden treasures everywhere if you look close enough! But you have to spend thoughtful time with it to see them, and that’s taught me a lot. My family took me backpacking a lot as a kid, so I was exposed to that world early on. I go back to it all the time to find peace.

What have your listeners taught you?

They have taught me not to be afraid of being honest and true to the songs. They often positively respond to things I would assume would be unpopular. But the people who listen to my albums are generally up for challenges and are fans of the subtlety I mentioned before, and that is consistently inspiring to me. ♦