As Brave as I Want To Be

Don’t worry if you can’t find the words right away—courage comes in many forms. 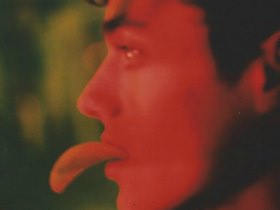 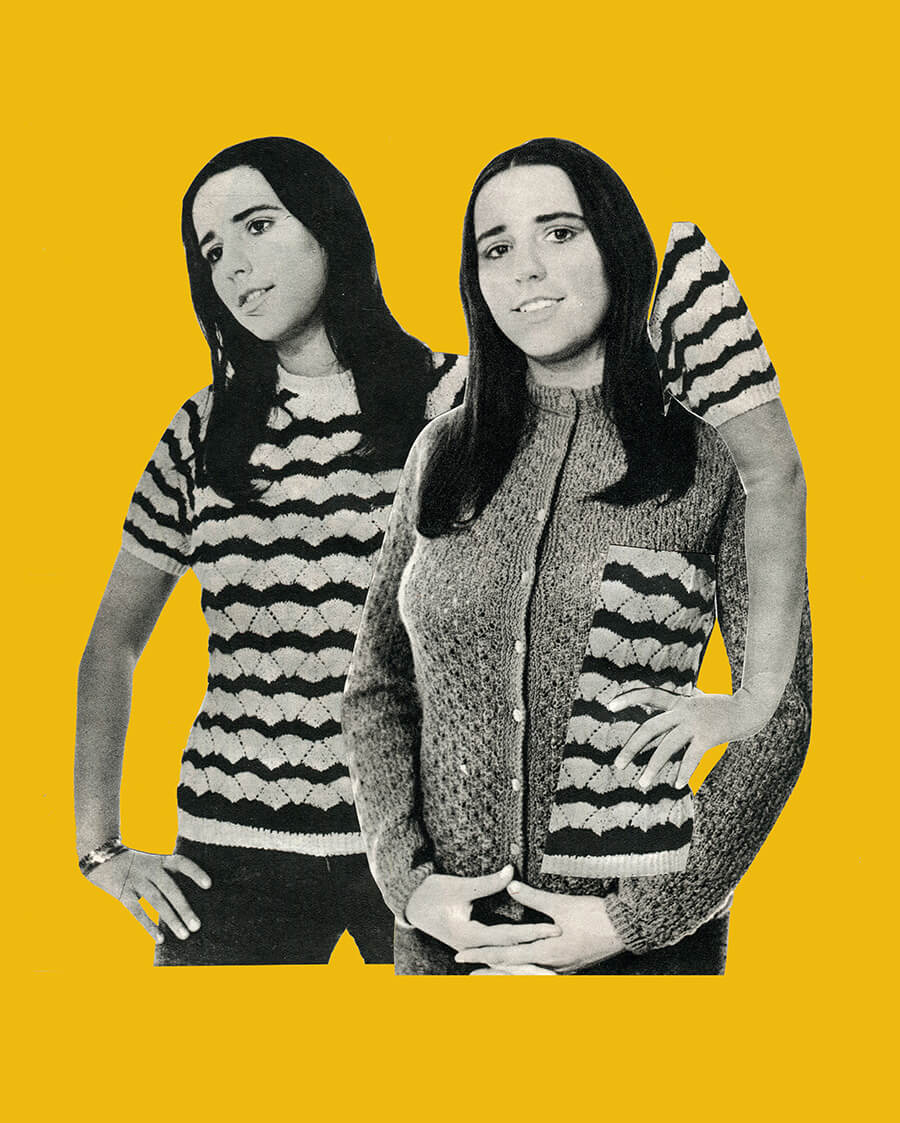 How will I ever change someone’s life if I’m afraid? I know. Saying I want to CHANGE PEOPLE’S LIVES is a bold statement, but it’s true. I dream of inspiring people to make life-changing choices. I want other humans to think to themselves, If it weren’t for Upasna, I would have never done that. But I often wonder how can I do this when I’m afraid to speak up about issues I care about in the first place? How am I supposed to change one person’s life—just one, single life—if I can barely stand up for my own opinions?

I love being in college, I really do, but there can be so many things wrong with the environment, like the conversations I overhear between the boys in lounges, during pre-gaming, and over dinner in the cafeteria. Recently, three boys I know were talking about the sex life of a girl I knew. This annoyed me, especially because the sentences, “I think she likes black dudes only,” “Do you think she’s kind of…a slut?” and “Pretty sure she was down!” were driving the conversation. I wanted badly to say something, even just, “Hey guys, that’s not cool, let’s talk about something else!” I didn’t. Instead, the first question that popped into my head was, Is it my place to say that? even though this girl and I are well-acquainted, and I was, technically, hanging out with these guys, too. I feel strongly about statements like these—I know first-hand why they are wrong, and why they shouldn’t even be part of a conversation. This is only one instance of many, where I’ve found myself frustrated with young men and unable to speak up for something I believe in, or stop something that I know is wrong.

I’m not sure where my fear comes from. It’s not like I’d ever be afraid of saying that an entire movement is wrong (I completely disagree with #AllLivesMatter). I find I’m particularly afraid of confronting a single person. If someone makes a racist comment in a group of friends, I struggle to find the words to point it out—even if I know there’s a way to be diplomatic about it and keep the peace. If someone asks me a question that makes me uncomfortable (“Do your parents own a 7-Eleven?”), especially if it’s a joke, I can only offer a disapproving look, not the grounds for my disapproval. I’m afraid of the tension that comes with that kind of confrontation, of the possibility that the other person won’t understand. Although I know there is a chance that they may have some kind of epiphany—or that someone else may be inspired by my confidence—this anxiety holds me back.

My first year as a young woman in college has been FILLED with situations in which boys have said or done things that have made me feel uncomfortable. Coercive texts late at night, ass-grabbing in the dark basement of a party, and catcalling alongside drunk buddies are just a few. I wish I didn’t have to deal with this, and I wish I could stand up for myself, even if I don’t get the reaction I want. Safety is first, of course, but if only I could just say something. If only the words, “Stop trying to force me, please respect me!” “Get your fucking hands off my ass!” “Shut the hell up!” could spill from my lips as easily as I want them to. Ignoring bad behavior isn’t stopping anyone, I know. They give up, I breathe a sigh of relief, but they move onto the next woman who has to deal with their shit.

There was this one time, though, when I did say something. It didn’t happen immediately; in fact, it took me an entire three weeks to even speak up. I was walking with my friend back to her car after dinner. A bunch of boys were parked at the curb a few feet away. I knew most of them because they play sport at my college, and one or two of them had sent me uninvited text messages before—if you know what I mean. One boy was still getting into the car, which was already stuffed with four or five people. I waved at him because I knew him (most of the freshman girls do), and instead of waving back he said, “Hey, Upasna, I’ll smoke you out if you get into this car and suck all of us off!” I heard laughter erupt from inside of the car. I could feel my face burning. Why would he say that to me? What makes him think he can talk to me like that? Does he always get away with shit like this? My friend sensed my upset and grabbed my hand, “There are a lot of them, and two of us.”

I was furious for weeks. I felt disrespected and even somewhat embarrassed. I hadn’t said anything (although if I had, I would’ve rambled angrily anyway)—did my silence mean the other boys in the car thought what their friend said was OK? It wasn’t OK! I wasn’t OK with it! And I wished I had found a way to make that known. This was different than the other times I felt a boy had disrespected me; this boy was confident enough to say this to me in front of his friends, and then they’d practically cheered him on with their laughter. His disrespect toward me was apparently hilarious, not wrong. I regretted not saying anything and I was angry myself—I didn’t want them thinking they could talk to me, or to anyone, like that.

I was playing pool with another friend a couple of weeks later when the boy walked in. As soon as I saw him, I realized that my anger hadn’t subsided at all—especially since his friends from the car that day were walking in behind him. I hadn’t stopped thinking about what he’d said to me and about the laughter that followed. So when my friend and I were about to leave the room, I turned to him and said, “By the way, don’t think that I’ve forgotten about your comment that day. I don’t know what makes you think that’s OK, but I don’t want you ever speaking to me like that ever again in the future. Or anyone else. It’s not attractive, it’s not respectful, and it’s just not fucking right. Don’t do it again.” He didn’t say anything. He just stood there with an awkward smile on his face, and his friends behind him creating a ruckus, either because they were taken aback or just amused that their friend had nothing to say to me.

At my diversity club meeting a couple of weeks later, I decided to bring this incident up. Since it’s a safe space, we can talk about issues that affect us personally, and it felt like the right place to vent. I told the group a PG-13 version of what happened to me, since the boy’s words were gross, and I felt uncomfortable repeating them to a group of students, even if we all are in college. One of my school’s administrators happened to be at that meeting, and she emailed me later asking me if I wanted to talk to her about it in a way that was unfiltered. I took her up on the offer, and I found myself meeting with an influential person at my school to talk about something that mattered to me. After I described what happened between me and the boy (her jaw dropped when I told her exactly what he’d said) I expected her to say that she would take further action, and that would be that.

Instead, she told me, “Yeah, I’m going to discuss it with their coach because I think it’s important he’s aware of that kind of behavior. But I’m also thinking about what you’ve done: I’m sure that kid hasn’t ever heard that he was wrong or disrespectful. Maybe you’re the first girl ever to have the guts to stand up to him. I think that’s brave. Technically, you’ve made a change in this community: You’ve told other girls about what you said to him and maybe they’re aware they can build up the courage to do the same thing, too. That’s social change.”

It hadn’t occurred to me that telling the boy off had effected any kind of change, I thought my words would register in his mind only. But after what my administrator said, I began to think about how my response to his behavior affected his friends, and the other girls I’d told the story to. I hadn’t really given myself enough credit for having the guts to stand up to a six-foot-four, hypermasculine athlete. I hadn’t given myself enough credit for making a change, no matter how small.

I look up to young people with the ability and courage to speak up about their beliefs—against what they believe is wrong and for what they believe is right. I’ve often wondered how to follow in their footsteps, to build up that same bravery and passion. But courage isn’t about doing the same exact thing as the people I admire, it is about having passion in the first place. If I know that catcalling is wrong, that uninvited ass grabbing is wrong, that coercive text messages are wrong—and if I am willing to stand my ground with that belief, even if it takes me three weeks to find the right words—I am brave. Standing up for yourself takes many forms. To become the person you’ve always wanted to be, recognize that you’re already that person. ♦