A new weekly roundup of our favorite podcasts, videos, movies, web series, apps, and the like.

I fell in serious love with Rory Gilmore of the show Gilmore Girls when I was 16. In some ways, my love for her felt as formative and true as if she’d been an actual, IRL girlfriend. So when I discovered the podcast Gilmore Guys, it was like finding two random dudes who were willing to obsess with me over my first love (and her cool mom) for three hours every Monday and Wednesday!!!!!!!!!

Gilmore Guys analyzes every episode of Gilmore Girls, which aired from 2000 to 2007. Creator Kevin Porter is a longtime Gilmore fan. His cohost Demi Adejuyigbe is watching the show for the first time. Their discussions strike a perfect balance between entertainment and critical analysis; this is not a bros-trash-on-Gilmore Girls situation. You get the feeling that these guys would happily live in Stars Hollow if they could. My favorite part of the podcast is their ongoing, highly personal debate about which of Rory’s boyfriends, Dean or Logan, is the most contemptible. These conversations feel incredibly therapeutic to me, as someone who truly loved Rory and resented her attachment to those losers. 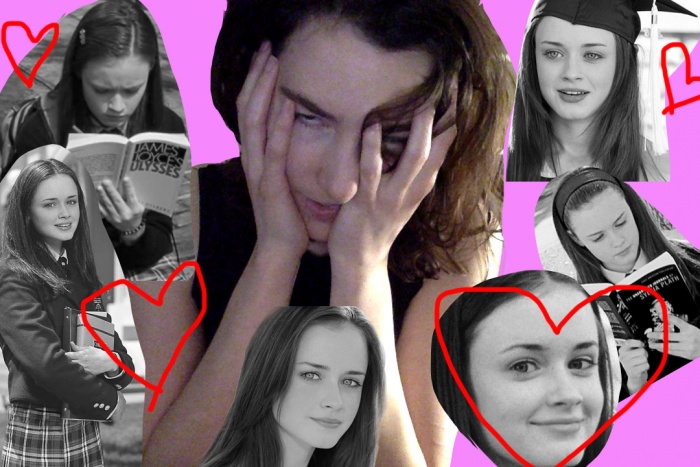 Kevin and Demi don’t shy away from calling out the wide-ranging BS in the World of Gilmore: the whiffs of entitlement and homophobia, lack of diversity, frequent plot holes, Lorelei’s self-centeredness, Rory’s annoying baby voice. EVERYTHING is dissected in a way that feels meaningful and complete. Fair warning, though: Kevin and Demi are the first to admit that their first few episodes were kind of a disaster. When they started Gilmore Guys, they were podcasting baby noobs who had no idea what they were doing. Kevin recommends starting with these eps.

There’s also an active Guys Twitter community where fans discuss stuff like whether Rory is a feminist and the psychology of Lorelai’s dog. Bottom line: Gilmore Guys is THE podcast for anyone who has ever loved a Gilmore girl. —Maggie Thrash

**HEADS UP: Swear words abound in this video! Not that you’ve never heard them. Or said them. We just don’t want to get you in trouble at school or your house or anywhere else you happen to watch this.**

“Where has this been all my life???” was how I felt when I finished Gay Mean Girls. It’s a short film I wish existed earlier, but it’s here now and I’m ecstatic nonetheless. As its creators describe it, Gay Mean Girls is about what happens when “Lucy Kim, president of the prom committee seeks to establish Gay Prom Royalty in an attempt to charm her best friend.” It’s satirical, seriously funny, and so in tune. I discovered it after hearing director Heyishi Zhang pitch the concept as a web series for Toronto’s Regent Park Film Festival pitch contest, which she won! I was so thrilled (and in awe!) when she spoke about challenging the lack of queer/POC narratives in mainstream media.

Gay Mean Girls’ cast of queer, diverse characters grapple with issues that are intensely personal. It’s as if their drama could be playing out down the hall. I found myself identifying with Lucy’s struggle of wanting to be an effective ally, along with her “floating” sexuality—a gray area I’ve never personally seen being explored onscreen. The film draws inspiration from beloved teen movies like The Virgin Suicides and Mean Girls (you probably guessed that already), but unlike those films, it manages to capture all the nuances of how technological landmarks like Tumblr and beauty tutorials are embedded within the DNA of today’s teen-girl culture. Zhang and her crew recently completed an Indiegogo campaign for a web series. I hope it’s only a matter of time before we can see more! —Alice Liu

This beautifully morbid podcast episode will give you shivers. The amazing people at Radiolab present the mysterious story of “L’Inconnue” (French for “the Unknown”). Surely you’ve seen her—maybe even put your mouth on her? In the late 1800s, a young woman’s body was found in Paris’s Seine River. Her corpse was taken to the town morgue, where they made a plaster “death mask” of her serene-looking visage. Radiolab beautifully illustrates the influence she’s had on European literature and art, CPR dummies everywhere, and global fads (German girls terribly wanted to imitate this young lady’s facial expression). I love how the episode fluidly takes the listener back to a period when it was the norm to find a death mask of your favorite king, queen, or stranger in your aunt’s living room. —Isabella Acosta

Video: “Grow Up With Me” by Keaton Henson

Keaton Henson is an illustrator, poet, and musician from London whose stage fright and social anxiety often stop him from performing live. He writes songs of hope and sadness that sound like how the wind howls at night. His thoughts are woven through poetry that become the melody for his music. They are heartfelt, and even though they are extremely personal, they’re also somehow relatable. I love Keaton because he manages to combine his strongest talents into one. His videos, like this one, contain drawings and scribbles that dance along to the music he creates. These songs are quiet, but they shout with passion about childhood, mistakes and screw-ups, love and falling out of love, and, most of all, learning to treasure yourself. —Kati Yewell ♦

What’s got YOUR eyeballs/ears/brain glued to a screen? Send a paragraph or two about why you love it so to [email protected], along with a link to whatever that thing is. Please include your name, age, and location. THANK U <3