Rihanna’s “Work,” the Shaggs, and the relatable Frances Ha. 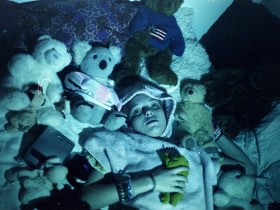 Out of the Public Eye

This week brought us Rihanna’s “Work,” featuring Drake, off her latest album, ANTI. [Note! We’re only linking here, rather than embedding, because the only available version is “explicit,” which we know you can totally handle—we’re just not as sure about any adults who may be in the room with you.] Besides blessing the Internet with lewks to die for (That fluffy pink coat! Those gladiator sandals! Rih’s choker! Her everything!) and sultry vocals, the video hammered home the track’s message, which is one I can totally get behind.

Beneath Rihanna’s catchy wordplay, there’s a whole lot of compliqué exploration—some pretty heavy truths about support, love, and relationships. Even though RiRi is singing about “work,” she’s not talking about trucking to an office and filing paperwork―she means the work needed to make a relationship survive, and the everyday trials and tribulations that even the best relationships have to power through. In her lyrics, Rihanna puts herself first: If her partner can’t put in the work to hold up their end of the deal―whether that’s helping out with bills, putting in the time and the patience to solve arguments, or otherwise treating Rih like the queen that she is―she’s out, because she knows that no relationship is worth sacrificing her own health. 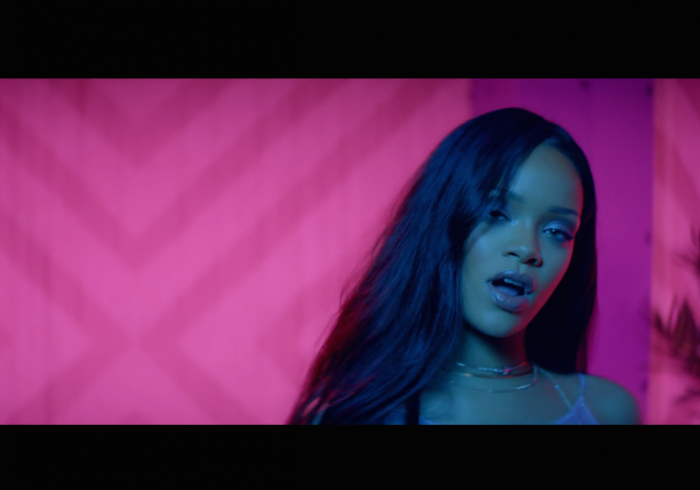 One of the most heartbreaking lines, “I believed in all of your dreams, adoration / You took my heart and my keys and my patience” tells of a one-sided “partnership” that’s ultimately unhealthy and abusive. Being stripped of everything after giving someone else all you had is a deeply, deeply saddening situation that too many people have unfortunately had to live through. The tension described in the lyrics reinforces the sense of both heartbreak and resilience the song captures so well.

Relationships are a two-way street, and if you’re slacking, Rih’s gonna pack up and leave. She knows what’s best for her, even if it means making painful decisions. Rough patches, speed bumps―those are normal, and healthy relationships will have moments of conflict and strife. But all the love in the world cannot preserve a bond that leaves one person or the other feeling used. At its core, “Work” tries to tell its listeners that they deserve someone who lifts them up, rather than pulls them down, and I hear that loud and clear. —Victoria Chiu

Best of: The Shaggs

This is a 2013 interview with the members of the Shaggs, an American garage band that was incredible, awful, glorious, and unanimously strange, strange, strange. The Shaggs were three sisters—Betty, Helen, and Dorothy Wiggin—from Fremont, New Hampshire. They made music from 1968 to 1973, practicing away their days with minimal instruction under the misguided discipline of a very strict father. Now, two previously-unreleased tracks, “Sweet Maria” and “The Missouri Waltz,” are scheduled for release through Light in the Attic Records.

The Shaggs spent their teen years virtually detached from exterior influence thanks to parent-ordered homeschooling and the stiflingly rural setting of their hometown. Listening to them feels like receiving an artifact from the last population untouched by any previous era of culture. The guitars sound paleolithic, the lyrics are like kindergarten poetry, and the drums stumble in like a nervous freshman entering the wrong classroom, utterly confused. Their (lack of) context for the sounds they were making brewed this spooky, stirring music that is entirely nonsensical, and totally captivating. Listening feels like uncovering chunks of unrefined, fossilized girlishness.

There’s a troubling mention in Susan Orlean’s 1999 New Yorker profile of the Shaggs that there were instances of sexual abuse entangled in their terse and unusual relationship with their father-as-manager. It’s a part of their history that has been glossed over, and that has deeply disturbed me and changed my ear when listening to one of my favorite melodic challenges. It was never easy to comfortably sit through the Shaggs’ entire record, and now even less so. Anticipating their two “new” songs, I find myself enchanted again by the mystery in their music, tracks that aren’t so much dark but more like an eerie sunshine, this time peering in a little closer to see where some of the shadows in their sounds might have come from. —Dylan Tupper Rupert

Frances Ha is the quintessential “relatable” movie. Except not the kind where the main character’s biggest issue is where to sit at lunch. Frances, played by Greta Gerwig, has bigger issues. She is an apprentice at a dance studio, living in New York City, and making very little money. She’s still trying to figure her life out and questions whether she can make a living by following her dreams to become a dancer. Her circumstances are perpetually changing, whether that means staying with a friend for a few months because she can’t pay her rent or watching her best friend move to Tokyo. If you’re someone like me, who is constantly concerned about what their future will look like, then this is the perfect movie for you. Frances is just trying to keep her head afloat as she also tries to understand who she really wants to be. Watching her take that (often painful) journey helped me realize that the uncertainty of the future isn’t always dreadful. Even when you’re unsure of yourself and life, ends will meet sooner or later. So many people (like me) go through times when they’re unsure of who they are. The process of searching and exploration that Frances goes through, and the things she feels in this process, are in many ways similar to what I’m going through in middle school. Even if you’re reading this thinking, “This doesn’t sound like me at all!” Frances Ha is still a highly enjoyable movie. There are loads of things about it that will, at least, make you laugh. —Patrick Ferris ♦