A birthday tribute to Pretty in Pink, plus film recs for your next movie marathon. 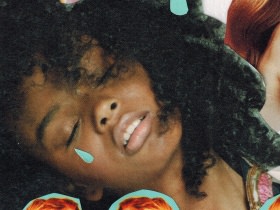 This month marks the 30th anniversary of one of my favorite movies, Pretty in Pink, and I suggest you go out and see it to celebrate! The movie follows high school student Andie Walsh as she navigates the trials of being a working-class girl with a crush on a preppy “richie” named Blane. While Andie pines over Blane, her best friend Duckie sticks by her side, ultimately admitting his love for her with the poetic declaration: “I’m not particularly concerned with whether or not you like me, because I live to like you.”

These emotionally charged moments, along with Andie’s homemade wardrobe; enviable sisterhood with her cool older boss, Iona; and a soundtrack full of New Wave classics (including “Pretty in Pink” by the Psychedelic Furs), have cemented the movie as a teen classic.

Watching Pretty in Pink for the first time at 15 gave me a lifeline. I went to boarding school in Delaware, and often felt isolated and claustrophobic, especially because I was a shy tomboy. Andie, in her clunky grandma glasses and loose-fitting dresses, showed me that a girl doesn’t have to be particularly “feminine” or prim to be beautiful. I admired how she acted as confidently as she dressed, shoving Blane up against his locker when he didn’t return her calls and telling him he was a “FILTHY NO-GOOD LIAR” in front of his jerk-friend Steff. She didn’t let anyone step on her toes, and maintained her independence by earning money working at a record store (the coolest job).

When I watched the movie recently for the first time in a few years, I realized that in some ways it hasn’t aged particularly well. Why does Andie have to end up with Blane, and have a wealthy prince to “save” her from her lower-middle-class status? Why is Duckie actually kind of creepy and predatory in his obsession with Andie? But Andie still shines as an emblem of female independence and badassery. —Katie Bennett

I spent my Valentine’s Day weekend in the best way possible, holed up in theaters watching movies and meeting young filmmakers and film lovers alike at Toronto’s TIFF Next Wave Film Festival. The festival’s programming is selected by a committee of teens, for teens. This year the lineup included Ghost World, Bottle Rocket, The Basketball Diaries, and a whole slew of spectacular independent movies, like the new John Carney movie about ’80s music, Sing Street!

For the Toronto Rookies who missed the festival, there’s always next year! In the meantime, here are my thoughts on three of the most memorable films from the fest:

After hearing the buzz around Mustang (it’s one of only two female-directed films nominated for an Oscar this year), I finally got to witness it in all its glory. If this movie was a color, it’d be a hazy, luminescent gold. Mustang is devastating and evocative at the same time, and has one of the most enigmatic portrayals of sisterhood on screen—I think EVER.

The movie details the changing dynamics between five Turkish sisters and their well-meaning but overbearing family as they come into their own. It’s a riveting story about sexuality, loyalty, and the unbreakable bonds that tie siblings together. Every sister is defiant in her own way, some quieter in their rebellion that others. Together, their indomitable spirit made my heart sing. I have so much respect and admiration for not only this monumental film, but also director Deniz Gamze Ergüven’s dedication to her craft. The entire thing is a triumphant ode to the power of women in cinema, from start to finish!

How often do you come across a film about a young lady who single-handedly has to save her late father’s auto shop, all while navigating love and friendship at the ripe age of 20??? It sounds impossible to do, but Ayanda, the titular character, is a shining example of what it means to reinvent the model. She dismisses her h8rs, even if they happen to be family members or friends, in favor of her own goals. Like, if she were a real person, she’d one of those people who would make you believe in Shine Theory. The film is one of the coolest and most charming takes on the coming-of-age genre in a long time. It’s soooo worth the watch. Ayanda is currently being distributed by Ava Duvernay’s production company, ARRAY, and is streaming on Netflix as of now. Run, don’t walk!

Songs My Brother Taught Me

There is nothing I could say about Songs My Brother Taught Me that would do it enough justice, because the film isn’t something that can be put into words. The raw, emotional honesty between the characters is so palpable that for the first 30 minutes, I thought it was a documentary! I later discovered that the dialogue was written as they were filming at the Native American community Pine Ridge, and that real-life experiences were woven into the story. The scenic shots of the South Dakota landscapes made me *heart eye emoji* IRL, but it’s the quiet nature of the characters that made me feel for them. I could say that Songs My Brother Taught Me is intimate, but that doesn’t even cut it. This film is like, the REALEST. As in, I was so emotionally invested, and in a way that I didn’t think was even possible. —Alice Liu ♦