Scientific Inquiry: What Makes Us Who We Are?

An earnest attempt to unravel an eternal debate. 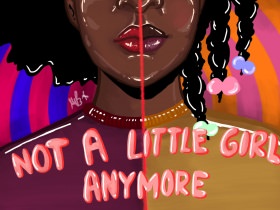 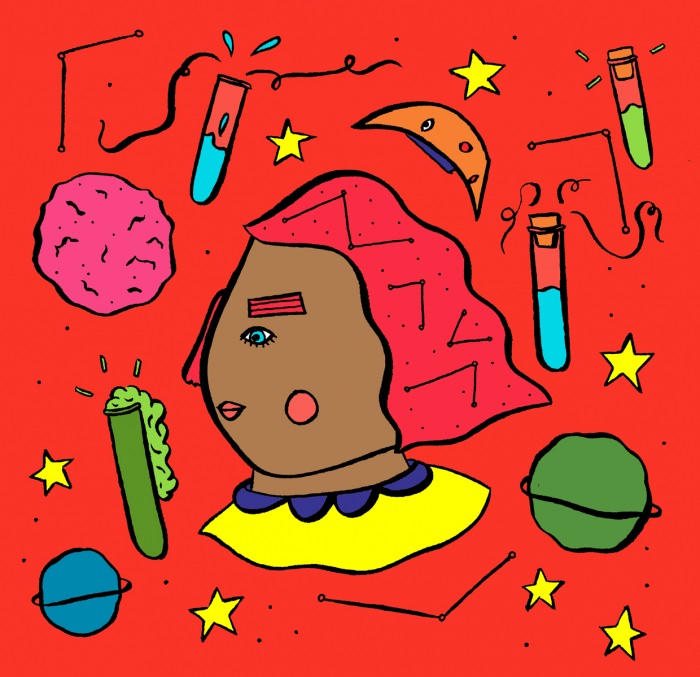 This is such a hard question, but a really great one. I love it because it is personal and specific (“What makes me ME?”) but also general and universal (“What makes each of us different from each other?”). I also love it because you’re the latest, greatest mind to wonder what makes a human: This question has been asked so many times without being answered. People have been puzzling it for eons—long before anyone had the capacity to watch brain waves dance across a screen, or the ability to unscroll the DNA helixes coiled in our every cell. It’s one of the eternal debates, at the root of so many religions and philosophies: How can a body be so much more than flesh and bone?

In order to understand what makes our personalities different, it’s helpful to understand how we define personality, how it relates to identity, and how these categories came to be. For thousands of years, Greek, Roman, Islamic, and Hindu doctors, scientists, and philosophers believed that health was controlled by fluids or energies contained in our bodies, and that these fluids/energies had corresponding personality traits.

The idea was that these things needed to be in balance to be healthy. Any disparity in the amount of fluids or energies would create too much or too little of a feeling in the body or in the mind. And balance was not only internal, but also relative to the seasons, and to elements like water, air, fire, and earth. There are still many people who subscribe to these theories—like in Ayurvedic practice—even though they have been largely supplanted by the rise of modern medicine, spurred by technologies like the microscope, which allowed scientists to examine the universe of micro-organisms that were previously invisible to the human eye.

The theory of development called tabula rasa (Latin for “clean slate”) originated with ancient Greek and Roman philosophers. With help from the influential 17th century philosopher John Locke, that line of thinking—that we are born with an innate purity and are subsequently defined by our experience and perceptions—continued to dominate conceptions of identity until the 20th century, and had a heavy influence on the foundation of American democracy—particularly the Declaration of Independence, which pronounces that “all men are created equal.”

But when Charles Darwin published his study On the Origin of Species in 1859, he forced a scientific reconsideration of how a person comes to be. Darwin theorized that all living things are the result of natural selection, in which individuals with the most useful traits for survival are most likely to pass those traits along to their offspring. This work seemed like a direct rebuttal of the theory of tabula rasa: If the skills, habits, predilections, and unique variations of each human are dictated by breeding, then maybe nature, not nurture, defines identity.

This tension between the power of heredity and the influence of experience has informed discussions of identity since the 19th century. Sigmund Freud postulated that events occurring during infancy and childhood shaped both the conscious and unconscious lives of adults. His work influenced psychology and psychiatry, disciplines that focused on analyzing and categorizing behavior and thought. Over the course of the past century, psychologists have come up with a series of taxonomies to describe personality, designing and executing a battery of tests to determine how different individuals might react to the same situation. By examining motive, bias, and automatic reaction, researchers hope to establish a better understanding of how and why people are the way they are.

Even though a tremendous amount of money and time has been devoted to unraveling the way our needs and desires interact with the environment to create personality, psychology is not a science of absolutes. Studies trumpet informative averages and likely outcomes, but predictions are not strict prophecy. For example, a series of studies on children and teens has established that physical activity is linked to higher rates of self-esteem. But that still doesn’t mean that everyone who exercises has high self-esteem, or that someone who doesn’t exercise doesn’t or can’t have high self-esteem. There is no way any one study can address the infinity of variables that result in how someone feels about themselves, or who they’ll become.

Meanwhile, advances in technology have allowed researchers to examine not only the wiring of the brain itself, and the chemicals and hormones that affect its function, but also the blueprint for these particularities, the strands of DNA housed in our every cell. In the last few decades, scientists have been able to create detailed maps of how genes contained in DNA affect human life. We now know that there are genes that have a hand in how cilantro tastes to you, how nice you are, how well you can control your temper, or whether you might be prone to depression.

Although the fields of genetics and neuroscience would seem to offer a final answer to the nature versus nurture conundrum, it’s not that simple. There is still so much that neuroscientists don’t understand about how the brain’s activity influences behavior. Why and how do we dream? How is memory stored? How much can we train our brains? The burgeoning field of epigenetics also complicates our perception of genetic certainty. Researchers are just starting to understand how environmental factors can cause genetic traits to be expressed or suppressed when chemical tags alter the structure of DNA itself. Just last year, scientists presented proof that the effect of trauma on the body can alter the region of the gene that regulates stress hormones, and be passed on to biological heirs. Epigenetics also explains how twins who share the same DNA, the same womb, and the same upbringing are still two distinct individuals. It turns out that even if scientists were able to clone your DNA, your double would be a lot like you—but not you, because epigenetics would result in definite differences between you and your new samesies BFF.

One of the pioneers of the field, C.H. Waddington, proposed a helpful way to think of the way nature and nurture interact to make us who we are: 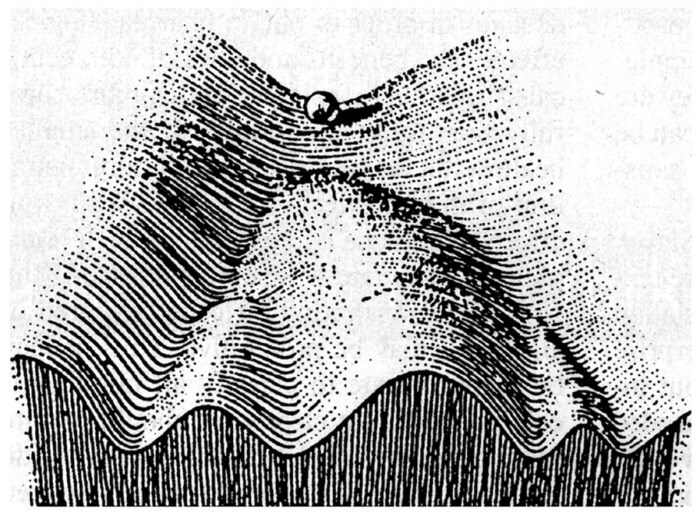 There’s an irregular hill, marked by many bumps and troughs. At the top you drop a marble. The rolling orb could take many paths, but whichever it takes results in only one resting place at the bottom of the hill. The marble’s fate is inextricable from the hill itself. In the same way, the meaning of genes cannot be separated from the environment in which they exist.

So what makes one person think differently from another? Is it when and where and how we were born? Is it the genetic heritage passed down to us through our familial relationships? Is it the events that we experience, or the challenges we face? Are our personalities set in stone when we are young, or are they a result of the life we lead? The short answer is that all of it matters—all of it—but also none of it. We will always be recounting the ways we are different from each other; they are gloriously infinite. But no amount of knowledge we accumulate about the body or the brain will diminish the unique specificity of self, the special kernel of youness that makes you you. That thing that’s sometimes been called the soul. We’re each one of a kind.

I used to think that was a sad thing. How lonely to imagine that we’re all enclosed in our own stony tower of personal specialness. But writing this, I wonder if I’ve been looking at it all wrong. We’re all in our own stony towers, but they’re the same height, and if we lean out, we can touch hands over the abyss. We are together in our separateness. That’s what we share. ♦

I want to hear your science-related questions or suggestions! Please write to [email protected], using the subject line “SCIENCE” and include your name, age, and city/state/country.