However I look, I’m just as I should be. 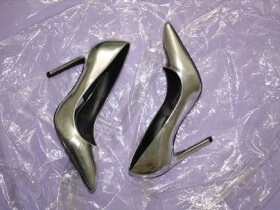 Belongings As Artifacts: An Exhibit 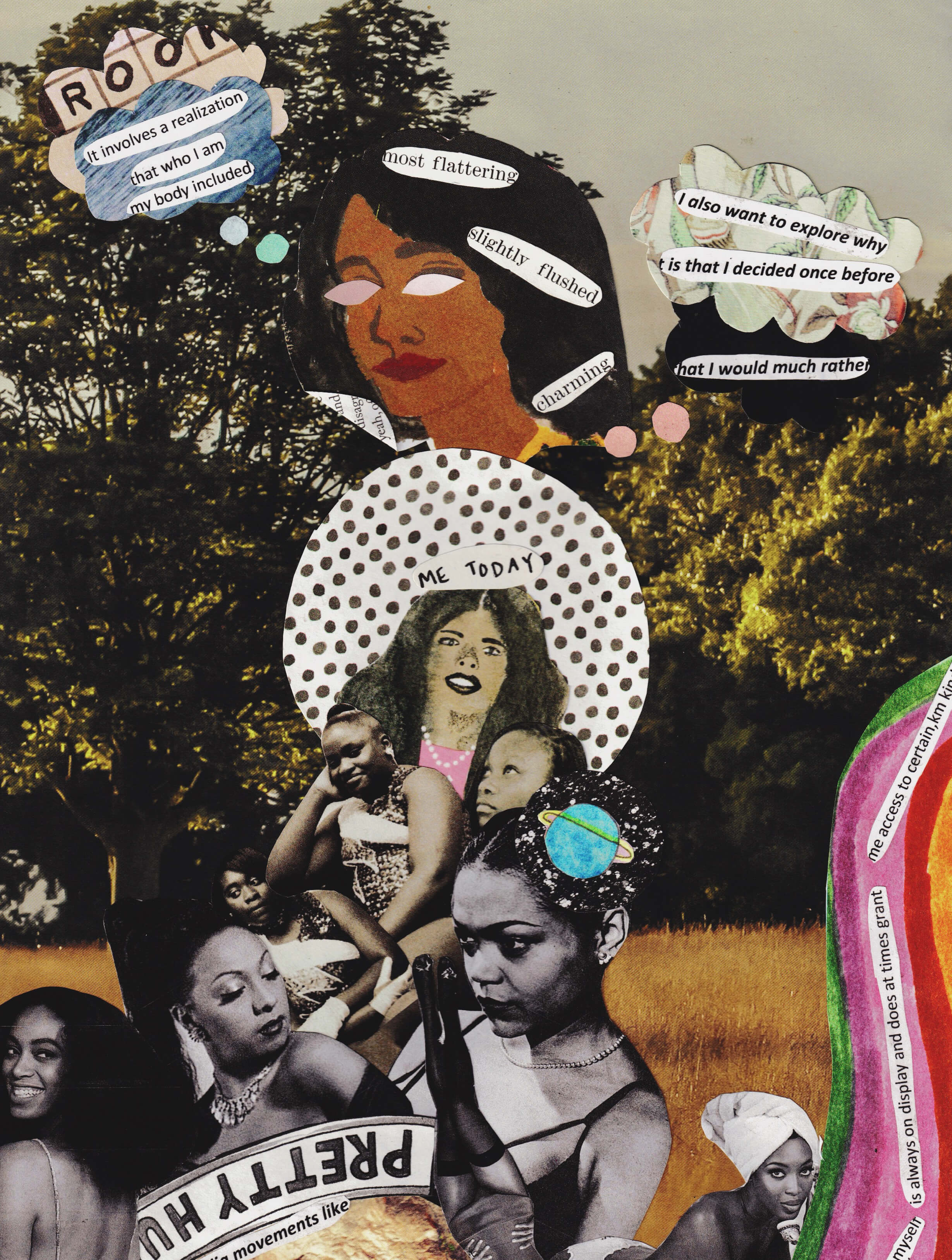 My body only started to matter to me when I turned 18, but that isn’t to say I was never aware of it. I knew that I was an average-sized kid surrounded by friends a bit slimmer than me, which would sometimes bring up feelings of envy that only ever lasted one class period. My body didn’t matter to me because even in this hypercritical, body-obsessed culture, I learned that it didn’t. I learned from Christian teachings that insisted we are not our bodies but our minds and our spirits. I learned from the parts of pop culture and media that declared the importance of inner beauty—songs like Christina Aguilera’s “The Voice Within” and TLC’s “Unpretty.” I also learned to avoid the teen magazines in the supermarket checkout lines plastered with headlines like “50 Moves for a Slimmer You,” no matter how much I wanted that poster of Selena Gomez or Taylor Swift.

During senior year of high school, my friend wanted to develop fitness regimens for her Independent Senior Project. She asked each participant to choose one part of their body they wanted to focus on. I volunteered for no other reason than to be of assistance. I chose to focus on my core. This meant that for 30 minutes a day, five days a week, I would work out that part of my body. After a few weeks, I started to marvel at my abs. I remember tracing their sharpening definition and remarking to one of my friends how amazingly cool the body’s ability to transform is. The project ended after three months, but I knew I wanted to continue with my workout regimen. My body had become firm and toned and strong. I was starting to think about my body in a way that was unfamiliar to me: I figured that even though “bodies don’t matter,” I might as well take care of mine. After all, it’d be with me for a lifetime.

I wasn’t the only person who started paying attention to my body. I used Instagram as frequently as any other high school student, posting pictures of group outings, full-length bedroom mirror selfies, and precious last high-school moments. Things started to feel strange, though, when beloved friends—and creepy strangers—would post what I took to be kind but exaggerated comments. “Perfect,” someone would write, or “Beautiful! *heart eyes emoji,*” or the one that really took me aback: “I wish I had your body!!!” I’ve posted my fair share of doting comments under people’s posts, but I had never been in the position where my appearance consistently put me in a favorable light. I didn’t know what to make of it. It was both confusing and intriguing to witness the unprompted remarks and loving attention that came from simply looking as I did.

I tried to be thankful. It was cool that people had actually noticed the changes I’d made. I also became increasingly aware that my body was being thoroughly assessed and evaluated by those around me—that “you’re so perfect” came only once their eyes had studied my frame to confirm the affirmation that followed. And there were parts of me that remained beyond the realm of a compliment: my dark skin, my nappy hair, the work that I do that constitutes the magical inner beauty everyone apparently believes matters most. Others saw my figure first and foremost, and presumed they could see all they needed to know about me.

Caught between a sense of power and powerlessness, I started to think that maybe it was good that others paid more attention to my new body. At least it helped them forget the “harsher” aspects of me. Perhaps I could construct a persona around this body. I could really be the girl who gets everything she wanted, who is always super bubbly and vivacious and has it all together. That’s what being slim means, right?? Hiding parts of myself to create this “perfect” persona simplified how I presented myself to the world. It also made me ashamed. I wanted to feel good about my body, but I felt that I had no right to if that meant assenting to the idea that perfection came from being slim.

There was a major conflict brewing inside of me and, in turn, I became more freakishly obsessive about my body than ever before. This meant never missing a workout, while sometimes fighting the urge to cry afterward because I wasn’t strong enough to turn away from this standard of beauty. It meant beating myself up internally over not having enough discipline to stop myself from eating a slice of pizza, even as I tried to convince myself that eating junk sometimes wouldn’t reverse all of my hard work. It meant wearing crop tops while guiltily attempting to cover my belly. It meant knowing that I was on a path to an eating disorder and not knowing what to do about it. Eventually, I cried to my roommate. She listened. We both knew I had a lot to work on.

I started to understand that I felt isolated when people saw my body as part of this imaginary, idealized lifestyle that I didn’t have. I wanted to blame everyone else for the pain I felt, but in truth, I had failed to set up boundaries and clarifications for who I was to the world. I’d been protecting an ideal while aching to destroy it, but neither extreme gave me the chance to let myself be. I couldn’t go back to pretending my body didn’t matter, because ignoring it would mean ignoring a major part of my life experience. In the same way that being a black woman has formed me, so does my shape and size. I had minimized the relationship I had with my body in ways that were damaging for me, when what I needed to do was create healthier more sustainable perceptions of it.

This required taking the time to untangle myself from the ideologies that say our bodies matter most if they help us receive the love and affection that we all need. I make a constant effort to redefine health in my own terms. I’m teaching myself that health is all-encompassing: it includes singing, dancing, spending time with friends, getting eight hours of sleep, and watching your favorite rom-com until you’re on the verge of tears from laughing so hard. All of that stuff matters just as much as eating well and exercising regularly. Also: I am allowed to love how I look, and I mean, absolutely, completely fall head over heels in love with how I look! I can parade around in tight dresses and crop tops because my body is just a part of what makes me feel good. And I can have days when I lounge in bed all day, because sweats and a box of pizza make me feel good and appreciate my body, too.

My body will always change and my weight will always fluctuate—I can’t avoid that. What I can do is learn to be happy with my body at any stage. That means constantly and consciously removing any standard that stops me from believing that I have a beautiful, healthy body. I’m becoming less and less inclined to hide behind a perfect persona. My body simply is as it should be. ♦

Sophia Ebanks is a 19-year-old New Yorker who swears she knows everything and nothing at all. She posts all of her weekly musings on The Odyssey and is currently developing a lifestyle website for young women of color called In Other, Other Words. You can find her on Twitter and Instagram.