What would it be like to live in a different body? 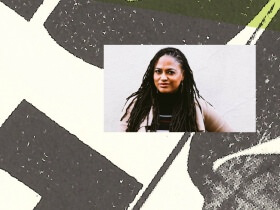 The only two places I choose to reside are at school and at my house. School is bearable for me now because I’ve realized that no matter how messed up the system is, I still need an education. My house is cool, I guess. It has a fridge and different rooms in it, but I constantly fantasize about the day when I’m grown up and have my own house. (Especially because I don’t want to listen to anyone because I’m a really stubborn person.) But these two places where I spend most of my time are filled with people, and the first thing I notice when I look at them is their appearance. And when I look at them, they look really good.

My sister is looking good on the daily, and the girls who will probably never talk to me at school somehow always looks flawless. It’s like they’re aliens from outer space who physically can’t have acne or low self-esteem. So when I’m surrounded with these pretty people, it’s basically natural for me to feel depressed and a bit envious. Still, I know that although there’s not much going on with my face, there is a lot going on in my head. I know it’s cheesy, but it’s true.

The saying “beauty is in the eye of the beholder,” is a comforting sequence of words, but what upsets me is feeling as though there aren’t many beholders who’d find me attractive. And I know that I shouldn’t care because I’m nearly 14 and it’s “forbidden” in my culture to think about things like this, but some adults don’t realize that at this time in a person’s life our minds go crazy. For example, the past week has been filled with me creating fantasies in which I watch ’90s sitcoms with the skate group, Illegal Civilization. Being a teenager is awkward and random, but ignoring it doesn’t make it stop. And having no outlet to tell people how you feel because it is “rude” to do so is really pointless (no offense, mum and dad).

Maybe I should spend less time looking in the mirror and more time reading or taking photos of things I like. Maybe the world makes us think we’re ugly so that we worry too much about our looks and end up not accomplishing anything with our lives. I’ve got aspirations that travel deeper than the way I look. As long as my face is clean, it’s good enough for me. ♦