Pay tribute to what’s important to you. 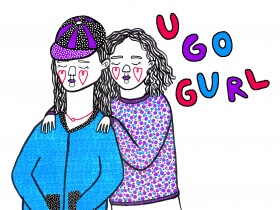 How to Overcome Shyness 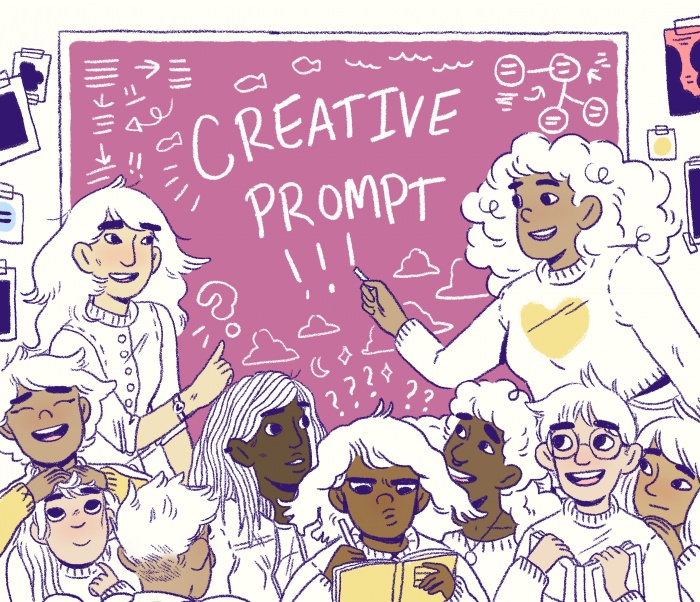 Even though January is over, many of us are still reflecting on how 2015 went and projecting about how 2016 will go. Thinking about the past and future can be hard, though, because both are really amorphous. So why not make both the past and the future tangible in some way? Why not build, write, or draw what these things were and/or what they’re going to be?

For this week’s Creative Prompt, we’re asking you to design a monument that commemorates something from 2015, or to something that you hope will happen in 2016. Monuments can be enormous, like the Washington Monument, the Taj Mahal, or the Egyptian pyramids, but they also can be small, like a commemorative plaque or a poem, even. As long a thing celebrates, pays tribute to, or honors something else, it can be considered monumental. There is no right or wrong way to do it.

To make a monument that celebrates 2015, reflect on what was significant to you last year. Ask yourself things like, What were some important events that happened? Who made an impact on my life? Did I pick up a new hobby or start a new project? Was an object or memento a personal MVP? Another helpful way to jog your memory would be to scroll through old Instagram photos or tweets: Are there any particular days or events that stand out?

When I reflected on last year, I thought about how I learned to give myself time to meditate and slow down. I decided to create a monument to self-reflection, solace, and peace: 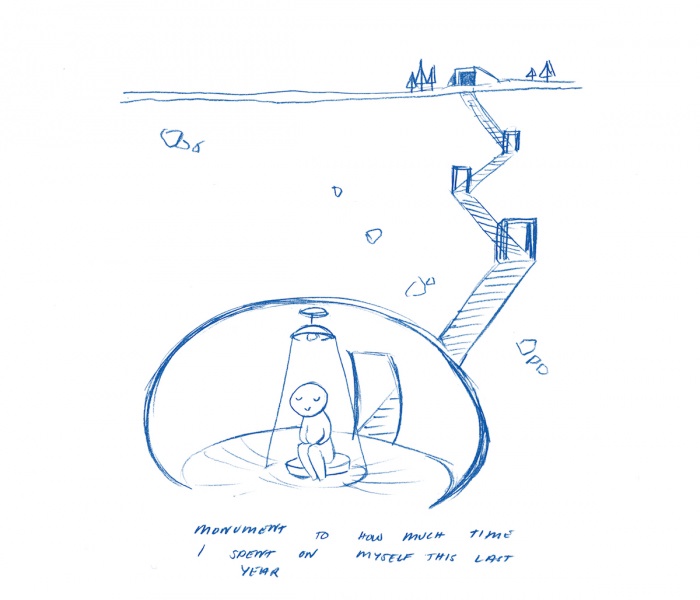 In 2016, I’d really like to spend more time around horses. So, I created a monument of a horse statue that’s in my front lawn to remind myself (A) that horses are awesome and (B) to sign up for riding lessons! 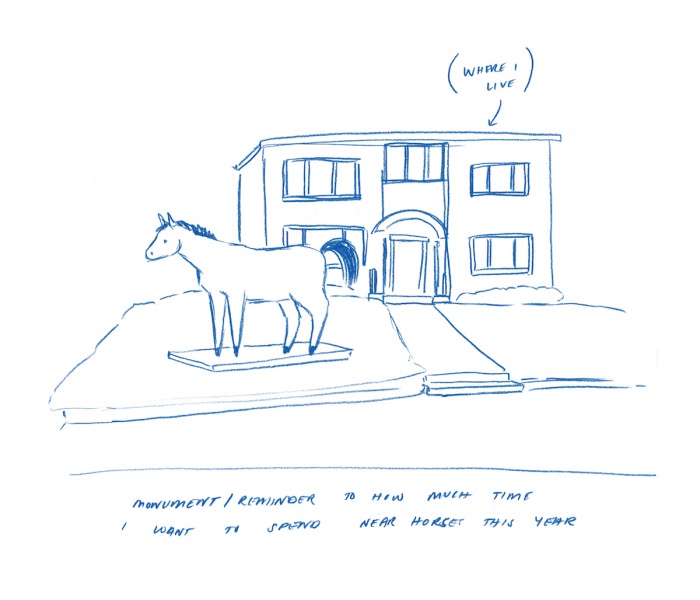 Make a monument commemorating last year, or this year, or both. Use whatever creative tools you want. Draw it, construct and photograph it, or write about what it would look like and why it would look that way. Send documentation of your monument—along your first name, last initial, age and city/state/country—to [email protected] with the subject line “Creative Prompt” by Monday, February 8 at 6 PM EST. We can’t wait to see what you come up with, master builders.

Last week, we asked you to think about who your fictional alter ego might be. Here’s what you found out when you got to know those people (and characters, things, et cetera)…