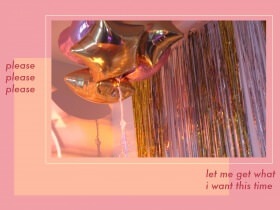 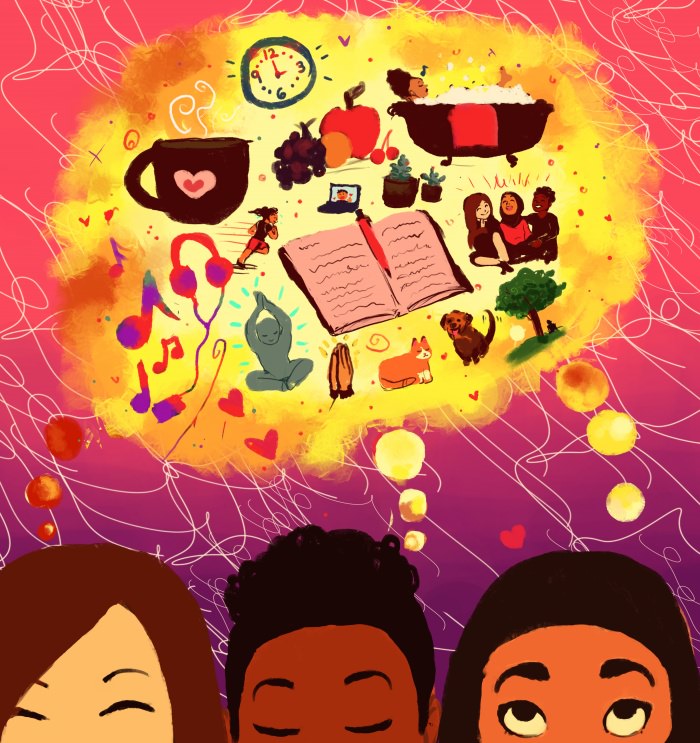 A few days ago, my partner Travis slowly drove my grandma’s old Toyota through New York City traffic as if he were boating on the Seine. As we approached the West Side Highway, he reminisced about a conversation he had with the late jazz great Clark Terry. He said, “Clark used to say he went to Duke Ellington University. You know, you can learn how to read music and play an instrument in school, but there’s nothing as powerful as creative community and really listening to the masters of their craft.”

As my jazz-musician sweetheart lamented the fading tradition of apprenticeships, I contemplated whose words and work moved me to befriend my own ideas and voice—frenetic quirks, meandering expression, and all.

While I’ve read tons of books by critically acclaimed writers who have inspired me technically and artistically, I have “life apprenticed” three women—Lauryn Hill, Nina Simone, and Erykah Badu. While the traditional definition of apprenticeship is experiential, I’m proposing that there is much to learn from both studying someone’s approach to their trade, and the way they embody the work.

Life apprenticeship as I envision it is about trying on some of those traits for yourself, and seeing which ones fit and align with your soul. To be clear, this isn’t about copying or comparing yourself to another human. It’s about seeing a reflection of the power and abilities you already intrinsically possess.

As simple as it might sound, I’ve come to believe that there is a Lauryn Hill, Nina Simone, or Erykah Badu song that directly addresses most of my trials and contemplations about love, struggle, revolution, and loss. Sometimes when I’m feeling stuck or beaten down, and can’t find the answers within myself, I imagine how the women who inspire me would respond to the situation. Even though I’m not a singer, these three songstresses have taught me that what I do in the world is just as much about how I be.

While my life trajectory barely mirrors theirs on a surface level, their soulful audacity and dignified sense of unconditional self-love (in a culture that often fails to recognize women of color’s worth and power) moves me. Each of these women have consistently created art that is distinctly political, defies genre, and has earned mainstream success while maintaining true to their values.

Beyond each of them being bold black women whose lives broadly overlapped with my own historic context (or that of my parents), the tenderness of their tenacity, the realness of their resilience, and their unapologetic yet formidable vulnerability reminds me of who I am—and how my ancestors made it possible for me to be born to be.

From Nina Simone’s release of her daring anti-racist anthem “Mississippi Goddam” to Lauryn Hill’s outspokenness about her incarceration in her song “Consumerism”, none of these artists have shied away from sharing their real and raw experiences. Even though I’ve never shared space with them beyond singing along in the audience at one of their shows, their presence and music reminds me of what I’m capable of—especially in those moments when I forget or lose sight of my personal power.

That’s why the Lauryn-Erykah-Nina trinity instantly came to mind when I received an email from E., a 17-year-old from Indiana. She wrote:

I’ve been realizing lately that self-care has more to it than just getting a lot of sleep and drinking water. How do you maintain self-care and say no to things like impossible beauty standards, placing self-worth on grades or material objects, and trying to fit in where you know you don’t belong?

When I opened her message, I wondered what answers these soulful masters would offer her. As I imagined what kind of life apprenticeship might be helpful for E. to explore, the familiar sounds of my three singing sages danced around in my head:

All you must hold on to is you.—Erykah Badu

Don’t be a hard rock when you really are a gem / Baby girl, respect is just a minimum.—Lauryn Hill

She does not know her beauty / She thinks her brown body has no glory / If she could dance naked under palm trees / And see her image in the river, she would know.—Nina Simone

When I closed my eyes and hummed each of these lyrics, I envisioned the shadowy silhouette of a woman built like me—top-heavy, short-waisted, dark, and long-limbed—who had walked repeatedly through pain, uncertainty, confusion, and insecurity but always emerged with the force and graceful intensity of a phoenix.

Their openness about themselves in their body of work showed me that the women I admire also have navigated paths of indecision and struggle. It struck me that no matter what imperfections they revealed, I regarded them as powerful, wise, and beautiful regardless of the seemingly inevitable impossible standards of beauty, life difficulty, and other challenges E. mentioned.

When I was younger, these simple lyrics comforted me while I tried to figure out how to care for myself—the truest, deepest, intangibly raw parts of myself with wounds and desires that refused to be soothed solely with adequate sleep and hydration. These songs were self-care enlivened. They made me feel heard, recognized, seen, and understood.

Though years later, E.’s email evoked that sickly feeling of familiarity that arises when you have taken steps forward beyond your self-doubt, but later felt like you’ve regressed somehow. Her email took my breath away because I’ve been mulling over a diary entry I wrote over a decade ago—and the same themes and fears still nip at my heart.

About 12 years ago, I scrawled these words in pink gel-tip ink:

How do we figure out what we want to say yes to as we receive conflicting messages from family, culture, tradition, religion, work, school, and friends?

E.’s email pushed me to admit how I have undermined my own wisdom that self-care is all about learning to say yes to what nourishes us, and no to people, experiences, and things that deplete us. The truth is, that although I began asking myself questions about how to embrace a healthier way of life years ago, I sometimes still struggle with boundary setting in relationships (and affiliations) that fatigue me, leave me feeling unsupported, over critiqued, and sometimes make me ill.

I used to beat myself up for falling back into toxic patterns or shrinking myself to make authority figures or supercilious ex-boyfriends feel comfortable, while my heart screamed that I should be bold. But now, I realize that all of this complication, the falling, the crawling, and the getting up, and the scars that never completely fade are a part of my story.

So E., my assignment for you is to think about who your life muses are. Who is your Lauryn-Erykah-Nina trinity?

Think about what you want to learn from these masters of craft, even if you never get to meet them. While their writings, songs, art, poems, or performances may be representations of themselves that inspire you, contemplate their presence, expression, embodiment, and the way they move in the world.

I don’t know who inspires you, but I can already tell that no matter how awesome they are, they are perfectly flawed—and yet, you still value them. Remember that the next time you question your priceless self-worth, and then learn from their lessons about embracing who you are and accepting or even celebrating your shortcomings.

I have a feeling that if you do this, someday you’ll be someone else’s Lauryn-Erykah-Nina trinity in your actions, work, and words. But since you’re already asking yourself such thoughtful questions, I bet you already are. <3 ♦

Do you have a question for next month’s Club Thrive? Please email it to [email protected] and include your name/nickname/initials, city/state/country, and age.