How to find a “chest contraption” that works for you—if that’s something you want. 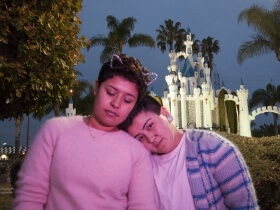 Castle in a Cloud 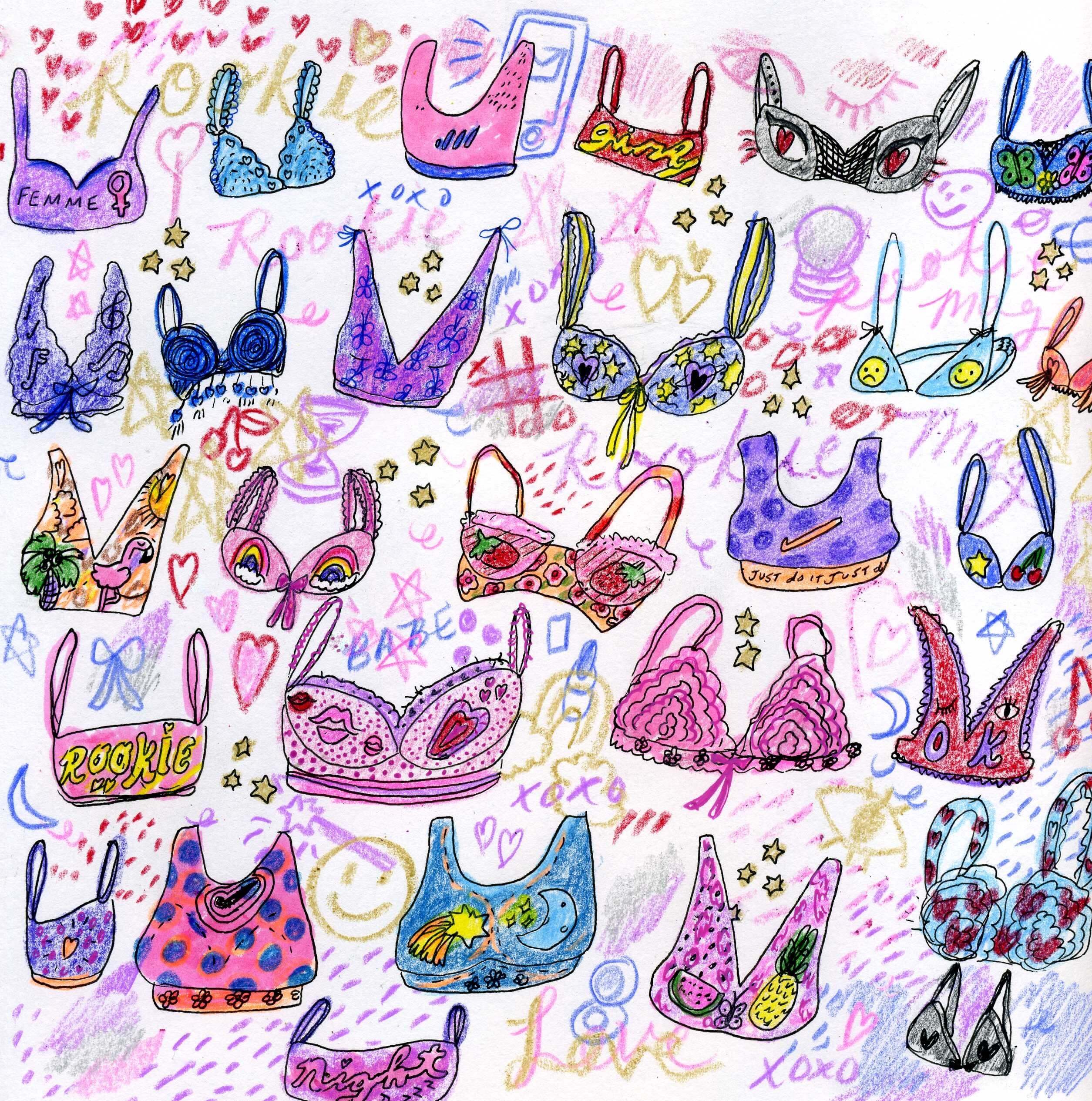 There is no undergarment more unnecessarily sinconfusing and stressful than the bra. It’s the lingerie equivalent of calculus: There are so many ways to tackle them that it can very, very easily become overwhelming to epic proportions. Seriously! There’s an episode of Lizzie McGuire that revolves around Lizzie’s frazzling experience going shopping with Miranda for her first bra—or “school supplies.” Without any kind of guidance, the shopping trip crashes and burns. It totally doesn’t have to be that way! Everything about bras—sizing and fitting them, washing and handling them—can seem really frightening, but no more. I’ve got you covered, boo.

What the heck is going on with bras?

A basic bra has two shoulder straps, two cups that hold your breasts, and a band running underneath both cups.

The band is super important—it should provide most of the support for your chest, so it’s absolutely crucial that you wear the right size. If your band is too small, it’ll be tight and uncomfortable to wear. On the flip side, a loose band means that all of that support will have to come from the straps and cups, adding a lot of strain to your shoulders and back. Both are major problems that could cause a slew of other issues like bad posture and upper body pain. Here, here, and here are some of the sites and resources I used to make this guide. The rest came from life experience, and advice from the bra-wearers in my life.

I first found the task of trying to decipher the jumbled mass of Pigpen known as bra sizes totally overwhelming. I mean, 42? 32? 38? A, C, G? WHAT DO ALL OF THESE RANDO NUMBERS AND LETTERS EVEN MEAN???

Fear not, friends! Here’s a handy trick to navigate the madness: Let’s say you see a bra size like “34C.” The number is the band size in inches, while the letter is the cup size. So, in this case, this bra would probably be a good fit for you if your band measurement clocks in at about 34 inches and your chest measures out to a C cup.

It’s a good idea to get professional help when it comes to figuring out your bra size measurements, but you can also DIY it at home. There are a whole bunch of different schools of thought on the “best” way to measure for a bra size, but one common method touted as the “classic” bra-fitting procedure involves measuring just under your chest and adding either 4 or 5 inches depending on whether the number you get is even or odd. DON’T DO THIS! That method was developed way back in the late ’40s and early ’50s, when bra materials weren’t as stretchy or flexible as they are now. Using the “+ 4” method can really screw with your measurements, and you might end up with a bra that doesn’t fit you as well as it could.

To accurately measure your band size, you’ll need to know your underbust measurement. Stand in front of a mirror and wrap a soft measuring tape around your body just below your chest, making sure it’s not too tight or too loose. The tape’s gotta be parallel to the floor, so look in the mirror to make sure it isn’t slanted—an uneven measuring tape will give you a whack band measurement. If you get an even number, ta-da!—that’s your band size. No adjustment needed. If it’s an odd number, add one inch to get your band size. If you’re in between two numbers, round up or down to the nearest number to get your underbust/band measurement.

You can do the same sort of thing to find out your cup size: This time, wrap the tape around the fullest part of your chest, making sure to keep it parallel to the floor. The number you get is your cup measurement—but you’re not quite done yet! To figure out what cup size you are in letters, you’re going to have to do a little math:

Cup measurement − band size = The difference between your cup and band measurements.

Now that you know what the difference between the two numbers is, you can follow this guide to find your alphabet-ified cup size!

There are a whole bunch of sizes above G, too, and there’s also a lot of variation between the ways different bra companies list their sizes on the labels. In some cases, your actual band measurement might not be the number listed on the label in the store! And to make things even more confusing, bra sizes aren’t consistent across different companies or even different styles of the same brand. You might be a 36C in one bra and a 34D in another, or a 40F in one company’s bras and a 42G in another, since cup sizes aren’t always the same size. A band size down and a cup size up can sometimes fit the same way as a different bra size.

All of this confusion means that while it’s awesome and definitely useful to shop armed with your proper bra measurements, nothing beats actually trying on a style that catches your eye—it’s the only way to be 100 percent sure that your bra fits you in the best way possible. If you’re shopping online, a lot of lingerie companies post handy conversion charts in their size guides that can help you convert your underbust and cup measurements into the band sizes the company puts on their labels. Also check that they have a returns policy that includes free returns on bras—that way you can try them on and return any that don’t fit.

How do I wear a bra?

Most bras follow the same general guidelines: While leaning forward so the weight of your chest falls toward the floor, slip the straps over your shoulders and fasten the band behind you using the hooks along the back. You should start out on the farthest hook—the one that gives you the loosest band—because over time, the elastic in the band will stretch out and make your bra feel looser. When it starts to stretch, that’s when you can move in and using the hooks that give you a tighter band.

Then, while still leaning over, you can use your hands to “scoop” your chest forward and into the cups to draw everything from the sides toward the front. It’s a completely optional step, but sometimes it helps to smooth out anything that might’ve gotten caught during the band hooking process—and can make for a more comfortable fit. If you’ve made sure nothing’s sticking out and everything feels like it’s where it should be, you’re good!

How should a bra fit?

Basically, a bra should be comfortable. You should be able to fit a couple of fingers under the band after it’s fastened and under each of the shoulder straps. If everything fits the way it should, your chest should sit inside the cups, with no spillage or squeezing. The cups also shouldn’t bunch up—they should be pretty well filled out. And the bridge—the piece of fabric that connects the cups of the bra together—should sit flat against your chest.