Colorism still exists, even in our celebrations of black beauty. 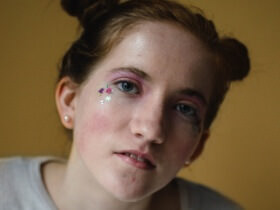 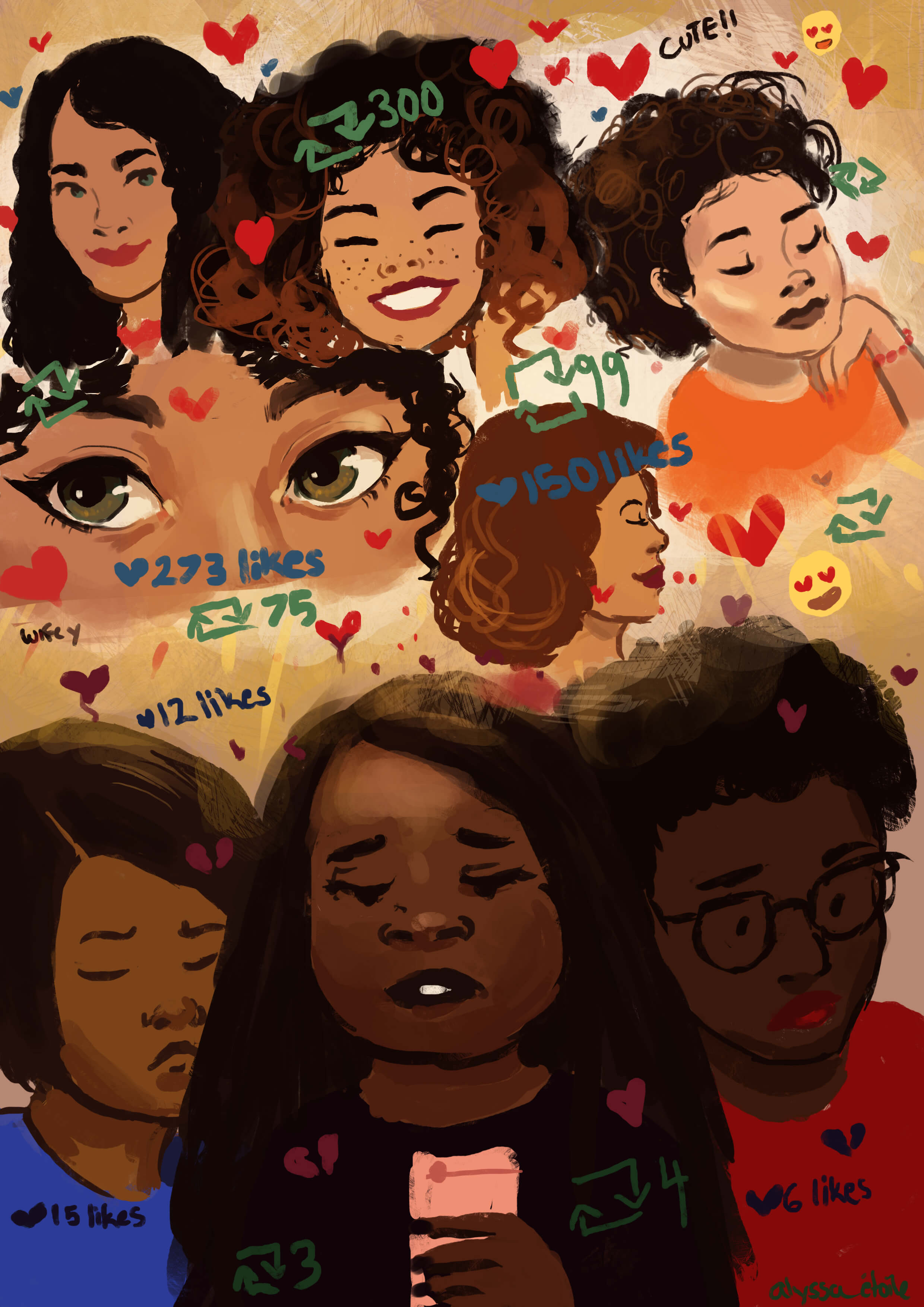 Growing up as a dark-skinned, Nigerian-American girl with hair that would rather cling to my scalp in the tightest possible coils than flow in the wind like the hair of a movie star, I’ve always been aware of a beauty standard that preferred whiteness over blackness. At school, the tan to pale-skinned girls were prettiest by default, and the leading women on TV and in movies were almost always white.

The black beauties celebrated on TV and in music came as a relief. I’d watch them thinking, Wow! Beautiful, talented black women thriving in spaces where they have to overcome so much adversity! I want to be a part of that when I’m older. But something always felt a little…off. Yes, they were black women, and absolutely, they were beautiful, but none of them were as dark as me, and none of them had hair like mine (if they did they never showed it, because it’d be considered “un-done”). I still celebrated these black women’s successes, but the idea that I could never be one of them rooted itself within me so deeply that, eventually, I didn’t even question it. Lighter-skinned and mixed race black women were the successful performers, singers, and actresses, and that was “just the way the things were.” From my preteen years on, I tried to adhere to that beauty standard as closely as possible, while knowing that no matter how obsessively I straightened my hair, I’d never be able to really attain it.

Fast-forward about a decade later and, thanks to social networks, race and blackness are at the center of conversations for the first time in my life. The natural hair movement became, and still is, immensely popular. Explosive and widespread affirmations of blackness and black beauty have emerged alongside the Black Lives Matter network, and as what started as a hashtag became a household phrase, there’s been an efflorescence of other slogans asserting black excellence.

A pivotal moment for me was the creation of hashtags such as #blackoutday and #unconventionalblackbeauty, among many others, to lift up black beauty. These were days when my Twitter timeline, Tumblr dashboard, and Instagram feed would be image after image of black and brown faces, happy black and brown faces—lots of them. Their immense volume made me realize how much I needed to see these images, for the good of my current self and for my younger self, too, who dealt with subconscious self-hatred due to not seeing many darker-skinned girls with tightly coiled hair in the media. I’d been aware of darker-skinned celebrities like Kelly Rowland, Lauryn Hill, Naomi Campbell, and Missy Elliott, but I’d never seen them glorified nearly as much as lighter-skinned black celebrities were.

The conscious and deliberate appreciation of black beauty amongst black people isn’t entirely new. In the ’60s and ’70s, black pride was at a high. Most covers of Ebony Magazine may have been going to lighter-skinned black women, but there was awareness of the harm colorist biases could do. As a member of the Black Panthers, Kathleen Cleaver spoke out about the preference for lighter skin and eyes, and the musician and activist Nina Simone was open about uplifting blackness and darker-skinned black beauty in interviews and through her music.

Last year, while people were posting selfies and prepping for whatever the beauty hashtag was that day, I noticed my own reluctance to share a selfie. Increasingly, I felt like I had to be a light-skinned, skinny-nosed, makeup goddess who could regularly afford MAC, Urban Decay or another high-quality, expensive makeup brand in order to be considered truly beautiful. I’d noted a trend, the black women most celebrated (in the way of likes, reblogs, etc.) for their beauty had the following features: lighter skin and eyes; narrower noses; straighter hair, and when it is natural hair, a preference for looser, shinier curls over tight coils. That the same old, tired, colorist beauty ideals had found their way into our new movements makes it clear that they never totally went away. So-called “racially ambiguous” and “exotic” beauty is still heralded above all others (except actual whiteness) because while the look is still considered “other,” it has features familiar enough to appeal to the white gaze.

This is not to bash on people who look this way—they can’t help the fact that they happen to fall into the criteria for beauty celebrated in our society, nor can they help getting attention because of that. Instead of pointing at individuals, I wonder how we can make our movements more effective, so that it’s not just certain types of beauty routinely being praised. What good is a hashtag that claims to uplift all kinds of black beauty but which, in reality, only affirms those of us closer to idealized beauty norms?

Seeing this ideal of beauty being upheld by people of color is saddening, because I know that it’s not always on purpose. I’m definitely guilty of it, too. Colorism, or internalized anti-blackness, is a result of hundreds of years of conditioning and socialization, and the repetition of lies from the media that say the closer you are to blackness, the less worthy and beautiful you are. The public nature of social media makes it easy to equate worth with likes and reblogs. Those of us who aren’t as close to the ideal beauty standard consistently get fewer likes, retweets, and reblogs, and these numbers reflect the beauty ideals that all of us have internalized. For that pattern to change, there has to be a shift in thinking about what is considered beautiful and what isn’t, and why. Since there is no quick ’n’ easy way to end racist and colorist biases that shape what people pay attention to in our beauty movements, I’m starting small and making sure to give diverse black women the love they deserve by liking or reblogging their pictures.

Black people focusing on our own, unique beauty is deeper than vanity, it’s an act of reclamation. Our “narcissism” is a counter-attack to the lies we’ve been told about our worth for countless years. Recently, the hashtag #flexinmycomplexion has attempted to celebrate darker-skinned people of color, however over time I’ve had to find ways to build self-confidence that don’t depend on media for the validation of my beauty. For black “millennials,” the push for self-love is inspiring major change, but for that change to have maximum effect it’s going to have to celebrate the beauty of darker-skinned, coily-haired women, too. ♦