A story about feeling joy in my body. 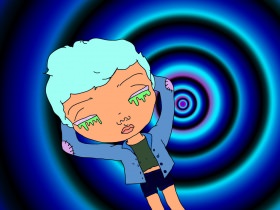 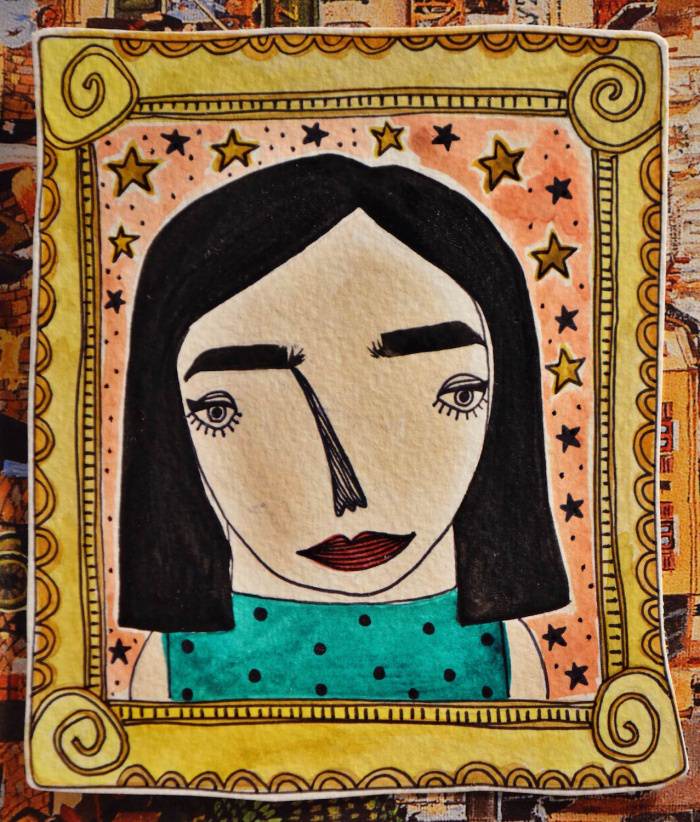 The evening before eleventh grade started was…fun. I fully expected to be stressed and in pain, because it seemed to be my brain and body’s autopilot. Fortunately, that was not the case. Maneuvering my wheelchair into the tiny bathroom, which doubles as a mechanical room in our one-story house, was a challenge. But I got in there successfully, and when I did, I was completely overjoyed. After such a traumatic surgery, I really didn’t think I could do anything without a catastrophe.

I was born with cerebral palsy, which created spasticity in my legs due to improper neuron reception. I’ve dealt with mobility issues all my life. As I started going through growth spurts, the spasticity got worse. For 14 years I felt trapped inside something that wouldn’t let me move. I couldn’t be free while having my muscles in a constant state of contraction.

I had never experienced vulnerability the way I did the day of my surgery. I had no idea what to expect from having my legs manipulated, my muscles cut into and twisted, all while my mind was off in a fake paradise of drug-induced sleep. I remember walking into the operating room. I thought of all the people who must have been in there before me. I thought about their stories—what they were attempting to cast off by going under the knife. I wondered if they were as desperate as me, as desperate to feel joy in their bodies.

In the bathroom, I piled makeup into my lap, trying to decide how I was going to do myself up for my first day at a new school. There were what seemed like dozens of tiny containers, without a case to hold them all together. I had a can wrapped in a towel between my knees to keep them from colliding or falling to the floor. I neatly stacked makeup on the surface of this makeshift tabletop. My physical therapist taught me this new technique. It was meant to help re-train my brain to not let my knees point inward and compromise my balance once I started walking again. I was just happy to have a barricade there to keep eye shadows and lip colors from crashing or breaking as I wheeled out of the bathroom. I didn’t know if it would help me walk; I didn’t really care what the therapists said about how I would recover. It was me who had the surgery, me who was dealing with the pain. I was going to do whatever felt best in the moment. Right then, it felt good to lay my makeup out for the next morning.

There was a bang on the front door. “Come in!” I shouted.

“Hello, there!” came a voice from the foyer. I heard a bit of clanging as Alice, the aesthetician, removed her shoes and the door swung shut.

“Oh shoot, I forgot the wax strips in the car! I’ll be right back!” Alice was loud but cheery.

I was getting my eyebrows waxed for the first time. I had called one of the local salons earlier that week. It’s a pretty small town, so most people who knew me had heard I was recovering from surgery. After some arranging, the salon agreed to have Alice come to the house since I couldn’t really go out yet.

As Alice was outside collecting her wax strips, my mother came downstairs, apparently on the phone.

“Oh, uh huh, well, yes I told them the meeting was Thursday. Rachael’s headed back to school tomorrow, so I guess we can rebook. It’s just that the Farmer’s Market booth was supposed to go up on Tuesday…” She walked past me, and into the foyer. Uh oh. I’d forgotten to tell her Alice was coming.

I had been hesitant to bring up the fact that an aesthetician was paying us a house visit. My mom hates anything to do with altering your appearance or using copious amounts of makeup. She sees eyebrow waxing as a joke; even after the countless occasions I tried to impress upon her the importance of a strong, well-groomed brow. (“Close your eyes and imagine Hermione Granger with wispy eyebrows,” I’d explain to her, in vain. “It just wouldn’t work as well for the character.”)

The front door opened. I couldn’t wheel fast enough from the bathroom. Ahhhh! Wheel, wheel, wheel, hurry, HURRY! From the kitchen, just beyond the bathroom door, I just barely got a glimpse of the goings-on in the foyer. Alice opened the door. My mother was sitting in the chair directly beside it, gabbing away. Alice didn’t see her. Why was she coming in the door backward? What was that she was pulling? Oh dear god, my life was in shambles. Alice backed through the door rather quickly; she fell over my mother’s outstretched ankles, and the toolbox went down. It crashed with an unpleasant sound. I cringed. My mother jumped up in shock, dropping the phone. After a fair amount of explaining, cleaning, re-ordering, and arm waving, my mother marched over to me, her face flushed.

“What on earth is going on? Who is this person?” she demanded as she approached.

I parked myself in front of the TV. Undoing my brakes, I rolled two feet backward.

“Oh, her name is Alice. She’s here to wax my eyebrows.” I gulped.

My mother looked confused. “But you don’t have any eyebrows to wax!” I could see she wasn’t wearing her bifocals.

“Yeah, I do. Sorry I didn’t tell you earlier, I didn’t think you would agree.” I was wheeling further away now. As much as I could despise my wheelchair, it was handy for discretely removing myself from a situation.

I expected some kind of brash retort from my mother. Instead I got a humongous sigh, a tad of arm flailing, and a few dramatic stomps up the stairs. “You’d better be paying for it!” She called from over the banister.

“I will, don’t worry!” Hoping I could still make things up, I added: “It’s only eight bucks—pretty good deal as far as eyebrows go!” I called. No answer.

Two hours later I sat staring at myself in a handheld mirror. They are so thin! I thought, examining my freshly tweezed brows. They were red. I touched them delicately and made some faces. They weren’t Hermione Granger’s eyebrows. I sat in my wheelchair quietly. At school, would my newly groomed eyebrows make me seem vain, or obsessed with my appearance? I laughed at myself, and this deep inward contemplation about the meaning of a woman’s eyebrows in society. What did eyebrows say about who I was? I didn’t fully know who I was. I was still finding out. ♦

This essay is excerpted from a memoir-in-progress by Rachael Hanakowski, a sociology student in New Brunswick, Canada. Her goal is to empower young women, especially those with disabilities, to feel strong within themselves, despite the stigma and societal barriers facing individuals with disabilities. Follow her on Twitter.