Always Be Creating: An Interview With Abbey Sy

The illustrator talks about how she got into hand-lettering. 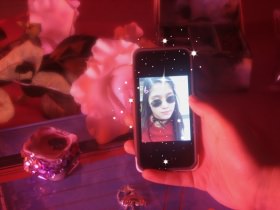 The city of Manila, in the Philippines, is going through a mini cultural renaissance. More people (including people who previously considered themselves to be unartsy) are visiting museums, writing poetry, producing music, and trying their hand at collages and lettering. As one of the pioneer hand-letterers in the Philippines, Abbey Sy is near the forefront of this movement.

Though she started out in the advertising industry, Abbey eventually quit her job to start a career that essentially consists of drawing letters as visual art. As a workshop instructor, freelance artist and designer, and creative entrepreneur, she operates under her own personal brand, Abbey Sy ABC—coined from her name and a clever play on her mantra, “Always be creating.”

Last year, Abbey released The ABCs of Hand Lettering, a beginner’s guide to lettering filled with helpful tips and tricks on how to get started. With its colorful designs and type-related definitions (Did you know that “squoosh” refers to the act of stretching a typeface?), the book went on to become a bestseller in the Philippines.

I recently asked Abbey about her start as a penmanship contest awardee, her journal inspirations, and her opinion on the subject of posting art online. She sent her replies as hand-lettered illustrations.

GABY GLORIA: Hand-lettering is an art that wasn’t as popular back when you started posting your work online. What got you into it? 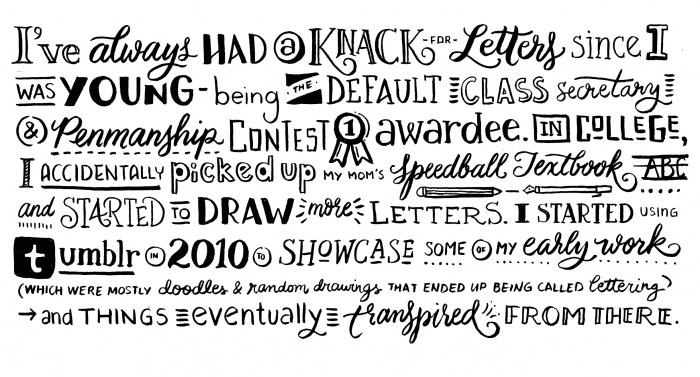