How I quit apologizing for existing. 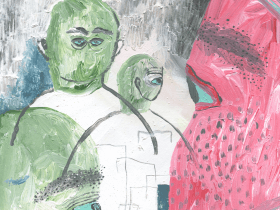 Friday Playlist: Step Outside Yourself 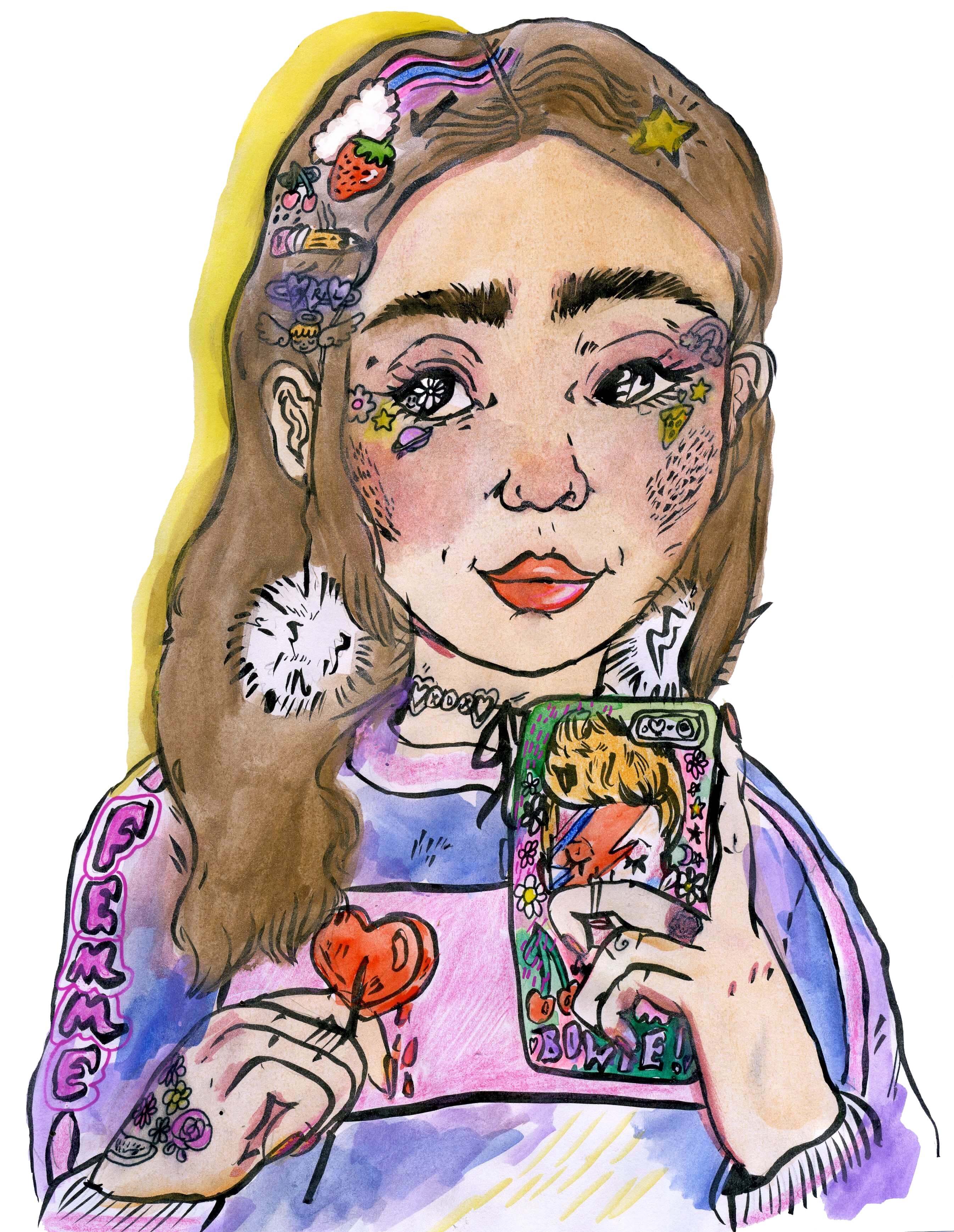 In the last few hours of 2015, I went through the versions of myself that I wanted to leave in that year—keeping the posi-magazine-headline me (“Loving Urself AND Ur Body: U Can Do It!”) and discarding the me that, like, screams at my mom. It was easy to draw that dichotomy, until I came upon one quality that has given me just as much comfort as it has struggle: apologizing.

My codependent relationship with self-blame and self-deprecation as a means of self-defense has held me tightly since I can remember. It has felt safer and less terrifying to silence myself to a degree than to actually engage with people, and make them take responsibility for their own actions. I have treated, specifically, male feelings and ego as superior to and more fragile than my own. This practice dates back to elementary school, where it was first embedded in me and my female classmates, that our feelings, bodies, and minds would be used as weapons against us—mostly, but not exclusively—by our male peers.

My first memory of rejecting my emotions to improve another person’s outlook on me was in the third grade, although I’m sure it happened unconsciously even before that. We often read books in which dogs died so, naturally, I would cry before, during, and after class. When I realized that crying = boys making fun of you, instead of delivering a lecture about the layers and power in of female emotion and the history of its being used to undermine women (eight-year-old me didn’t really know about that yet), I apologized. And when on the first day of middle school, an eager/nervous/anxious/EXCITED TO HAVE A LOCKER!!! me was greeted by teachers who warned me of suspension because of the length of my skirt, I apologized. That same year, when I was just becoming aware of my body, a boy I had formerly considered a friend told me my arms were “so hairy they could be Godzilla’s,” so I told him I was sorry. On that same day, I snuck a razor out of my mom’s bathroom and shaved my legs for the first time, praying that the boy hadn’t seen how Godzilla THEY were. That was also the week I snuck concealer out of my mom’s bathroom and applied it at 6:30 AM because that same boy had told me my under eyes were dishearteningly dark. I’d apologized about that, too.

Adolescence, specifically girl adolescence, is confusing. In, like, five seconds flat you are “too grown” to wear clothes that you wore a year before, and your mom is telling you that you can’t walk around by yourself with shorts on anymore. Meanwhile, you’re being taught (practically unconsciously) a bunch of guidelines: “Apologize Always,” “How to Put Other’s Happiness Before Urs.” This change, from the beginning to the middle of adolescence, can obviously really confuse a person; in every book, play, and movie the middle is where all the confusing, heightened-action stuff happens.

Here are three things that have helped me trust myself enough to know that I don’t always have to say sorry for myself:

2. REALIZE THAT YOU CANNOT LIVE UP TO ANYONE OR ANYTHING. You can only do your best YOU. Not the “be you, and have yourself figured out and know everything about the world” you, but the you who knows that your role models, icons, and inspirations are not meant to make you feel bad that you cannot be like them, like, I must get into an Ivy League college and win a Grammy/Oscar/Presidential Medal of Freedom by the time I am eight. No. No matter who they are, they still had to go through their “middle” and they made it through, so you can, too. In December, Guillermo del Toro tweeted something that I think really goes along with this whole idea: “Favorite movies don’t have to be perfect movies. Like in any relationship, Love is what makes them stick around.”

3. Understand that you need to be able to be alone, and know that you are enough for yourself. Here’s what helped me to realize this:

On January 26, 2013, engulfed and overwhelmed in all of this “middle” confusion, I wrote in my diary:

I HATE REGRETS. I HAVE SO MANY OF THEM. I LIVE A DOUBLE LIFE.
[…] WOULD OTHERS LOVE ME STILL IF THEY KNEW I CRY MORE THAN I SMILE?

I can kind of answer that question for myself now:

On November 10, 2015 you went walking around New York by yourself for six hours in an effort to try to heal. You walked first to Central Park, where you laid down in autumn and let the rain pour on your face. You went to the bench by the pond and stood on tall rocks and looked out. You realized that crying happens not only when you are happy or sad, but also when you are indifferent. You recognized that you don’t have to know who you are yet, or ever; as long as you work to become comfortable with whomever you are at the moment, you will be OK. You don’t have to apologize for who you are, and you certainly don’t have to apologize for who you are not. I think what you need to know most of all right now, is that all you ever need is yourself. What other people think or say can hurt—that is valid, PLEASE don’t trivialize what you are feeling—but you must matter most to yourself. You owe it to yourself to care for your truth. You owe it to yourself to live that truth.

Will life be easier if you stop playing pretend? Yes and no. Some things get easier, and so some things get much harder. Then those hard things get easier and new things become harder. It all repeats itself, somehow. But if you listen closely to the tiny voice in your head, the calm one, that is you talking. And if you turn up the volume on it and try to listen, it blocks all the other voices out. ♦

Rowan Blanchard is an actress, writer, artist, and activist based in Los Angeles. She spends a lot of her time on the internet and watching Wes Anderson films. You can follow most of her work on Instagram and Twitter.