Why Can’t I Be You: Reshma Saujani 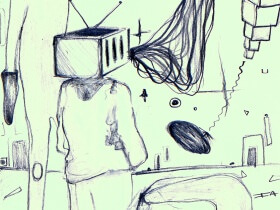 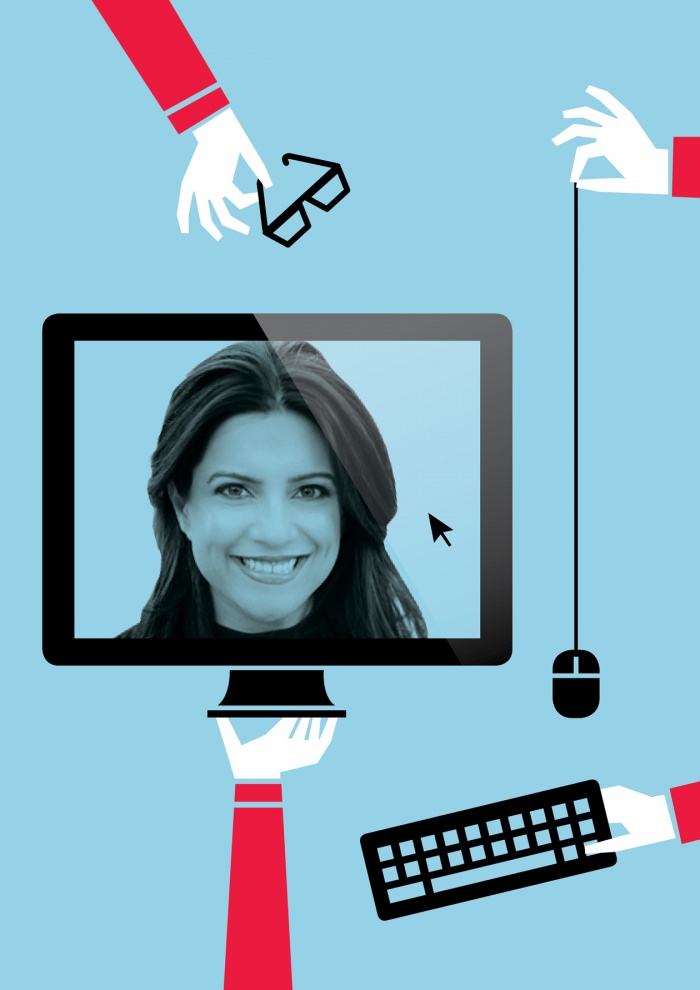 The gender equality problem in the tech industry is astounding. In 2013, women held under a quarter of the computing jobs in the U.S. Reshma Saujani, CEO and founder of the nonprofit organization Girls Who Code, has made it her mission to close that gender gap by encouraging teen girls to pursue careers in the tech and engineering sectors and to develop their computing chops. Girls Who Code summer immersion programs are run by a team of tech experts and mentors who lay down the fundamentals of computer science while also covering awesome topics like robotics and mobile development. Reshma essentially started a social movement with Girls Who Code—helping teen girls change the tech industry and ultimately the world. If that weren’t cool enough, she also worked for years as an attorney, ran for Congress, and is a mom.

I spoke to Reshma about her work with Girls Who Code, and by the time we’d finished speaking, I was thoroughly inspired by her determination and vision.

AMBER HUMPHREY: I’m wondering if you were a really ambitious, motivated kid or if that drive was something that kicked in for you later in life.

RESHMA SAUJANI: I was definitely a motivated, ambitious kid. You know, I led my first march when I was 13. I decided I wanted to go to Yale Law school around that time, too, because it was the best law school. But yeah, I’ve always been kind of ambitious and driven and passionate about change.

Where did that drive originate?

My parents came [to the U.S.] as refugees from Uganda. I was one of the only Indian kids in my neighborhood. And so, you know, for them coming here—not knowing the language, not having any family—they had to be really resilient and strong. They really taught me to be the same. I think that their experience in this country had a profound impact on me.

You didn’t work in the tech industry before founding Girls Who Code. What was your relationship with technology or computer science when you were growing up?

I’m totally not a coder. I was terrified of math and science growing up—I’m a really a bizarre person to start Girls Who Code. But that fear of math and science was something that always haunted me in my career. And I felt like so much of that was cultural. When I was little, I got messages that this is not for you, that it’s OK to say you hate math. That influenced me. I feel like my desire to try to dedicate my life to getting more girls in computer science is really about economic opportunity, and educational opportunities. There are so many jobs in this space and less than 25 percent of them are going to be filled by women. At a time where there’s so much innovation, women are being left behind. I wanted to do something about it.

Can you describe that lightbulb moment when you not only saw a need for an organization like Girls Who Code but realized that you wanted to be the one who created it?

I think the idea for Girls Who Code came to me when I was running for office and really seeing, basically, the lack of women who were in school [for] technology. And I think the moment when I was like, “This is where I’m going to dedicate my life” was during our first summer program in 2012. I was watching what the girls were building and the problems that they were solving—[a girl named] Cora building algorithms about cancer because her dad had cancer; [a girl named] Leslie building websites for Latina women who were running bodegas but didn’t have a social media presence. It made me realize what was possible when you give girls access to technology. They’ll build everything and they’ll build anything.

What were some of the initial hurdles that you encountered?

When we started in 2012, people weren’t thinking about coding. In 2012, it was a very different world. I think educating people about why coding is an important 21st century skill set, and also why it matters if girls are not a part of this innovation, was really important in the beginning. But, you know, the other thing I would say is that from the beginning we’ve gotten so much support. I think that people realized why this is so necessary, why this is so important, and why we have to do something about it now.

Now that Girls Who Code is thriving and growing every year, what does a typical work day look like for you?

I don’t have one now. My son is 11 months old, so one of the biggest priorities for me is him and making sure that I have the time to be the kind of mom that I want to be, and the type of CEO that I want to be. That’s really important to me. I travel a ton. I’m probably on a plane or a train once or twice a week, which is hard, especially because I’m a new mom. I try to do these cross-country overnight trips, which can be exhausting. I love my team. And so, right now, even though I live in New York, I move to San Francisco for a couple of weeks so I can spend time with my San Francisco team. We have probably over 40 people working for us, and we’re a sisterhood that’s building a sisterhood.

Who are some of the female engineers or other tech professionals who inspire you and get you psyched about the future?

I’m a big fan of Danielle Feinberg who is at Pixar. She’s an engineer there and [she] does amazing, amazing things. I’m always inspired by Sheryl Sandberg and the work that she’s doing, getting women in leadership. I’m inspired by Emily Reid, who is the head of our education department. She does awesome work every day and is such a role model for the girls in our program. There are countless women who have been mentors, who have been teachers, who have been TAs, who have dedicated their time to this movement.

How can Girls Who Code benefit girls who are looking to pursue careers outside of the tech or engineering sectors?

You don’t have to go into the tech field, but I do believe that you have to learn to code. And I hope that many of our girls go into non-traditional tech industries and use their coding superpowers to solve world problems. I’m a big, big fan of Megan Smith who is the CTO of America. She’s solving incredible problems—gun reform, immigration. I hope that we have an army of women who work in Washington, solving these problems.

You encourage women and girls to embrace failure. Can you explain that concept?

If you haven’t failed, you haven’t done enough yet. I have failed so much—I applied three times to get into Yale Law School, I lost two elections. I think failure is so important because it teaches you bravery, and it also leads you to a more authentic life. Like, had I not lost my first election, I never would’ve started my program. Failure is really, really, really important. ♦