Interviews with our most daring friends. 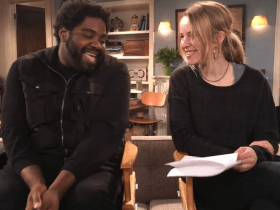 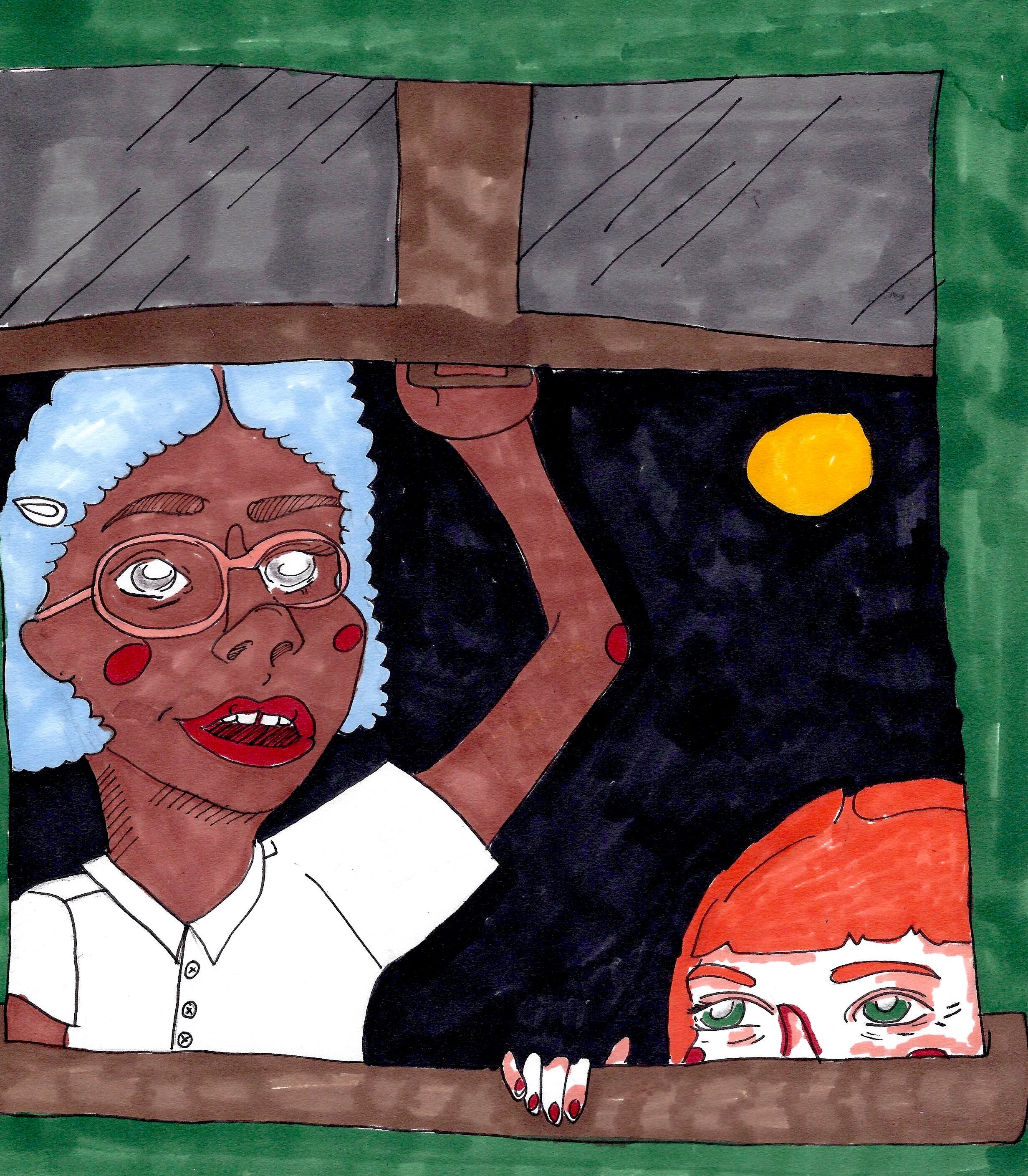 Middle school was the best and worst time of my life. I had just moved halfway across the country to attend private school in humid Baltimore and live with my cousins. Like everyone else, I spent time reading books and watching movies to prepare for blossoming angst and painful physical changes. Somewhere along the murky way, I actually made friends—a group of friends—which was a surprise to me and perhaps a few concerned teachers and family members.

Midway through seventh (or was it eighth?) grade, two of my friends Mekhi, Michael, and I formed a trio that we dubbed “The Unholy Trinity.” The name was taken from the trio of sardonic, synchronized cheerleaders from Glee. We created alter egos and elaborate mythology to surround their perilous lives. At one point, there was even a blog and a formation for when we walked down an empty hallway together. It was not unlike the film Heavenly Creatures, if you subtracted Kate Winslet, clever accents, and murder plans, and added band class, Pokémon, and khakis.

It was my first experience of such fast friendship, and of navigating the dynamics of a friend group. At times, it felt as though we acted as one flowing, voracious organism rather than as distinct individuals. Together, we faced many firsts: Our favorite show ending (30 Rock), falling in love with a musician (Mekhi became our school’s resident Beyoncé expert), watching an unchaperoned R-rated movie (we cowered all the way through The Call), internet fights (Twitter), and realizing what it meant to be people of color.

Those three years play back like a dilapidated, Super-8 montage of running through puddles, SNL impressions, thick New England fog, and making shiny-eyed faces during choir. Maybe that sounds like a Lana Del Rey video or an iPhone commercial, but we cemented a friendship that lasted even after we’d walked across the stage at eighth grade graduation, and I’d moved back to Colorado for high school.

Last August, we were reunited for the first time in over a year, lots of photos were taken and we fit right back into the roles we’d carved out during the previous five years. Countless group chats under ever-changing names have made it easy to stay close and, of course, the following interview took place in a group chat, too.

DANNY: Wow, I’m excited that we’re actually having a formal discussion about our middle school days, it feels like there’s too much to talk about.

MEKHI: It was so long ago but feels like yesterday. I’m glad we’re talking through some of it because we were pretty messy.

DANNY: So I’ve been thinking about it a lot lately and I don’t think I actually have a great answer, how do each of you remember the way we became friends?

MICHAEL: Honestly, I don’t even remember it happening. I feel like one day we were just friends.

DANNY: Wow, you know I think I knew Parker and David G. first. We met in our communication skills class in sixth grade.

MEKHI: I see. Also after that I think “the Trinity” clicked the way it did because we were “the minorities” in the friend group. We all became close, but we’re also all close to Nick, so the four of us kinda have another, different bond, not to exclude others.

DANNY: Yeah I think that’s important, the idea that within friend groups individual relationships can be established. I think we all had common interests, like being creative, or maybe even shared personality traits. As we all got older, we started to align ourselves with feminism and social justice in general, or at least what we perceived as social justice.

MEKHI: For me, the fact that I didn’t really get into social justice at first was due to having to get through some personal, internalized oppression.

DANNY: Do you want to unpack that a little bit?

MEKHI: In middle school I dealt with a lot of self-hate and self-acceptance problems. They stemmed from internalized racism and homophobia, the fact that I was closeted, and the lack of representation that I saw in media. I really had no one I could look up to, and that was a recipe for disaster. But then, over the summer, I got onto social media and it really opened up a door for me.

DANNY: The internet being a great platform for education has been reiterated and proven a lot lately, but I also remember there was a time we got really into Twitter dragging culture.

MEKHI: I definitely remember that, too.

DANNY: We didn’t have as firm a grasp as we thought on what we were preaching.

DANNY: Coming back to what you said earlier, I feel like our specific bond was born from the comfort of POC solidarity. That’s not to say that our school wasn’t diverse or encouraging of diversity, I think we just needed to hear from each other, as friends and peers.

MEKHI: That was definitely necessary. In retrospect I appreciate that a lot. Without y’all I definitely wouldn’t the person I am today.

DANNY: Same to you!

MEKHI: In seventh grade in particular, I evolved from this shy child to this just generally big presence. Sometimes I feel that I took space away from other people but me changing maybe also helped change my surroundings for the better.

DANNY: Although I don’t want to disregard any residual regret you may harbor, I feel as though a lot of the attention put on you wasn’t always in your control. What was it like to have been outed at such a close-knit school?

MEKHI: That was one of the hardest things I’ve been through. It made me stronger and more caring as a person. Hopefully my being out caused someone who wasn’t to visualize their future and feel better about themselves.

DANNY: Looking back, it’s interesting to recognize the way other people affected us and were affected by us, just as humans naturally interacting.

MEKHI: At the time that was happening, I wasn’t really considering my impact on anyone else. Now I can notice how much influence friends have had on one me.

MICHAEL: I’m sorry, my service has been strange. Wow, that’s a lot to take in.

DANNY: Oh you’re fine, we’ll give you a minute to catch up. Personally I think I was drawn to all of you guys because of how easily it seemed you were able to be explicitly goofy and fun. After childhood ended, I was never one to start conversations.

MEKHI: We were definitely loud.

MICHAEL: I was honestly a little afraid that our friend group would get bigger, because of how comfortable I was.

DANNY: I totally understand that, the sentiment of wanting things to stay the same.

DANNY: Me three. So now, as super-hip high schoolers, how do you feel you’ve changed since our reckless days of middle school?

MICHAEL: I feel, shockingly, less confident than I was in middle school. But in a good way.

MICHAEL: Around my friends, I felt as though I was on some sort of higher plane. I’d then come home and realize how “low” on the social ladder I was. Now I don’t hold myself up so high, it’s a good feeling like I’ve been exposed to reality. I feel humbled—confident but not arrogant.

MEKHI: I get what you mean, but I still sometimes find myself putting myself above others. Maybe it’s my grades, maybe it’s my social awareness. I feel like I constantly need to not stress myself out with overachieving. I also have to keep in mind that exhausting myself over ignorance is a draining activity.

DANNY: As people of color, I feel like finding confidence is so much harder for us. I constantly find myself in fake-it-until-you-make-it situations.

MEKHI: Being young and out there forced me to do a lot of faking, and somewhere it clicked. I really value those experiences because they made me very comfortable with who I am. I find myself with more security and I really appreciate the friends I get that from.

DANNY: I appreciate you all, too! Well you guys, before this becomes an emoji blood bath, I want to thank you for making time for me and sharing yourselves so honestly.

MEKHI: Of course! This was fun.

MICHAEL: It’s always fun remembering where you came from and comparing it to now. So, thank you!