My Middle Name Is Dare

It can feel like something I have to live up to. 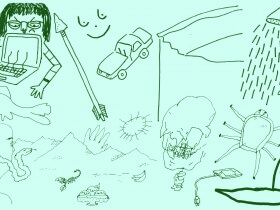 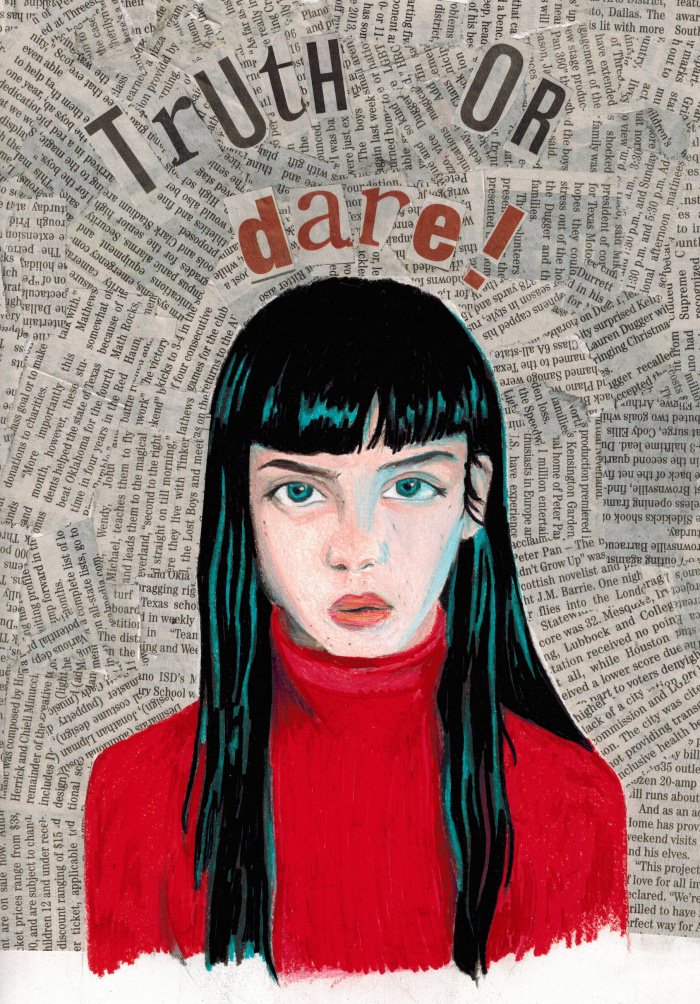 My middle name is Dare. Truly. Amberinne Dare Humphrey. “Dare” was the idea of my mother, a scientist and magical thinker who has more than once told me that she believes in fairies, werewolves, and vampires. She chose my middle name after reading a fantasy novel, its title mystically lost to her in the sands of time. The heroine of the story, an assassin, was named Dare. The sound of it, the meaning, its length, the deadly character’s chutzpah—everything about Dare felt right to her. She was pregnant with me and thought, Yes, Dare will be my daughter’s middle name! Not Jennifer or Jessica or Amanda or any of the other names that were popular the year I was born, but Dare. A friend of my mother’s, who had also read this mesmerizing book, thought she’d made the perfect choice. My father co-signed their whimsy.

I lived happily with this middle name for the first four years of my life—the years before I started school—not realizing that it was in any way unusual, not realizing that my name could be a verb, and a somewhat provocative one at that. It isn’t a common practice to go around telling people your middle name as you get older, but it’s something that children, especially small children, do routinely as a way of expressing and understanding identities that are still in the early stages of development. Accordingly, when I was in elementary school, I knew many of my classmates’ middle names and they knew mine. While most of the kids had different first names, many of them shared a middle name with someone else in the class. Christines and Maries abounded, but there wasn’t a single Dare, aside from me. I felt really, really unique, which sucked. Screw individualism, I wanted a “middle name twin,” especially when I saw that the discovery of this remarkable coincidence was always followed by rabid celebration and what I sensed was a telepathic creation of an unshakable friendship.

One day on the playground, when a kid asked me what my middle name was, I saw a slight nose crinkle that I read as confusion and judgment after I told her. Without allowing her to comment, I said, “Well, it’s also Diane but my family says it’s Dare, too.” The statement was of course untrue, with the hidden bonus of also being totally nonsensical. The girl, rightly, scrunched up her face, and was presumably even more confused than she had been before. The lie was my attempt and failure at social assimilation. I knew it was a dumb thing to say as soon as I’d said it, and I see now that it was, ironically, also not a very daring move. I never told anyone that I was Amber Diane Dare Humphrey again.

As I’ve gotten older I’m less worried about how other people react to my middle name and more worried about what I feel the name demands of me. I have anxiety that runs the gamut between garden-variety twinges of nervousness when faced with everyday stresses like impending deadlines or my ability to manage money, to more profound and crippling panic about abstract and unsubstantiated concerns. I’m sometimes afraid to speak to new people because I’m worried they’ll think I’m an idiot or uninteresting. As a writer, I’m too afraid to approach the page with abandon, so preoccupied with imagined ineptitude that I’ll stare at a blank Word document, incapable of typing anything. When I’m frustrated with myself for not being able to move forward, when I’m infuriated by my inaction, I can’t help but think about my middle name. Should a person who’s like this—like me—be called Dare? I’d always assumed it threw people off because it’s so unusual, but could it be because it’s so ill-fitting?

When I think of Dare as a verb, then my first and middle names form an imperative sentence. Taken together, they became a directive, a challenge, a mandate on how I should move through the world. My name isn’t Amberinne Cower or Amberinne Snooze. It’s Amberinne Dare. As my mother filled out my birth certificate, she gave me a name and what could be considered an earnest bit of guidance: “Be bold, be brave, dare.” That’s a lot to saddle onto a person fresh out the womb. Later in life, it can be a lot of pressure for someone who is mired in self-doubt and fears about the future. A name like Dare, which was supposed to inspire self-assurance, can start to feel like something that I have to live up to.

I see the beauty in wanting to tie some lofty or honorable concept to a child through their name. It’s actually a lovely thing, when you consider the idealism that must be behind that decision. I’ve only ever had the chance to name pets, stuffed animals, and a few of my larger zits, so I don’t know for certain all of what goes into the baby-naming process. Aside from wanting a child to be unique amongst their peers, I imagine the reason many parents select Maverick or Blaze, as opposed to something more traditional, is that they want to preemptively equip their kid with a little confidence.

My mother says that she believes a person can “become their name”—that is to say, that they can grow to embody whatever their name means. While I don’t quite know what it would take to fully embody the word “dare,” there are times when, despite my anxiety, I feel it suits me. As a young girl, I climbed trees, hopped fences, and defended friends against playground a-holes, which once got me punched in the face by the largest boy/orc-child in my elementary school. When I started high school, I never had significant reservations about running for student government, trying out for sports (even ones that I’d never played before), performing in talent shows, or making ill-advised declarations of affection to crushes via notebook-paper love notes. During senior year, I didn’t apply to a single local university—I was totally willing to take a gamble on a city and college where I had no friends or connections. I don’t think that there’s been a moment when I literally thought, My middle name is Dare, so I shall endeavor to be courageous and take risks. When I’ve done things that could be perceived as “daring” I’ve always thought that it was because I was guided by passions and goals that were strong enough to quash apprehension. But maybe Dare isn’t just a middle name. Maybe it’s a one-word spell that my mom cast the day I was born. And in those curious moments when I’ve somehow managed to push past my anxieties, the magic kicks in. ♦