Asking to get tested was scary but worth it. 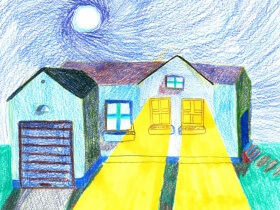 Friday Playlist: This Night Is Mine 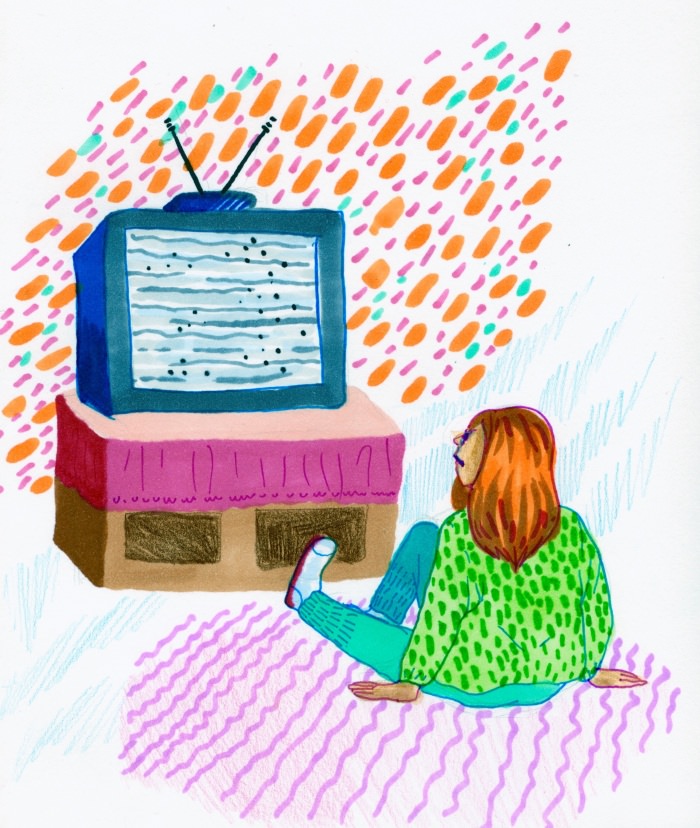 I was in class, trying and failing to do some work. I complained to my friend about how I just couldn’t focus, and this annoying boy overheard me. “Maybe you have ADHD,” he said. Not knowing how to respond, I thought about what I knew about ADHD. In my house, it was an insult. Whenever my absent-minded sister did something wrong, like not listening when people were talking to her, she was bitterly accused of having the disorder. Because ADHD had such a negative connotation in my experience, I lashed out. “What the hell is wrong with you? Why would you say that?” The boy turned away and didn’t say anything else.

When I got to middle school, my grades fell off really badly. I went from being valedictorian in fifth grade to barely passing sixth grade. No matter how many times I brought home a bad report card, or how many times my parents yelled at me about those report cards, nothing changed. I stuffed homework assignments in the bottom of my bag and forgot about them. If I did remember them, I put them off. I tried so hard to sit down and do my work, but I’d be at my desk for hours, constantly getting distracted doing just one worksheet. I often wondered, What’s wrong with me? My friends were able to maintain their grades. Some of their parents would be mad if they brought home a B. I felt lucky to be getting Cs.

My parents were disappointed in me, which I hated, and sadly that disappointment did not stop at grades. My lack of concentration and bad memory prevented me from doing common household tasks, too. My mom would ask me to feed our dog, and minutes later I’d forget that she wanted me to do anything at all. I got in a lot of trouble for stuff like this, and it was so difficult to explain to her and my dad that I wasn’t purposely defying them. I just genuinely forgot. I’d be talking and forget what I was saying mid-sentence. I’d have to pause and ask the other person what I was talking about, which made me feel like a doofus. It was even worse when people were talking to me and I’d forget what we were talking about. Asking what they’d said felt terrible because I knew they’d think I wasn’t listening. The problem was, when they repeated themselves, I usually got distracted again—and asking for clarification twice was a huge no-no for me because it was so embarrassing.

After a while, everything got to be too much. I was about to start my junior year, and that’s the most important year for college applications. I didn’t want to risk not going to a good school because I wasn’t able to focus. Even though I was scared my mom would tease me, I told her that I thought I might have ADHD, and that I wanted to get tested for it.

I didn’t know how I’d be tested, and I had no idea it would take so long. To get diagnosed, I had to demonstrate that I showed ADHD symptoms at home and at school. I had to ask two teachers to fill out forms, which was kinda scary. I wasn’t really comfortable with talking about it to them, so I just dropped off the papers and ran. My parents and I had to fill out some forms, too, and then we had to have a family evaluation. We took a test called the Brown Scale, which screens ADHD symptoms. We were asked to rate how often certain things happened at home—for example, “How often do you fail to complete a household chore?”—and we all answered where we thought I fell on the scale. I had to take a test on the computer, too. After that, I waited for two weeks. I was kinda antsy about it but eventually we got to my appointment and my doctor said that I had ADHD. I already figured I did, but I was relieved that I could get prescribed meds to help with it.

For the most part, my family doesn’t use “ADHD” as an insult anymore. My diagnosis has made them more interested, if anything, even though it’s in a hush-hush kinda way. They have a lot of questions about my medication, like, “Why does it make you lose weight?” and, “Can you tell if it’s working?” They also still do things that make me feel kinda bad. Sometimes at my mom’s house, my mom or stepdad will put my meds somewhere people can’t see if they have friends over, and I can’t help but wonder if they’re ashamed that I take ADHD medication. So maybe it’s an insult in a different way, but it’s not the worst thing that could happen.

Getting diagnosed can seem like a scary thing because it’s hard to let your guard down and talk to your family about something so personal. But in the end, if it helps at all then it doesn’t really matter. Now that I have my meds, I can tell that my focus is better. It’s clicked that if I don’t do my homework, I won’t be able to reinforce what I learned in class, and if I don’t understand what’s going on in class, I’ll probably do badly on my tests. I got a 3.67 GPA my first marking period this year. That was one of the best feelings ever. ♦