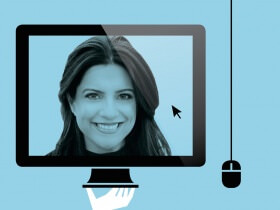 Why Can't I Be You: Reshma Saujani 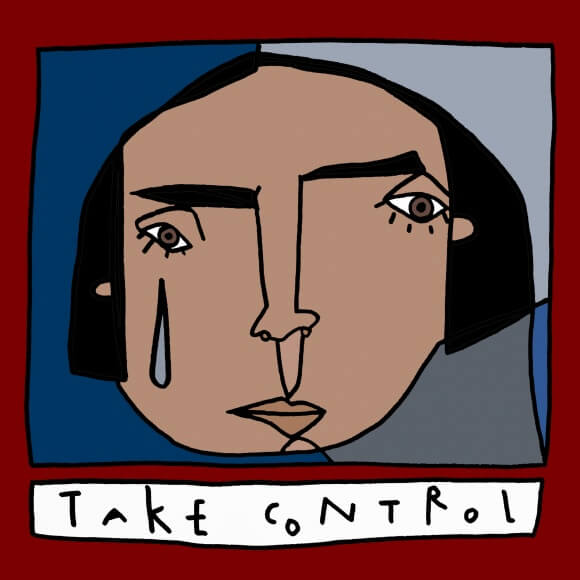 As a kid, I tended to float through the days doing what was expected of me. I followed along with whatever I was told by my parents and teachers and stuck with the rules without batting an eye. There was comfort in knowing that there was always a “next destination,” another target to hit in the predetermined Game of Life. Constantly knowing what would come next gave me a sense of reassurance, of peace, that followed me all the way through high school. Having never really lived without it, I thought I’d be able to rely on this feeling of perma-stability after I graduated, but I was wrong.

I don’t really know where I’m going with my life right now. There are a few certainties: I’m studying a kinda-sorta random array of material in my university classes, and I hope to work toward a career in business in a few years. That’s the plan, at least at the moment. While it sounds solid enough, not too long ago everything I thought I’d be doing for the next five to 10 years was completely, totally different.

I started off wanting to be a doctor. Why? It seemed like it satisfied all the arbitrary criteria I’d set out for myself: It was a responsible, “noble” career, and it was definitely on the list of “acceptable jobs” that my very academia-centric Asian family had quietly chosen long ago. If I pursued the M.D. life, I would be able to make my parents proud and shield myself from the cultural scrutiny so often directed at those who dared to venture outside the Big Three: law, medicine, and engineering. Nobody could say becoming a doctor was frivolous or trivial. Besides, the people in my year at school who’d declared it as their career of choice were always the ones at the top of the class, the smartest, the most scholarly and academically gifted. Many of them were my close friends. I saw a lot of praise and awe directed at their sphere, which I wasn’t really a part of, and I wanted in. Once I’d voiced my decision to join them, it seemed like there was no way to take it back. It was out there forever.

When my friends and I all started applying for universities, it turned out that a lot of them already knew exactly where they wanted to go and what they wanted to study after graduating. It was as if they had their whole lives mapped out, and I felt like a fraud feigning certainty where there was only nervousness. I was afraid of being pitied if I weren’t as confident and self-assured as everyone around me, and under the ever-mounting pressure to choose a path I enrolled myself in the biology program at a local university, still intent on following through on the whole med school thing.

My mom, ever the observant one, questioned why I’d chosen to major in something so different from what I obviously enjoyed. I was totally enamored with writing, drawing, and dancing; on the flip side, I hated physics, despised chemistry, and abhorred calculus. “Biology is OK,” I replied. “And besides, if I want to become a doctor, it’s the best program.”

I went into my first semester of university a bright-eyed, innocent soul and quickly became frightened and anxious. As I sat in class day after day, I began to realize that my mother was absolutely right: This wasn’t what I was interested in, and there was no chance in the depths of hell that I could imagine doing and talking about and living the stuff I was being taught for THE REST OF MY LIFE. It was my worst fear. Everything I’d thought I was so sure of was crumbling before me, and it seemed I had no way to stop it. When I went to school, I tried to repress the serious doubts I was beginning to have, like, 24/7, but they overwhelmed me.

As midterms came and went, everything started going downhill. I cried buckets of tears for weeks over my grades, stressing and worrying about withdrawing from classes. “Maybe I should just drop out,” I told my parents. They told me to buck up and study harder. More tears. Counselors and well-intentioned friends asked me gently what might be the right choice for my life, and I had no answers. I didn’t know what I wanted to do, and I felt so alone. I was in the thick of a midterm crisis, and nobody could bail me out except…me.

After a few weeks of fretting and freaking out, I calmed down. It’s not over yet, I said to myself. I still have time. Endless time. Forever. I researched different possibilities: Were there other things I’d overlooked in my quest to follow the One True Path I’d (mistakenly) thought was the only one for me? Were there faculties and programs and majors I hadn’t come across that might sing to me the way science hadn’t? Why should I be confined to the box I’d hastily put myself in when I was in flux, under a huge amount of stress, and dealing with the tons of changes that come with leaving high school?

I branched out. I talked to older students, consulted advisors, and stayed up late on the internet exploring every avenue I could think of, stumbling across new careers and majors, racing against an imaginary deadline to choose a direction. I was desperate to regain the sense of control and stability that I’d been so accustomed to. It turned out there was a world of opportunities I’d breezed past—and on top of that, almost every single person I talked to said the same thing when I asked them how they got to where they were: “I kind of just…fell into it.” Their best choice was almost never their first choice.

After weeks of confusion, I took a leap of faith and switched my major from biology to business. I even swapped minors to fit in the extra English and writing courses I’d longed to take while bound by the constraints of my ill-fitting science program. When I chose my new major, I thought about what my mom had said months ago about pursuing what mattered to me—there were so many options out there, and I had to make a decision. I loved writing, but I was hesitant to put all of my stock into it and jump into it as a major. At the end of the day, I was afraid: afraid of what might happen if I couldn’t find a job and had to abandon writing forever, afraid of straying too far from the beaten path and disappointing the people who meant the most to me, afraid of the disparagement I might face if I ventured outside the Big Three. Business seemed like a crossroad where everything swirling in my head intersected and intertwined. There were so many different subdivisions within it, and advisors assured me I could work economics and finance into any career I might set my sights on in the future. I convinced myself that I could be satisfied as long as writing remained an important part of my life. Business felt safe.

I got a lot of criticism and bewildered reactions from my friends and family when I finally broke the news of the Great Major Switcheroo, but the relief I felt after being freed from the shackles of studying something I hated far outweighed the challenge of convincing everyone that, despite what I may have indicated before, science really, really wasn’t for me. That said, as soon as I enrolled in my new set of classes I felt anxious again—but this time it seemed like was a good kind of anxious; an I can do this; this feels right kind of anxious. It’s worked out so far, but deciding if what I love is the same as what I should do forever, for a career, and reconciling what I want and what I’ve been told I should want, is still something I deal with on the daily. I’m still not 100 percent sure if my goals will change again down the road, but I’m happy with the path I’m taking—for now. ♦

Victoria Chiu is a student and writer perma-chilling in the land of snow and maple leaves. She can be found under an immovable mountain of homework or, alternately, at her website.