Just Wondering: How Can I Stop Being Jealous?

What to do when your new friend’s BFF makes you green-eyed. 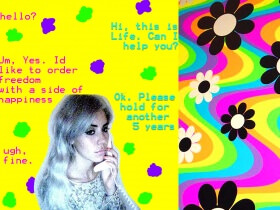 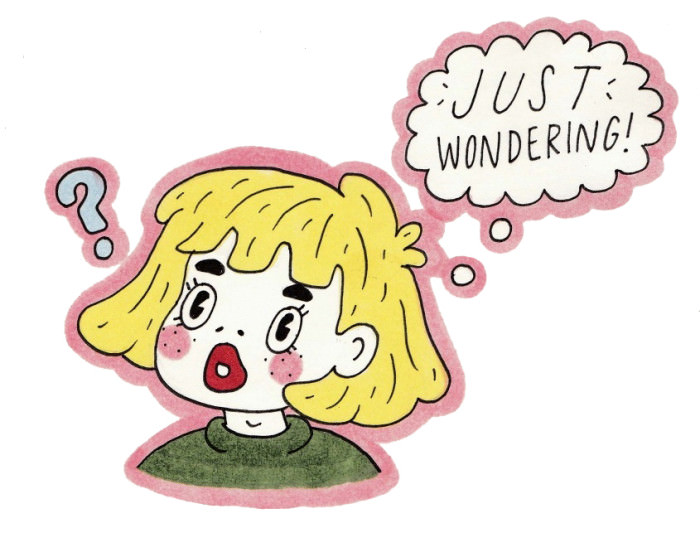 Recently I gained a wonderful new friend at college. I love spending time with him and we consider each other one of our best friends. However, he also has another best friend, S., from back home. I have friends from home, too, but whenever he brings up S. I become incredibly jealous and can’t help but compare myself to her. I hate feeling like I’m the inferior friend, but I don’t know how to get over these feelings of jealousy and how to stop comparing myself to S. Should I talk to my friend about these feelings, or is there something I can do on my own to work through these bad feelings? —Jackie, 18, Michigan

The idea that you’re having “bad feelings” is more restrictive than the actual green-eyeballs outlook you’ve developed, I really do think, Jax Attax. Before we parse all the rest of what’s going on in your letter, let’s establish one true-across-the-board fact of having every human feeling known to us (plus the ones of which we remain unawares): Feeling bad about feeling bad isn’t going to help you with squat. Plus, we don’t want you to, especially because you don’t have to.

As you write, you’re unsure how to JUST STOPPIT ALREADY, GOD, BRAIN, SHUT UP! when it comes to your jealousy. Accept that! I am going to ask you to do something that might come off as counterintuitive: Allow yourself to feel jealous, because, obviously, you’re going to feel it no matter whether you want to or nah. The way to wash yourself clean of envy, or any other slime-feeling, is often by getting it all over yourself first. Write it down, as you have here, or confide in a friend from home (not one from college) about your MASSIVE JEALOUSY, or just think through it on your own, decisively, in a curious, not self-critical, way. You feel jealous. This is OK. It’s not going to consume you alive or wreck up your world. Knowing that will help alleviate so much of this particular brain-mode.

I bet you downright want to screech at me because of course you know you’re jealous, and yeah, squaring up with that helps, but you still sometimes feel like you are standing uneasily in the ill-fitting dotted-outline of S., and it blows. Now what? How do you contend with thinking, He only wants to hang out with me because S. isn’t here! Luckily, there are some facts we can review that will handily quash this line of thinking:

A future-based idea that could also help ease your jealousy: Do you think S. will come visit your pal at school at some point? If so: You will see that she is a person, and not some super-spectacular friend-genius to which you could never possibly compare, and you’ll, in addition to giving them plenty of catch-up space and time, all hang out together, and it will likely be rad—if he’s great, and she’s one of his other best friends, the transitive property usually offers that she too is great—although not in you-eclipsing ways, because, as mentioned, no one can be you but you. And if she sucks? You won’t be jealous of a person who sucks. Either way: ENVY = DEADED.

Unless your friend seems to be consciously trying to make you feel nervous about your positioning in his life, I wouldn’t bring it up to him right now. (And if he is trying to lord the fact of S. over you somehow: This personage is not your friend! RUN.) This seems like more of a topic at hand for you to think through, because he sounds like he’s just trying to share his life with you. I’m sure you want him to feel good in doing that, and if a person thinks that they are hurting you by being forthright, they might worry about bruising your feelings and withdraw. I promise that your friend adores you, and I’m so glad you found someone special to hang with at school, babe. Focus on how rad that feels, and don’t be so hard on yourself, a person who sounds like a lovely and thoughtful one. Mad affection and permission to you, Jackie, in this and all matters. ♦

Is something in your life troubling/puzzling/stumping you? Email your question to [email protected]—including your AGE, FIRST NAME/INITIAL/NICKNAME, and CITY—and we’ll give the best advice our hearts and brains have to offer <3