The Filipina musician wants to be known for her songs, not her age. 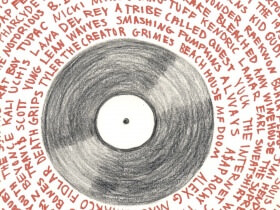 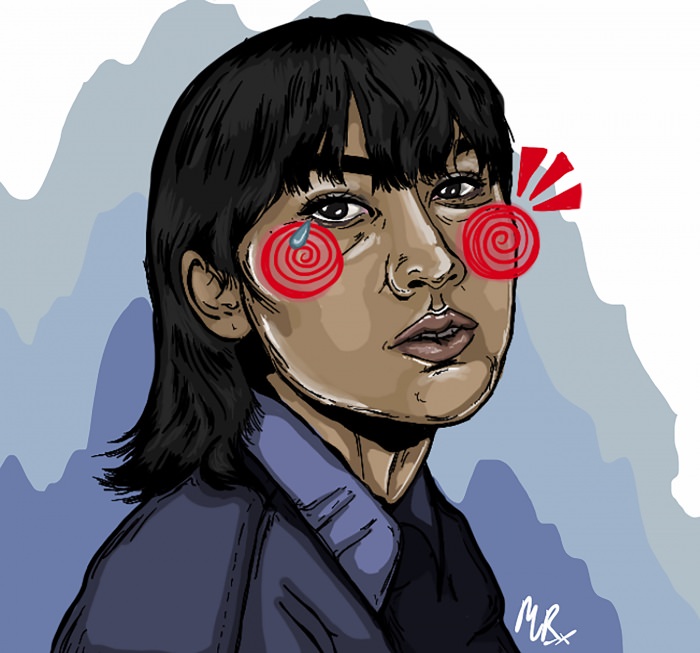 At 20, Filipina electronic musician BP Valenzuela is not far from the jaded teenager that she was a couple years ago. Back then, she got ripped off by a male producer after going to a recording studio—an event that changed the course of her career. That unfortunate experience pushed BP to start making music independently (with the help of YouTube and online forums) from the comfort of her own bedroom. The do-it-yourself aspect of her production process made people take notice. She released the be/ep EP in 2014 during her first year of college, quickly following it up in March 2015 with The Neon Hour, a full-length album filled with ambient electro-pop sounds.

Stories about BP have focused on how she’s achieved so much as a young girl in the electronic music industry. While she is grateful for the exposure, she doesn’t like it when people put a premium on when a person starts their career. BP wants to be known for her music—not her age. I got to chat with her about her musical influences, the “tapestry of feelings” that plays a big part in her songwriting, and her DIY performance setup.

GABY GLORIA: You’ve mentioned that your music is generally self-aware, but how would you describe your sound?

BP VALENZUELA: My sound…it’s very soundscape-inspired. It’s very inspired by ambient music, from obvious pioneers like Brian Eno, the Album Leaf, Radiohead. Also the production of early Death Cab for Cutie. Electronic music, like Ryan Hemsworth, Spazzkid, ModuloGeek. Local dudes like Similar Objects. I also listen to a lot of Drake. I’m not gonna lie—the way my music is confessional in a happy/sad way owes a lot to Drake. [Laughs] Well, Drake’s music is like kind of getting sad at a club, I guess. And my music is like getting really sad in a car for no reason. That’s how people have described it. They’re just like, “Oh, I was in traffic and I was listening to your music.” The fact that people have been saying that they’re usually in transit when they listen to the album is kind of a surprise, but also a pleasant surprise because I wrote it in transit. So I think the feeling translated well.

The music and the words are inherently tied. I didn’t write one before or after another. I wrote them as one. And it’s usually just writing on my phone on the train, or sitting, waiting for people while I’m parked. Or like, making music on my laptop. Or literally on the plane. For the past two years I’ve been traveling a lot, and it really affected how I wrote about things because I had to deal with being alone and far away from a lot of people. It just made me unnecessarily think of the worst things. You know when you’re in bed thinking about the time you peed your pants when you were three? It’s kind of like that.

When you’re on a plane, especially.

When you’re alone and you’re surrounded by people with eye masks and earplugs, and you’re just like, I love marathoning Master Chef Junior on the screen, but I have to take a break. I get to think about all those things like my breakup from five years ago, or, you know, the person you dated for two months and thought, “Oh, what if we ended up together?” Stuff like that. It wasn’t necessarily like a whole. It wasn’t like my EP, which was a derivative of my breakup. It was a series of moments that made me sad, and they all coalesced into one whole looming cloud of sadness that kind of made me want to make the album. It just so happened that I was always alone and traveling, and that helped.

Loneliness, and melancholy. Like happy/sad. Like Drake and Death Cab for Cutie. That’s how I usually describe my influences for the album.

How does that work with your music—do you think about the beats or the sound? Does it just play in your head?

My songwriting operates more on feeling than memory. I like talking about a feeling more than an explicit memory. Like, “It’s 2 AM, it’s raining,” like Taylor Swift—you know. I don’t wanna be like, “It was here, it was there, it was this time.” I don’t do that. That’s why I guess some people relate to it a lot. Because when you frame it that way it’s very…

It’s kind of isolating. Not everyone experiences it exactly that way. It’s so specific, but…

It’s so specific, but it’s still relatable ’cause there are no exact [details]. I mean, it’s personal. It resonates with people because I think people have felt that weird, unexplainable feeling before. When I write music, I don’t sit down and say, “I’m gonna write some music.” I feel a certain way, and then I have my phone and do a voice memo for a hook or a melody, and I weave the whole song around that idea. If I give examples, the first six notes of “Even If You Ask Me,” or the hook of “Pretty Car” or the beat of “Steady.” I usually weave around a musical idea, but the words always flow immediately.

As you write these things, of course it kind of makes you sad. Not because you wish to be sad, but while you’re writing it, you have to immerse yourself in the sadness that made you feel that way in the first place. That’s why I took a trip to New York after I wrote the album. I was literally wading in my feelings, and almost every night, singing it as well. So I took a break to write. But what I did mostly was find things to write about. I would go around to museums. I had a glass of champagne before going to the Whitney, near the High Line, and I was thinking, “Wow. American art is so beautiful!” If [anything] could epitomize my whole New York trip, it would just be being really alone. I like being alone. It doesn’t necessarily make me sad. It just feels peak me. You know how some people feed off the energy of other people? I kind of just wallow in my own depressing energy.